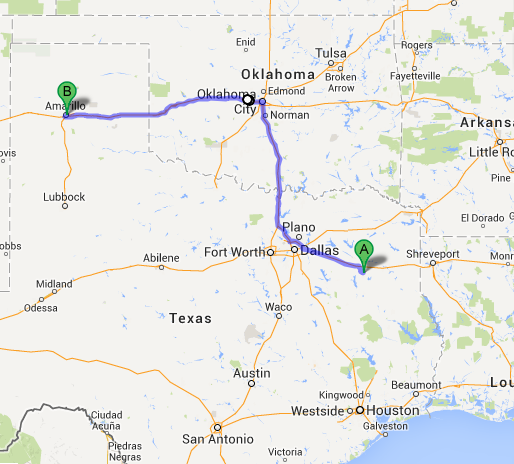 It seems everything really is bigger in Texas, especially the state! We did go through Oklahoma today, another first for us. The state total for the day was two: Oklahoma and Texas (again!). 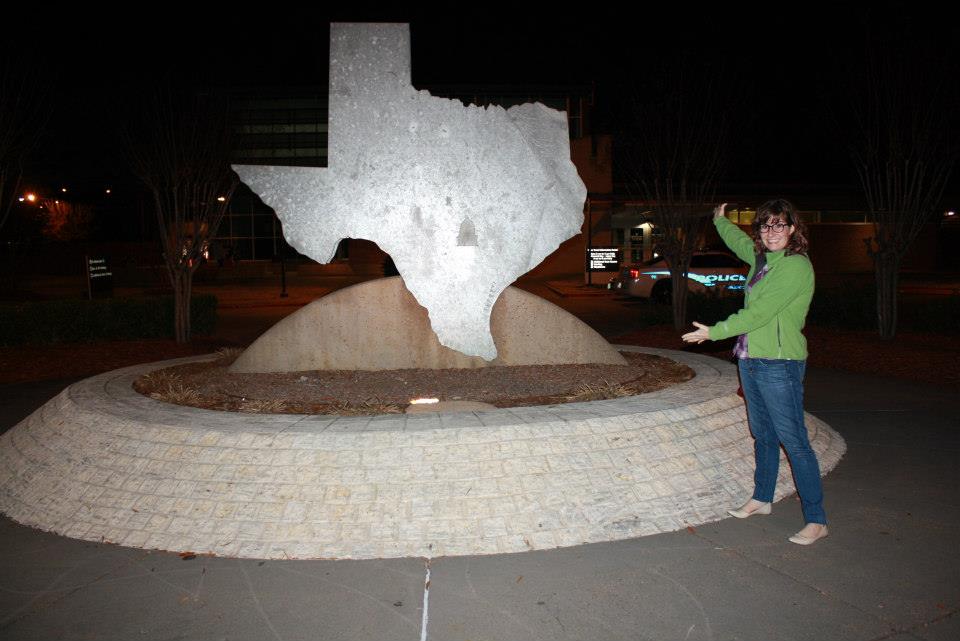 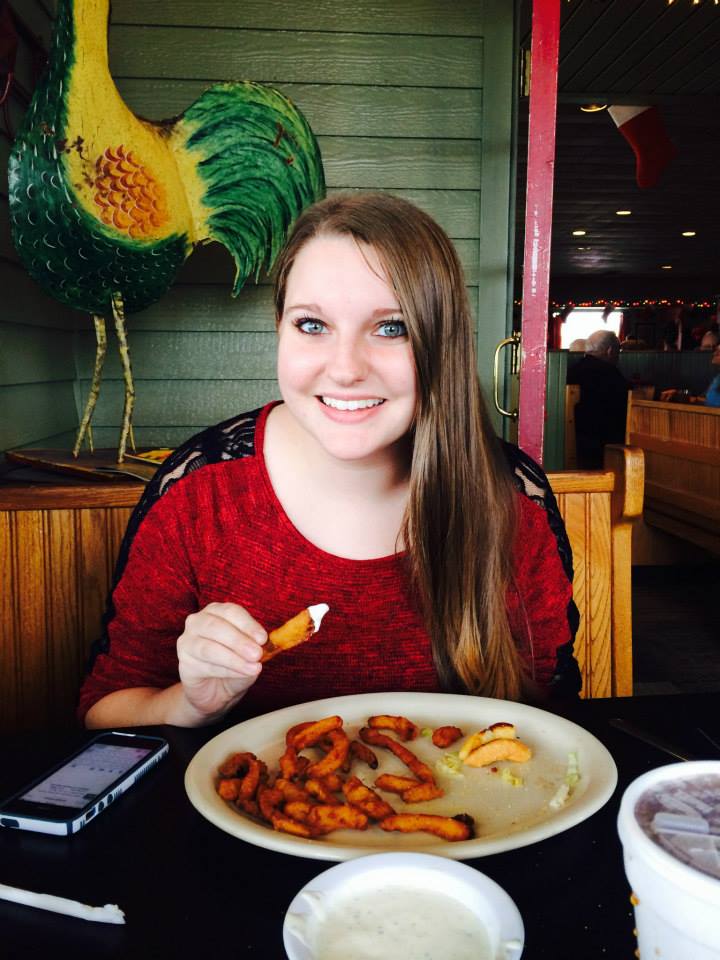 We chose to eat at local restaurants today; lunch was at Prairie Kitchen in Ardmore, OK and dinner was at El Manantial in Amarillo, TX. At Prairie Kitchen, I was introduced to these things called “Texas Toothpicks” (which I’ve never heard of personally), which are essentially fried and battered onions and jalapeños. One word: addictive. I generally don’t eat fried food, but those were tasty! For dinner, Katie found an authentic Mexican restaurant : El Manantial. The word means spring in Spanish… I looked it up just now. It was once again cheap and very good! No wonder it had good reviews! 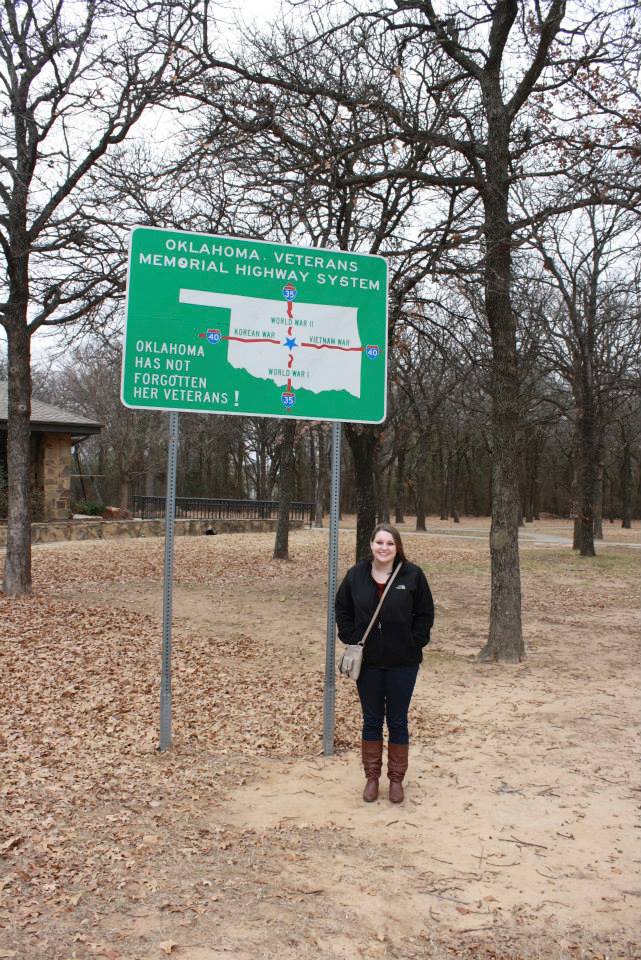 I had to take a picture with Oklahoma’s sign, even thought it was lame!

Something that we noticed while driving through Texas was that some roads have the abbreviation F.M. and we were wondering what it meant. According to good ol’ Wikipedia, it means that they are farm-to-market roads. There’s also R.M. roads which means ranch-to-market. These roads are part of the connecting system in Texas, and maintained by the Texas Department of Transportation. This is something I’ve never seen in Florida! 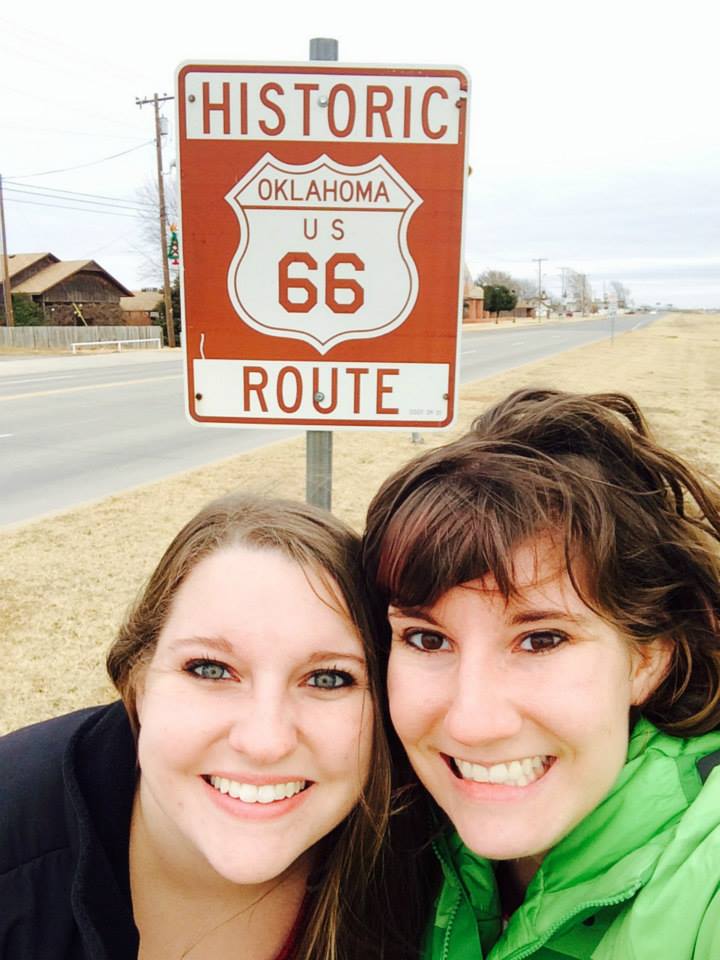 Getting our kicks on Route 66!

Another fun thing we did today was drive on historic Route 66 (in Oklahoma)! We saw signs for it while driving on I-40 and I googled it and realized we were running parallel to it on the highway. 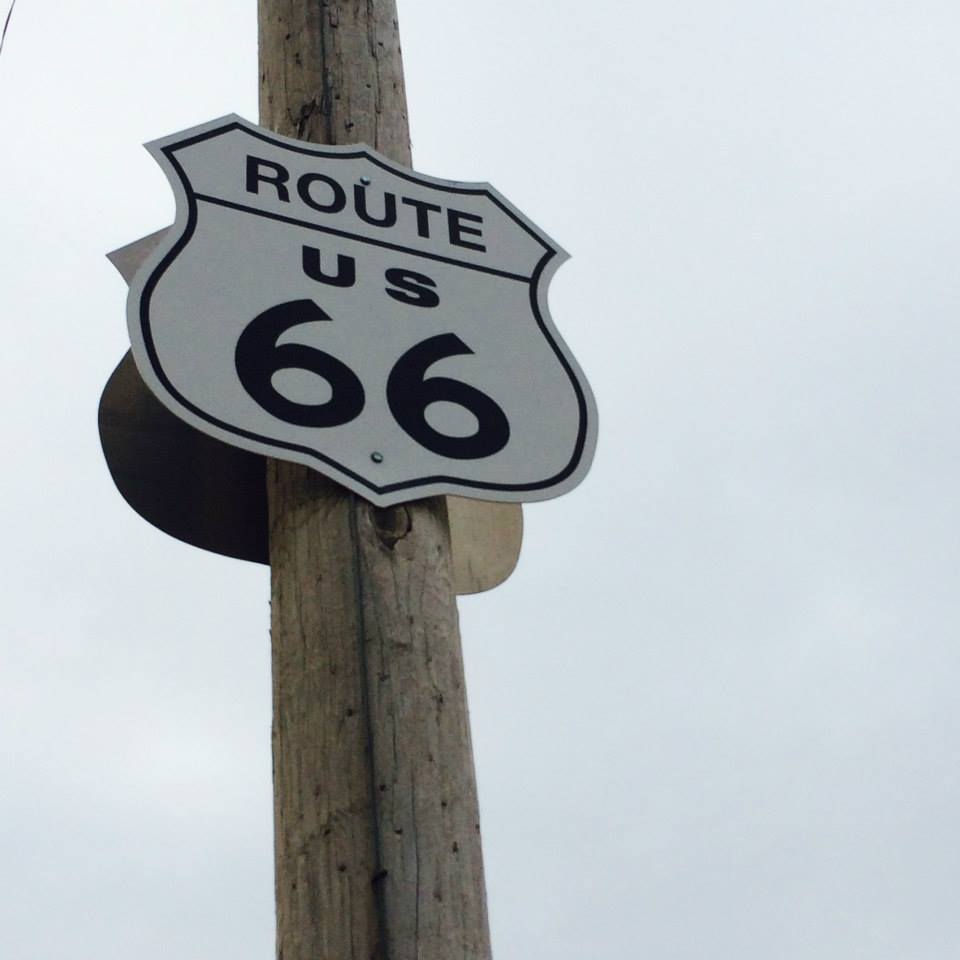 I was super excited to include this on our trip

We got some new license plates today too! (The list is currently in the car, so I’ll have to add it to the next post). But the cool thing we learned about was the Cherokee citizens living in all 77 Oklahoma counties can now buy Cheorkee Nations license plates. We noticed a few while we were playing the 50 States game today and couldn’t recognize the state title so we found out about this little tidbit. Here’s the story we read about this new addition in August 2013. 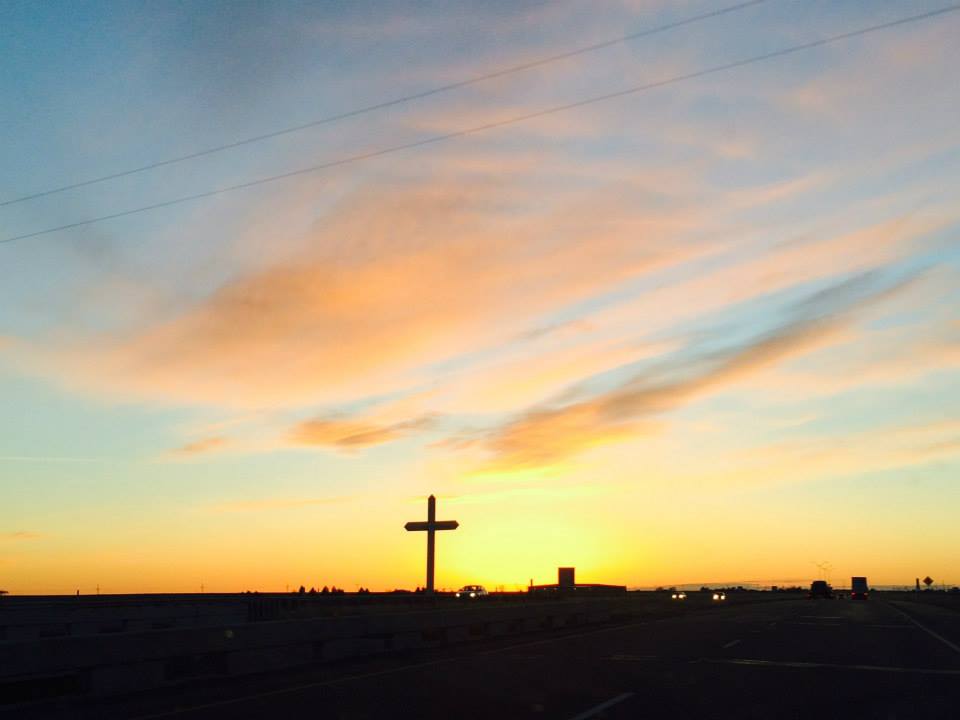 Our day ended with a beautiful sunset in the huge Texas sky. There was nothing in any direction, except for open road. I’ve never experienced that much barren, flat land before!

Where Have I Traveled? [30 Day Challenge]