This post is the first in a three part Weekend Guide to Portland.

I absolutely loved Portland. I can see the obsession with the Pacific Northwest life. It’s a perfect combination of the laid back style of the West, the ocean, the mountains, the amazing food, and friendly people. 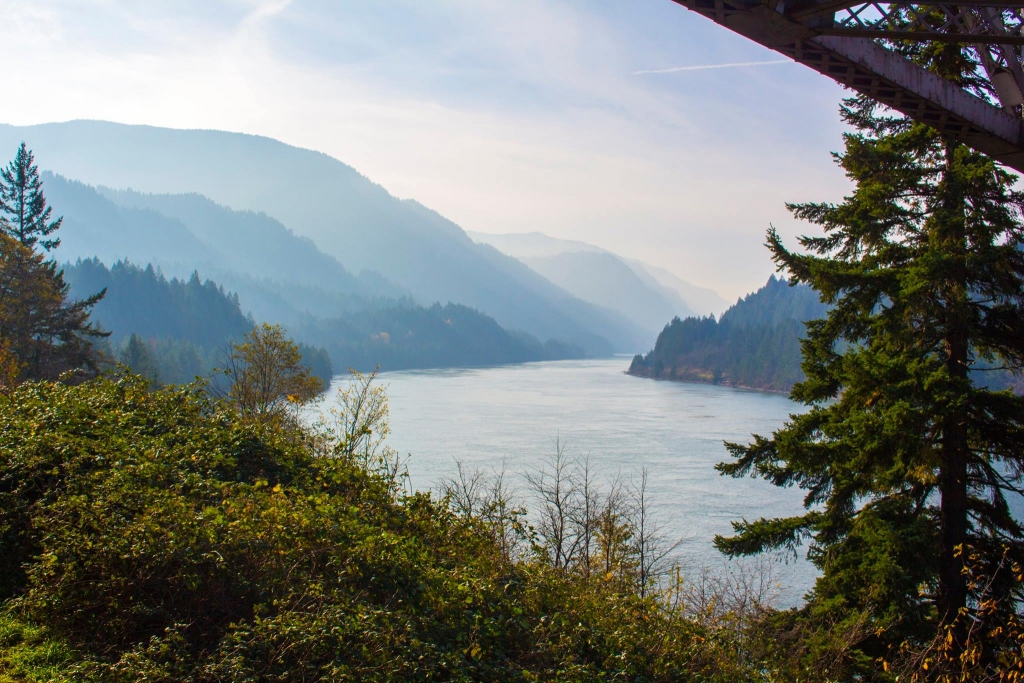 Can I move here? Seriously, though. It just made it to the top of my “Places I’d Move in a Heartbeat” list.

This road trip to Portland was to celebrate my 24th birthday. Of course, when asked what I want to do, I want to travel! It’s about 12 hours from Salt Lake, depending on the route and weather and time of day. We drove in on Saturday and spend three days in Portland, and drove back on a Wednesday. This easily could be a weekend trip for those of you flying in or doing a staycation! 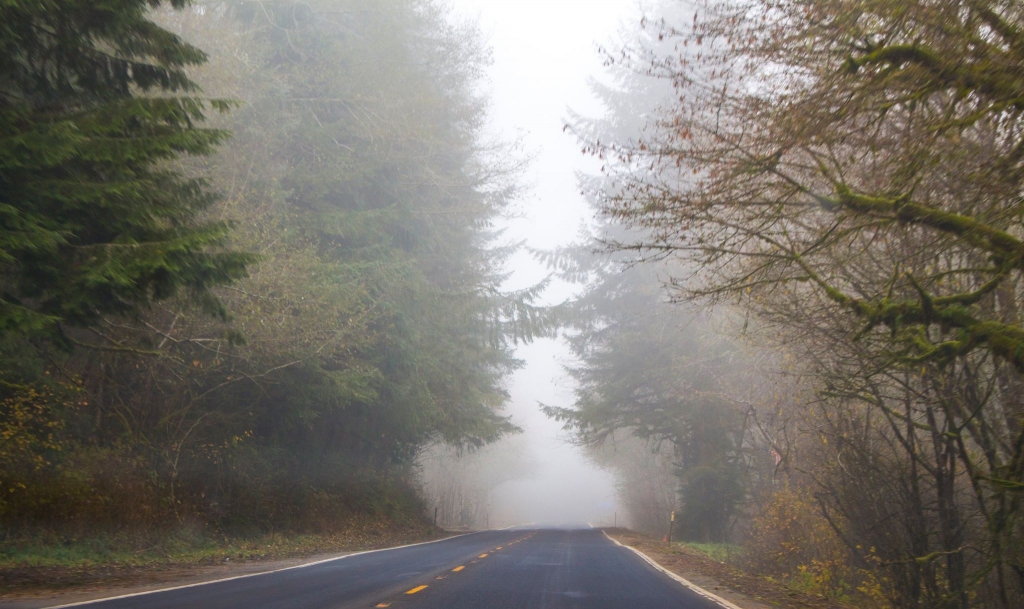 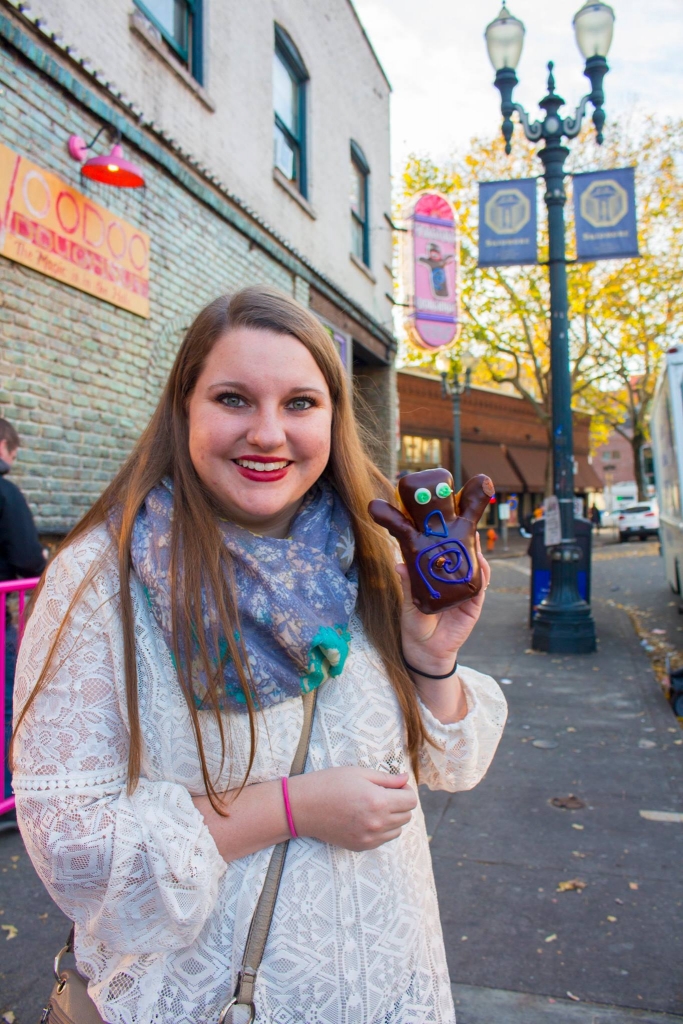 Portland is known for being “weird”. This place definitely encompasses that feeling. It’s definitely a tourist trap, but their donuts are weird, funky, and tasty. If you’re in Portland, I would suggest going. We woke up early that day since I had so much planned, and we happened to beat the line that usually is going out the door. They even have gates to form a line, it gets that busy. When we got there at 8:30am on a Sunday morning, there was no line. By the time we got our donuts and left, there was already a line. Lucky birthday break for me, I guess! 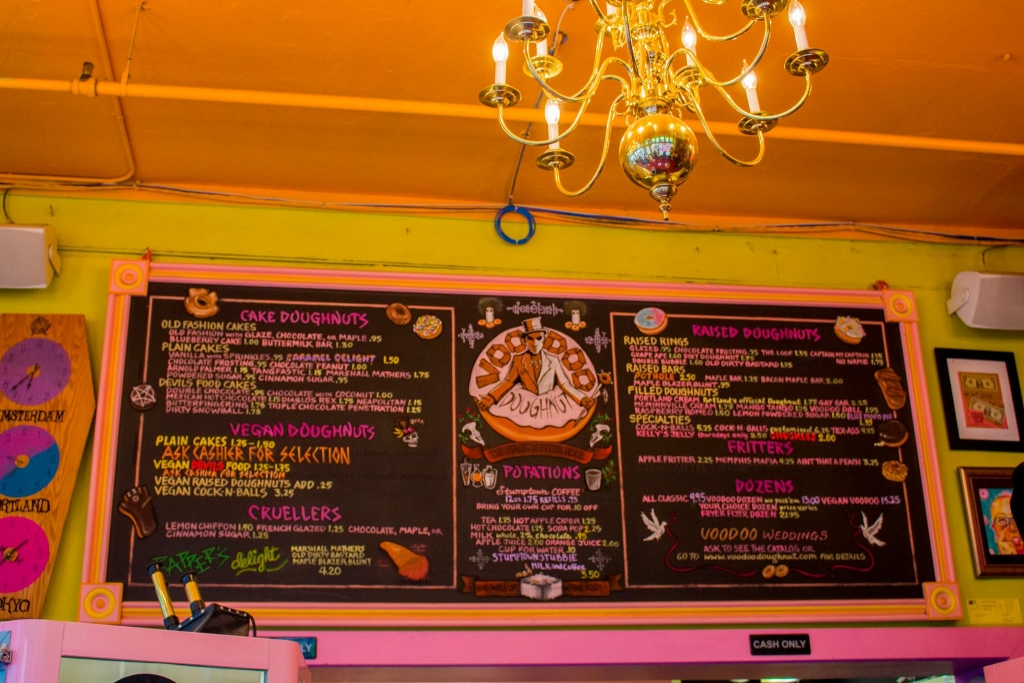 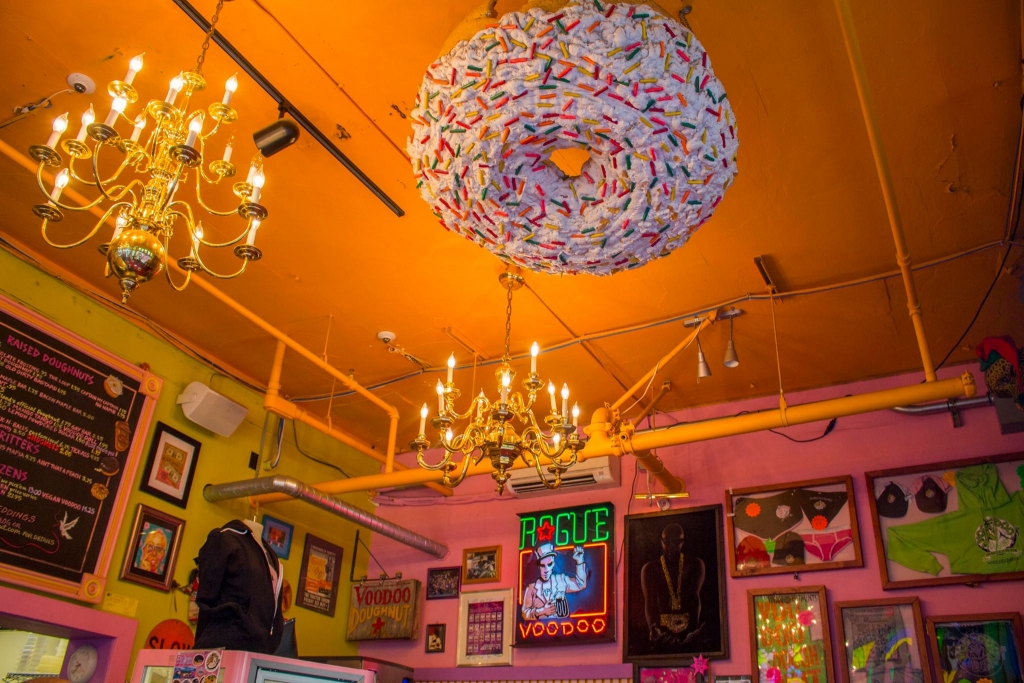 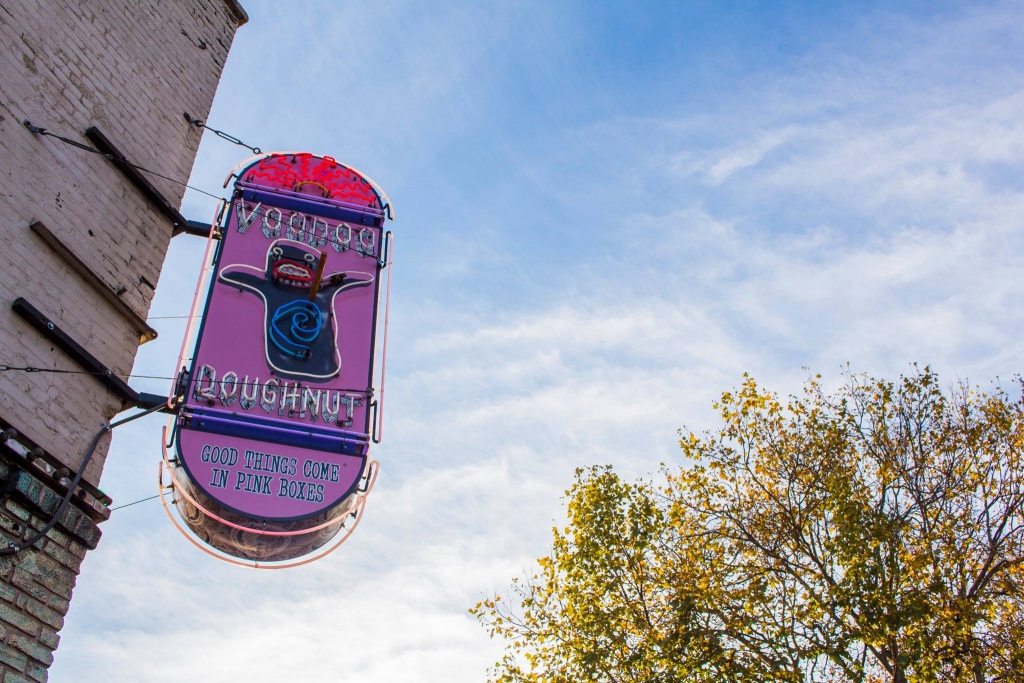 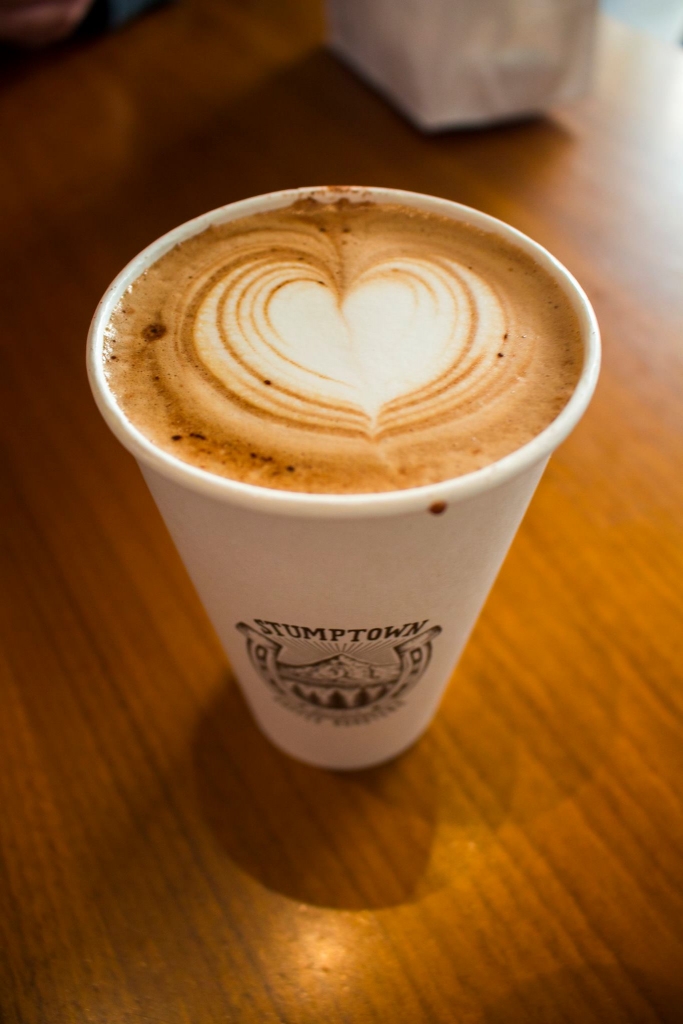 Another “must do” that I read about in Portland is Stumptown Coffee Roasters. I didn’t realize this when I was planning our trip, but it’s just about a half block down from Voodoo Doughnuts, so it was a convenient little jaunt down the street to get our caffeine fix for the day. They’re known for cold brew coffee, but to be completely honest, I am no coffee connoisseur and I just got a mocha. It was tasty and pretty– my two favorite types of coffee. It’s got a great rustic vibe, and I could definitely see myself hanging out in there if I lived in Portland. 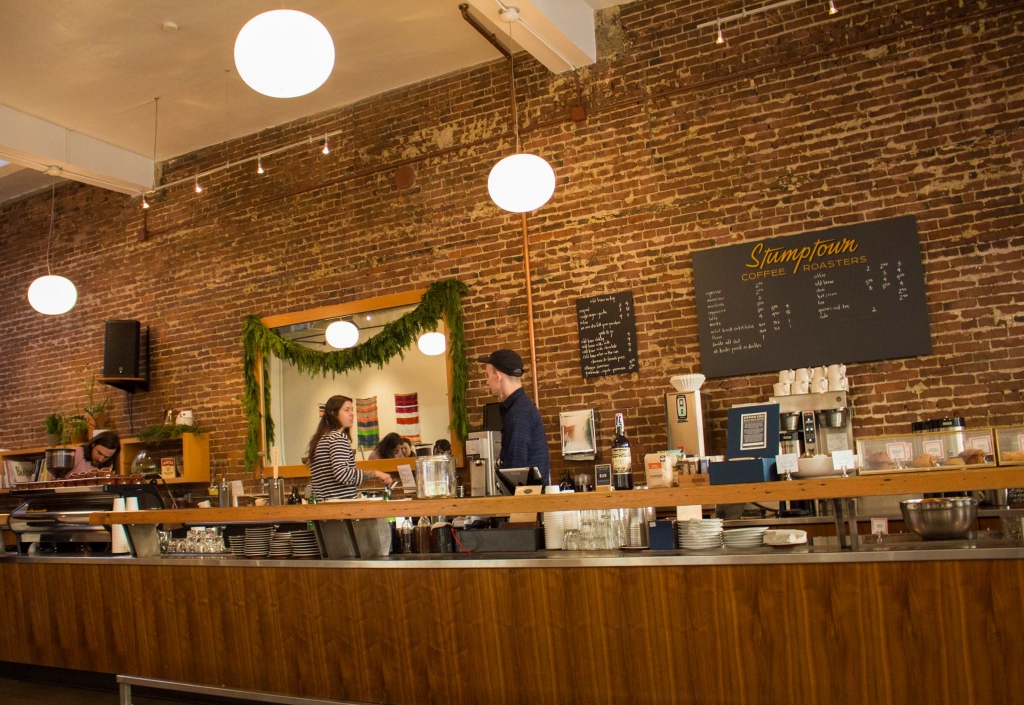 Fun Fact: The name “Stumptown” is a popular nickname for Portland, Oregon. It’s a nod to the fact that in the 1800s, there was a large growth in population in the area. They quickly removed trees in order to create more housing, but the stumps were left behind due to the lack of manpower to remove them. According to the History of the City site, “These stumps were so abundant in places that people could jump from one to another to avoid Portland’s muddy and unpaved streets. In later years, hard-to-see stumps made traveling at night so hazardous that people whitewashed them to increase their visibility.” 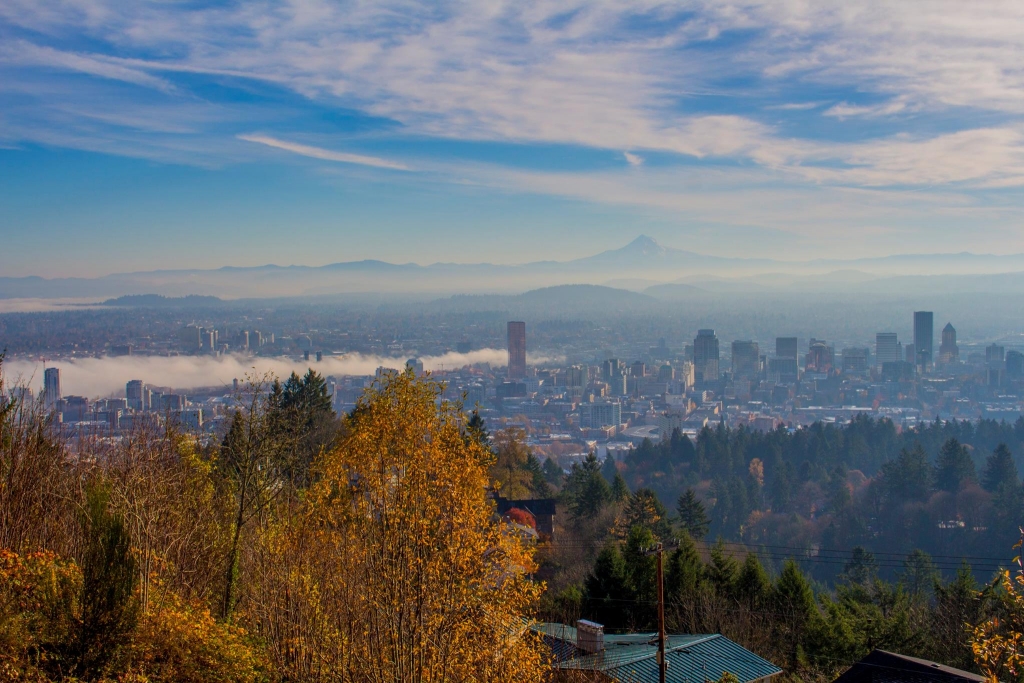 When searching for the “best view of Portland”, I came across the Pittock Mansion. A public park for the City of Portland now, this mansion was home to Henry and Georgiana Pittock from 1914 to 1919 (when Georgiana passed away). The house remained in the family until 1958 when one of the Pittock grandsons decided to put it on the market. Through community efforts, the house was opened to the public in 1965 for all to enjoy as a city landmark. 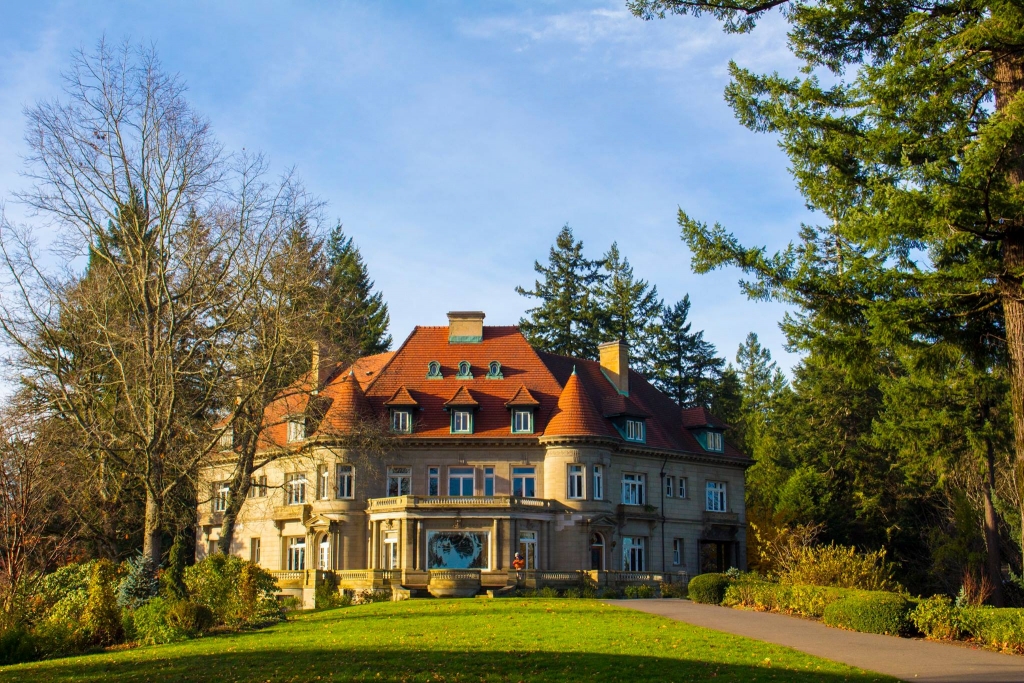 Brighton and I didn’t have the time to tour the house, but we did drive up to the grounds for the view. There’s a viewpoint just about a tenth of a mile from the parking lot. We went up there with our Stumptown Coffee and saw the low clouds and fog cover the city. 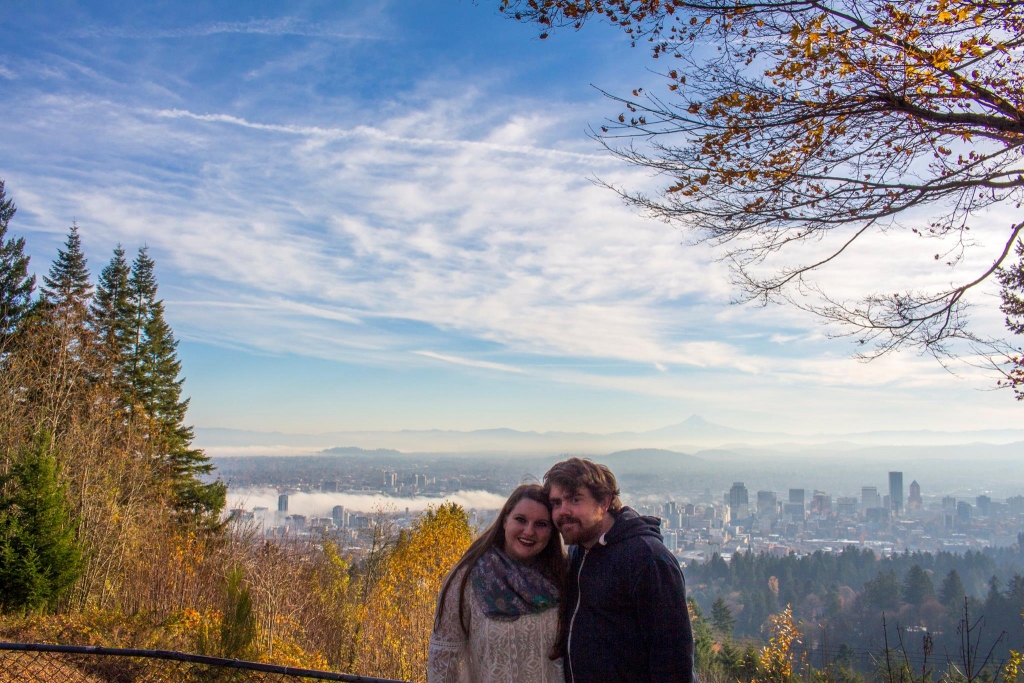 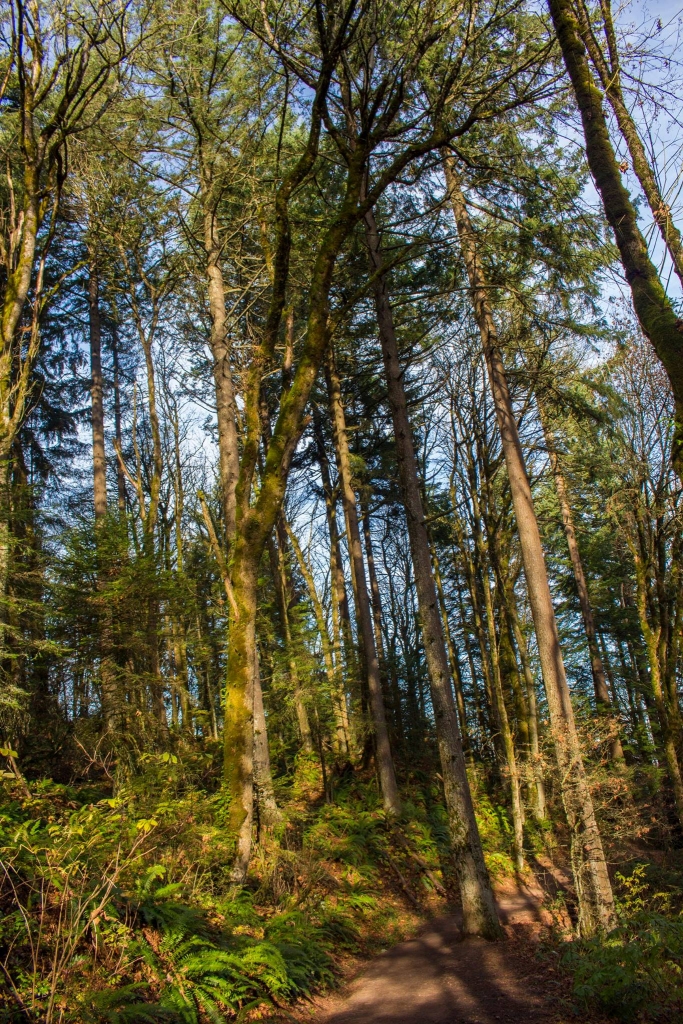 Just on the other side of the parking lot is a trail that winds through moss-covered trees. I was not properly dressed for a hike, but I did wander down into the area a bit to explore. I saw a few runners and other people enjoying the park. I’m not sure if this is part of Forest Park or Washington Park or none of the above, but it’s beautiful! 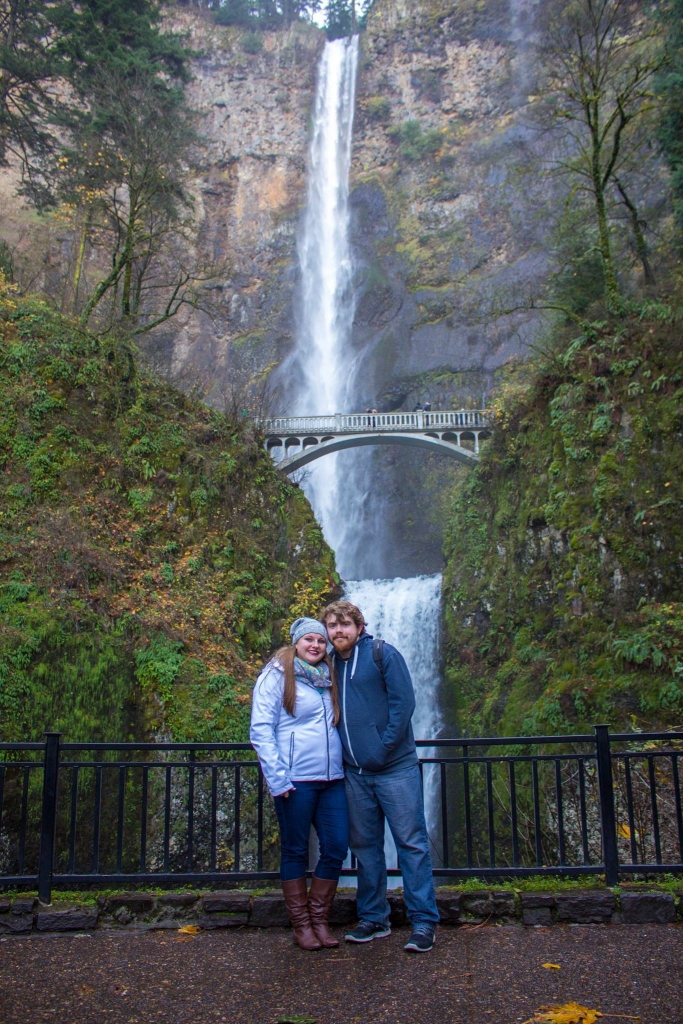 Boasted as the most visited recreation site in the Pacific Northwest, this is a must do if you’re in the Portland area. In the Columbia River Gorge area, this two-tier falls is gorge-ous! Sorry, I couldn’t help it. You can hike up to the bridge that you see in the photos and beyond. It was a cold and wet day, and it was overcrowded to really enjoy, so we didn’t stay too long. I’ve read that this is always busy, but I would think that if you get past the crowds at the beginning, it would be more enjoyable. It’s about a 45 minute drive from Portland. 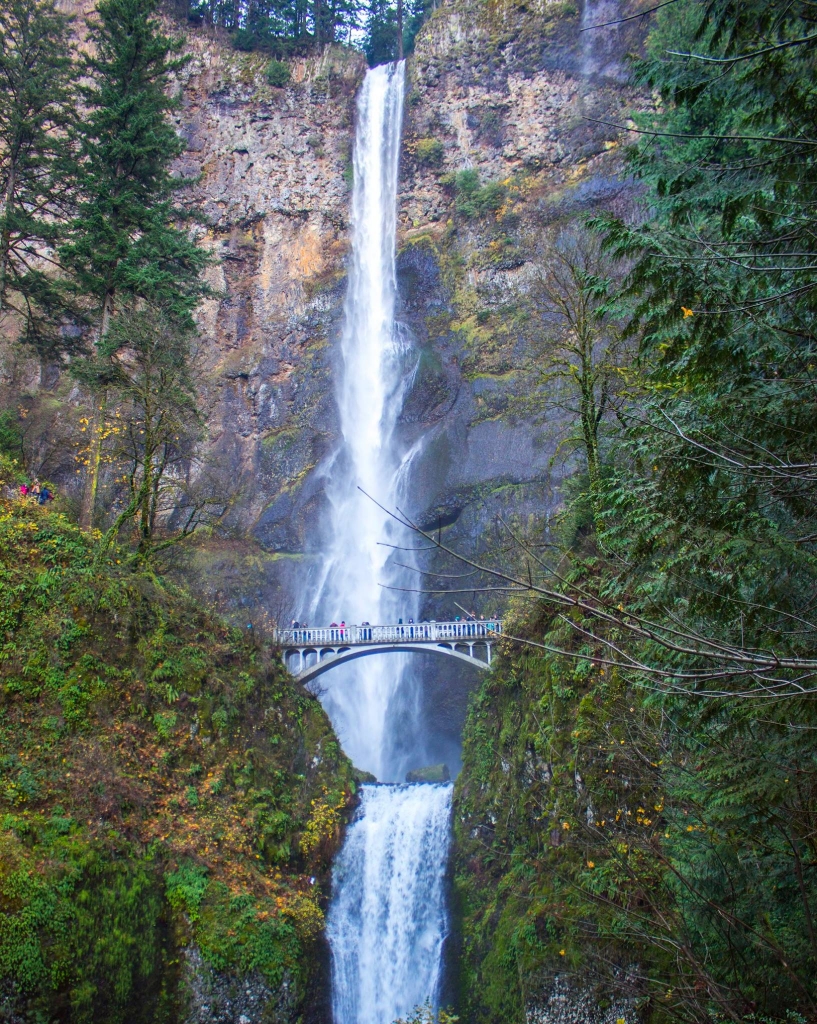 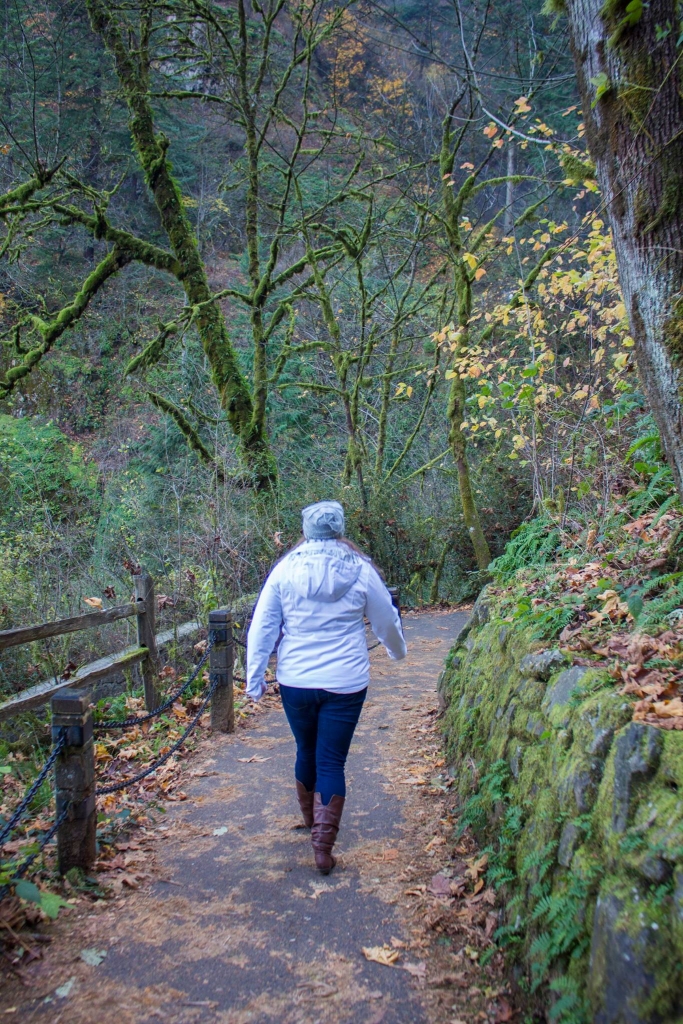 This was the paved trail going up to the bridge pictured in the photos above.

Fun Fact: It is the second highest waterfall in the United States according to the Forest Service website

The Bridge of the Gods & Pacific Crest Trail 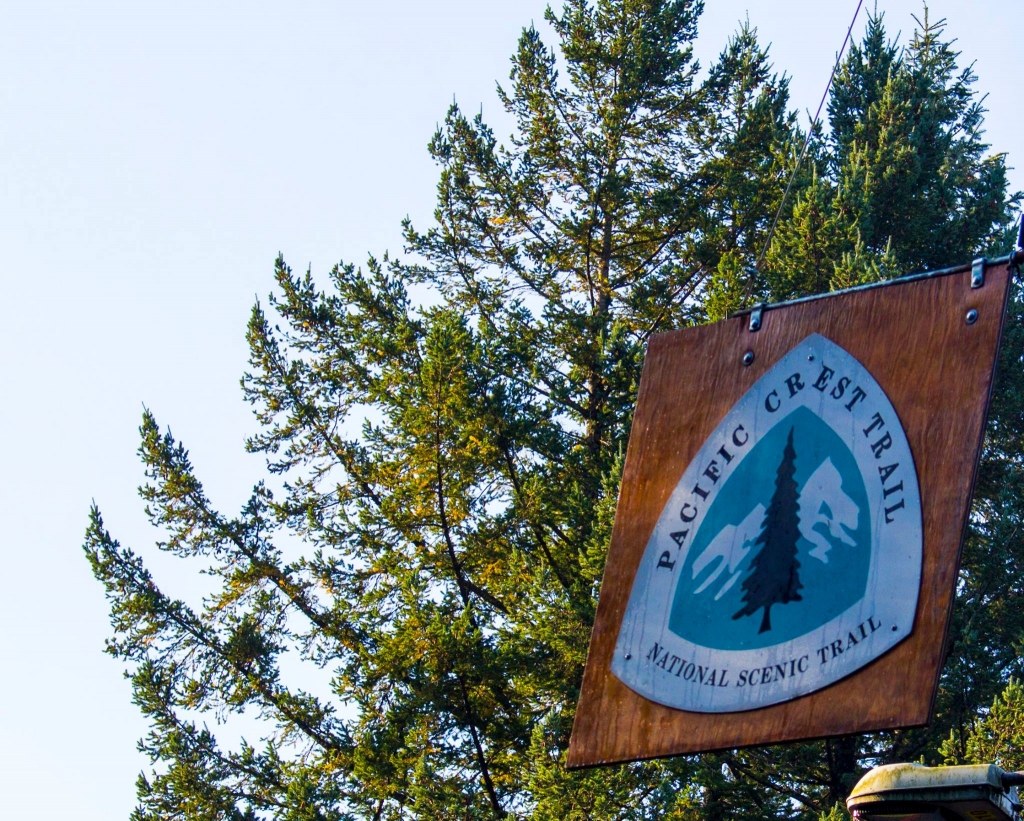 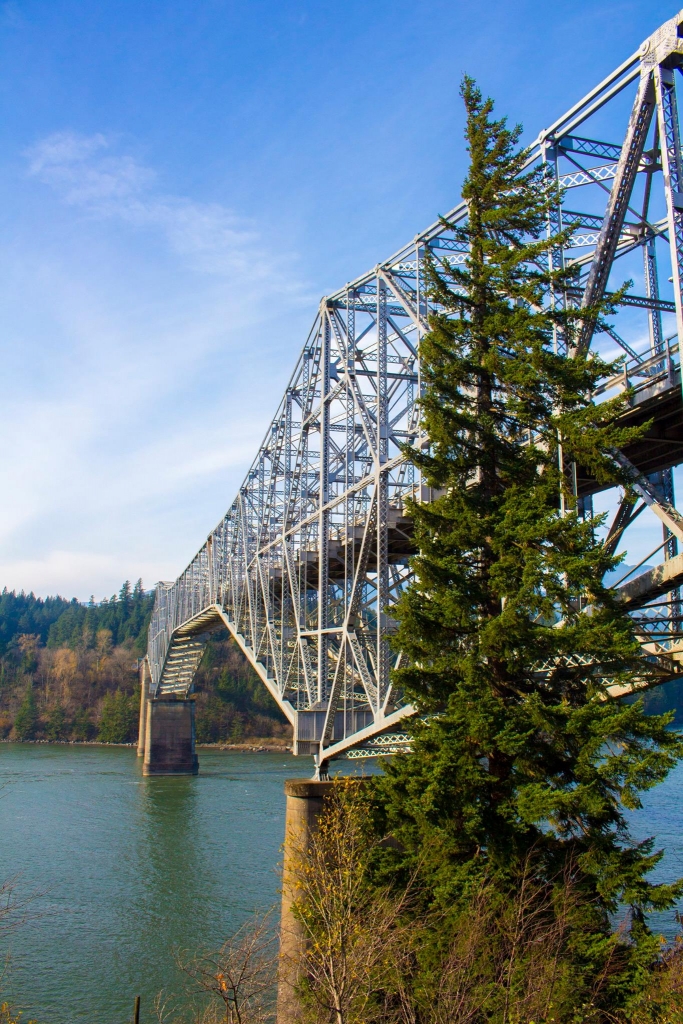 The Bridge of the Gods – Oregon Side

This stop on our trip was me fan-girling for Wild by Cheryl Strayed. The book is about a young woman thru-hiking the Pacific Crest Trail solo. It’s an awesome memoir book, and sparks my love of adventure, travel, and hiking. There’s also a movie starring Reese Witherspoon as the main character. Long story short, there’s a portion in the book where she mentions reaching this bridge between Oregon and Washington. 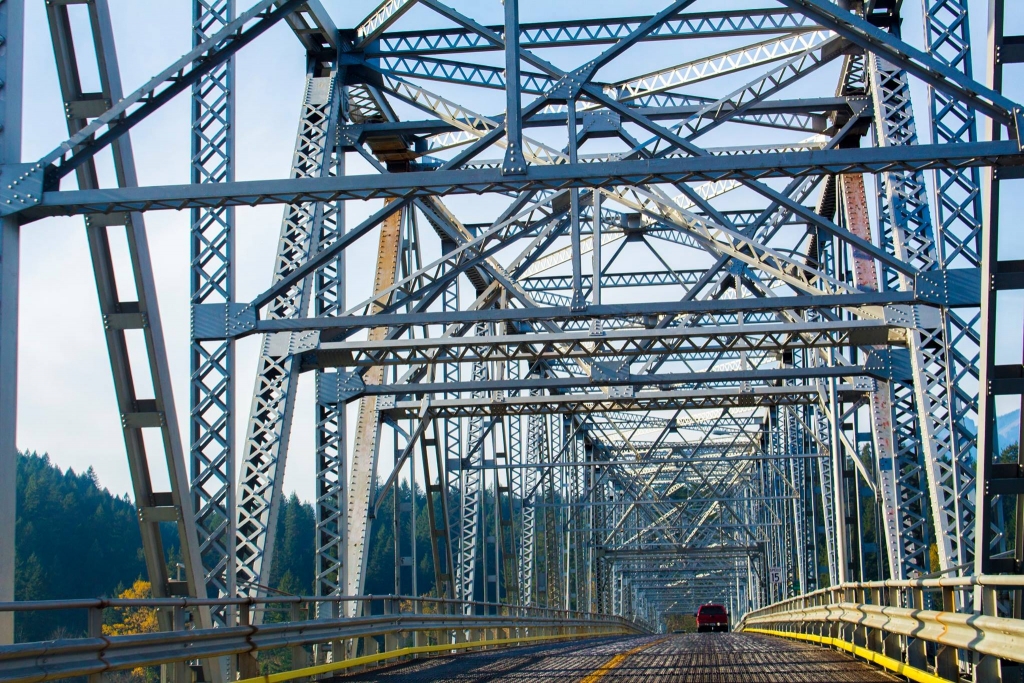 Driving over The Bridge of the Gods from Oregon to Washington

It is a toll bridge and if you’d like to walk, you have to walk against the traffic! No walkways. 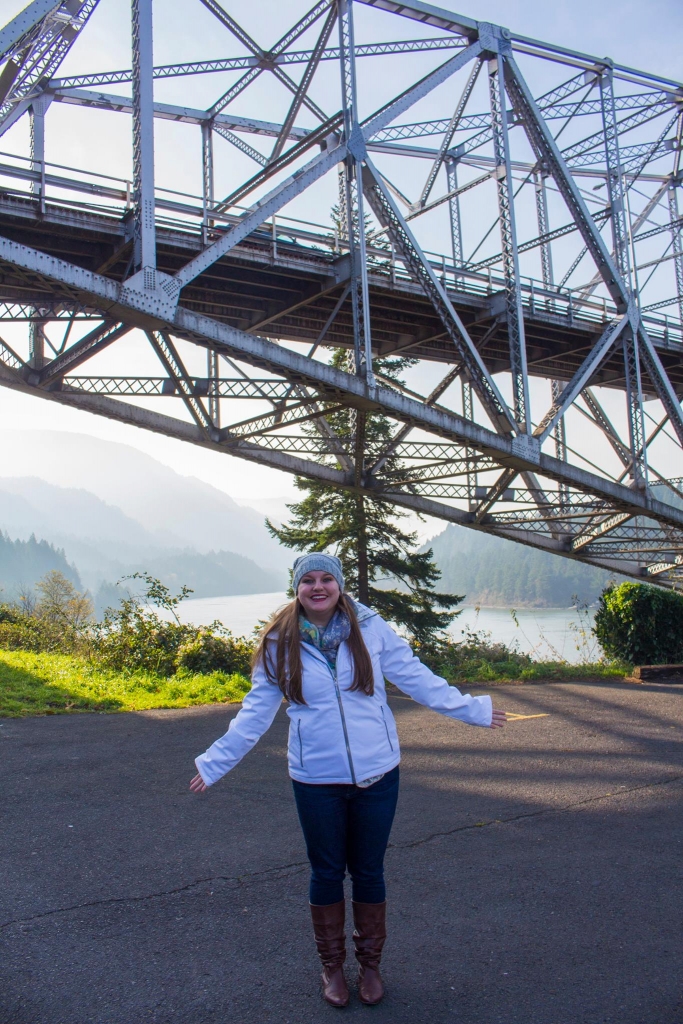 I am clearly excited to be walking in the same steps as Cheryl Strayed.

From Wikipedia: “On September 15, after hiking for 94 days, Strayed reaches the Bridge of the Gods on the Columbia River between Oregon and Washington, ending her journey. At various points along the trail, including at the end of the bridge, Strayed encounters a red fox, which she interprets as carrying the spirit of her mother watching over her.”

I would love to hike a portion of the Pacific Crest Trail. I’ve seen many videos from hikers all over doing this trail, and while I am a long way from that point– It’s on my bucket list. Check out this awesome video of the PCT in three minutes. This is what really convinced me that I need to do this: 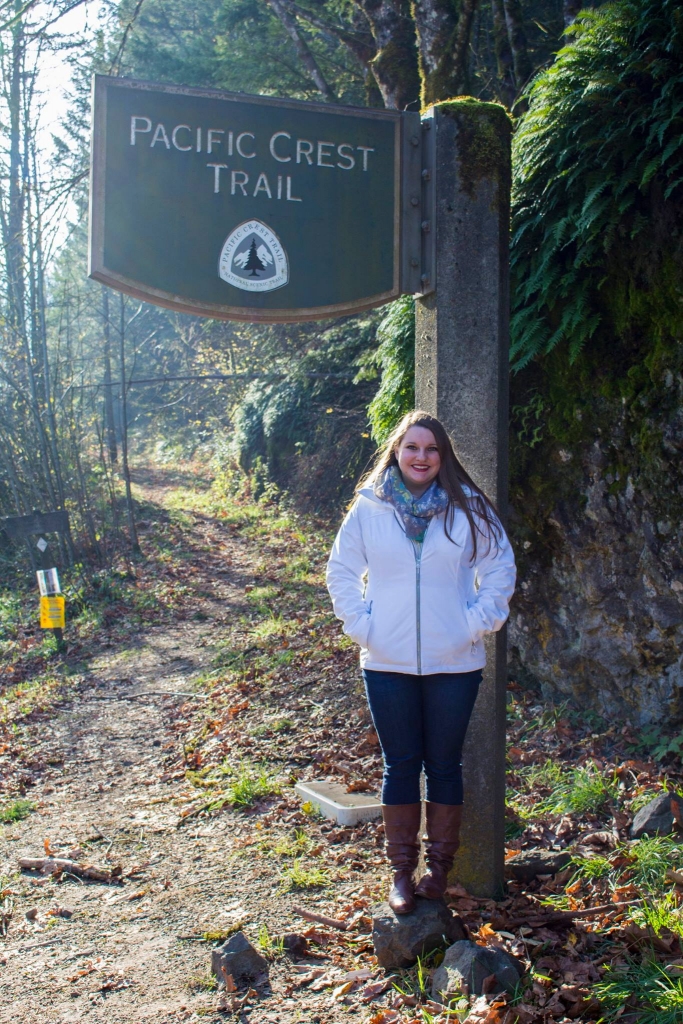 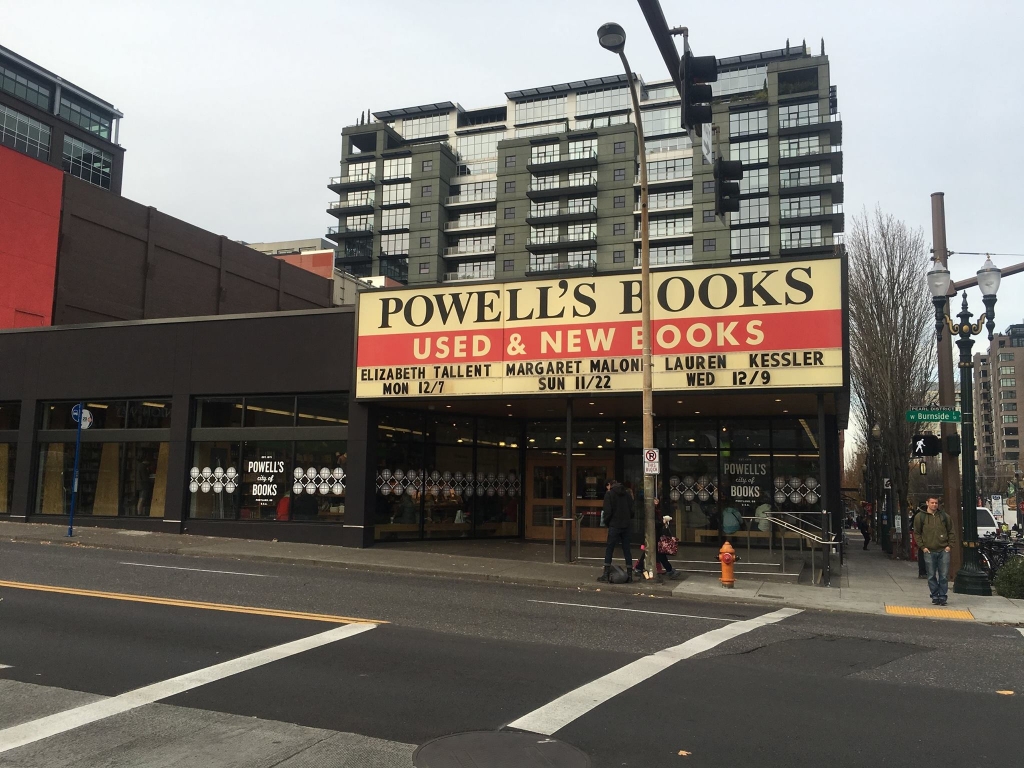 This place is unique and a treasure cove for book lovers. It is the largest used and new bookstore in the world! It takes up an entire city block and has around 1 million books. The store is split into 9 different color-coded rooms and has something literally for everyone. It’s known for having a Rare Book Room, a destination for bibliophiles. 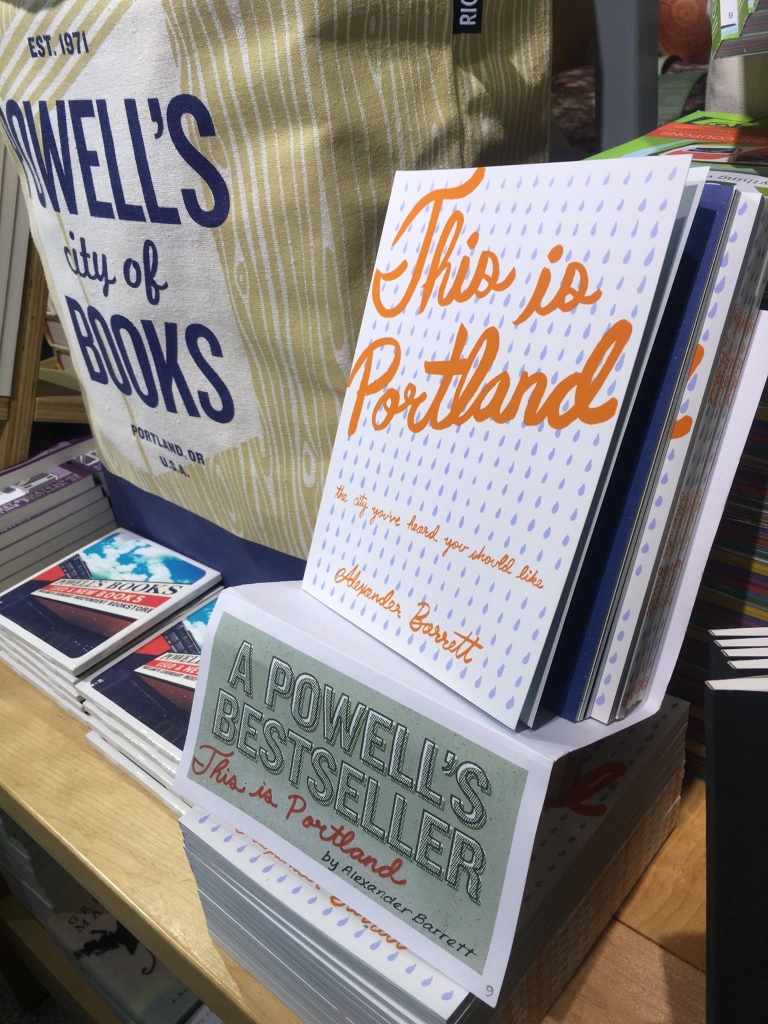 Fun Fact: Their Espresso Book Machine provides instant access to hard-to-find titles and gives anyone the power to publish a book. 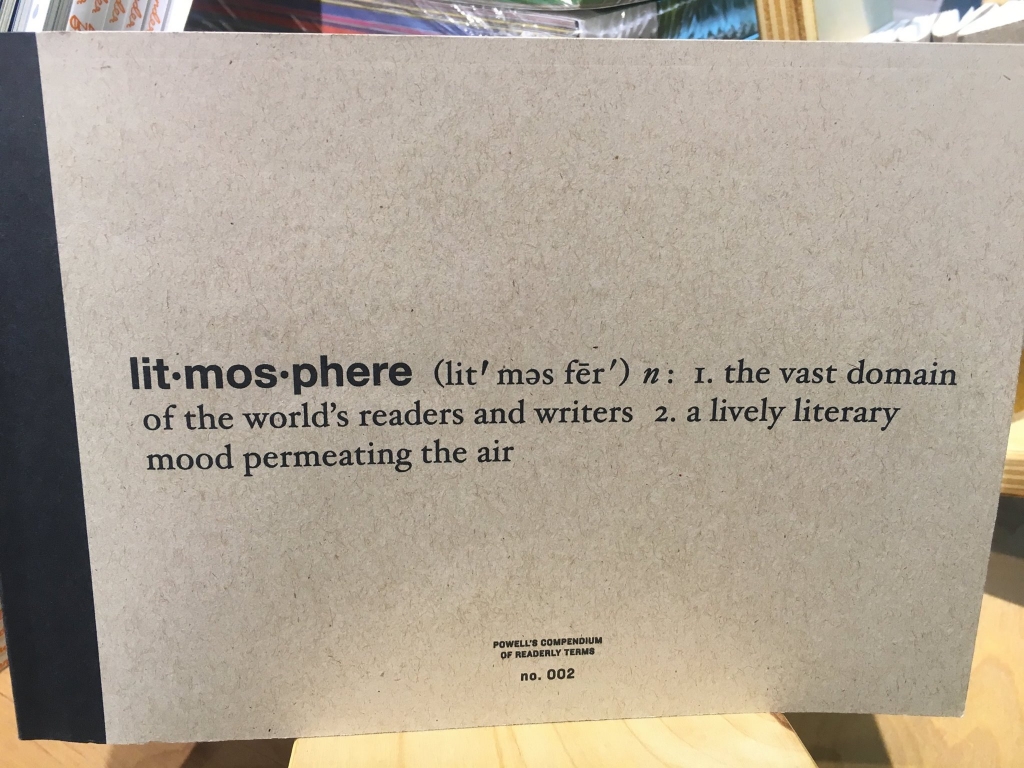 For my 24th birthday, I wanted a nice dinner. The reception at the hotel gave us a few suggestions in downtown Portland, which all sounded and looked amazing! I wanted a good steak or seafood dinner, but I didn’t want to pay $50 per person if we could avoid it. I stumbled upon the Laurelhurst Market on Yelp, and it sounded like it was a nice and unique place with generally good reviews, so we gave it a shot. 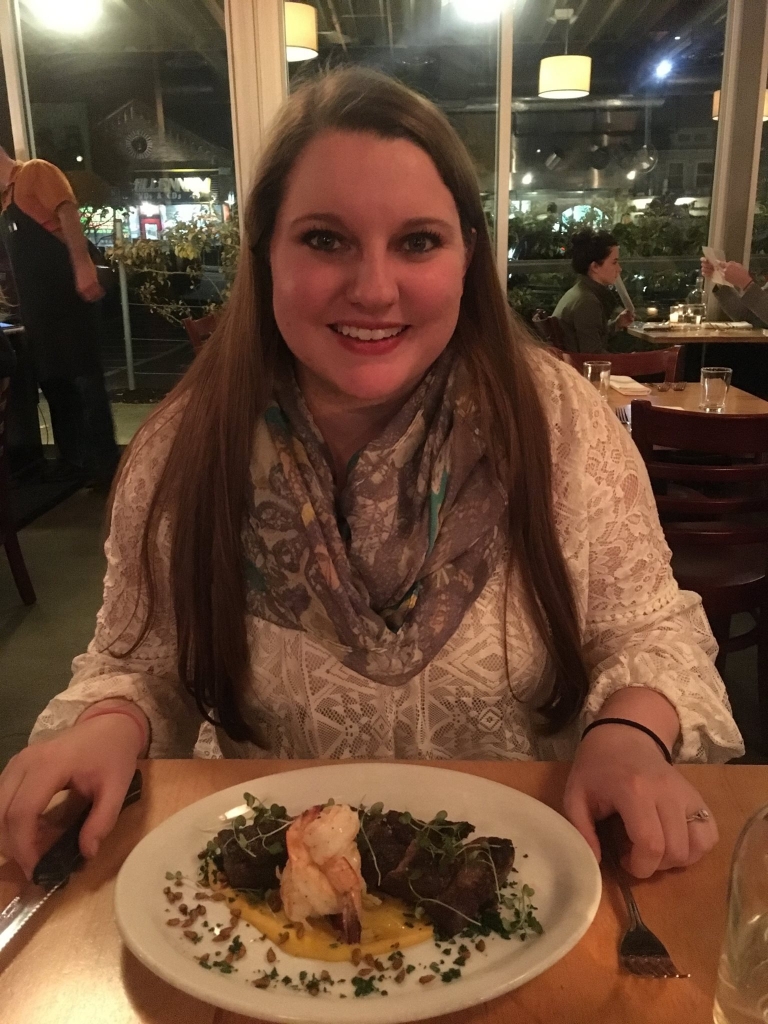 The menu was somewhat limited, but extremely unique. Our waiter was awesome. He gave us many recommendations and answered all of our questions. For an appetizer, we ordered the “Beef Tongue Au Poivre — Caramelized Onions, Fried Shallots, Parsley”. I know… sounds super unappetizing, but it was so good. It was extremely tender, melt in your mouth, and very well seasoned. Plus, it had onions and shallots. How could you go wrong?! 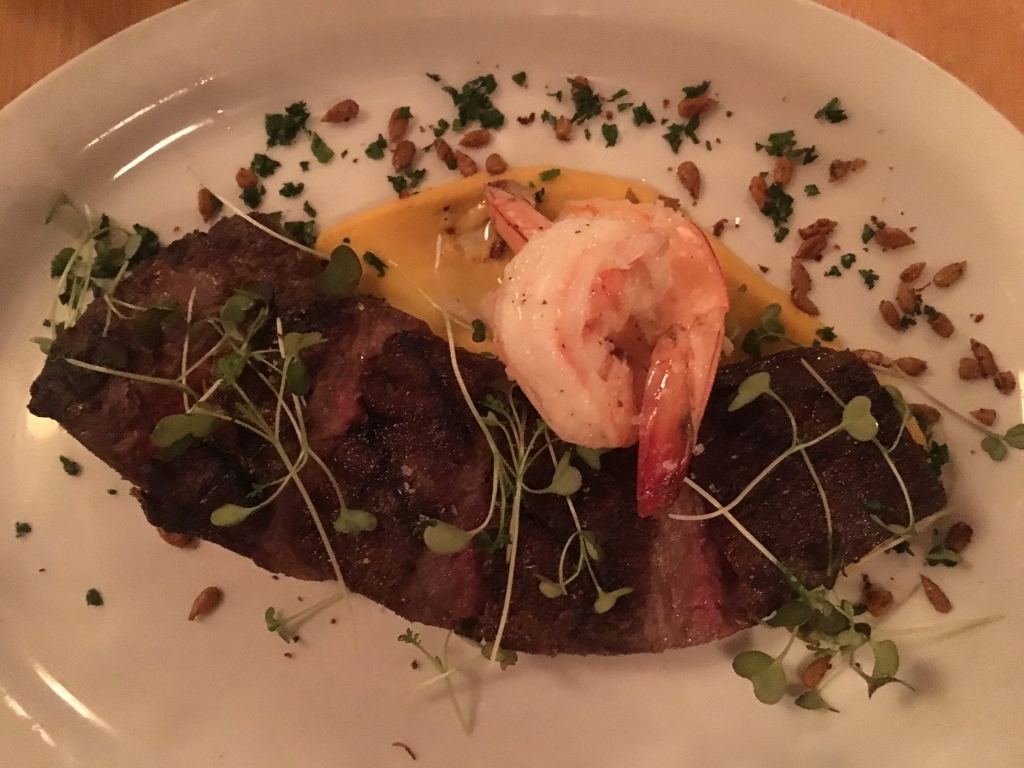 For dinner, I had the Snake River Farms Wagyu Spinella — Beef Fat Poached Shrimp, Squash & Sunflower Seed Puree. I believe that it was the cap of the ribeye or also known as “ribeye cap, deckle steak, calotte or spinalis dorsi, it is highly prized by top chefs, beef aficionados, and butchers alike.” If you’re not a steak eater, this probably sounds awful, but if you love steak– you would love this. It was exactly the type of meal I was looking for– memorable and tasty. Brighton had the Steak Frites — Pan-Seared Piedmontese Bavette, Marchand de Vin, Hand Cut French Fries, Jacobsen Salt. Also delicious. We went home full and satisfied. 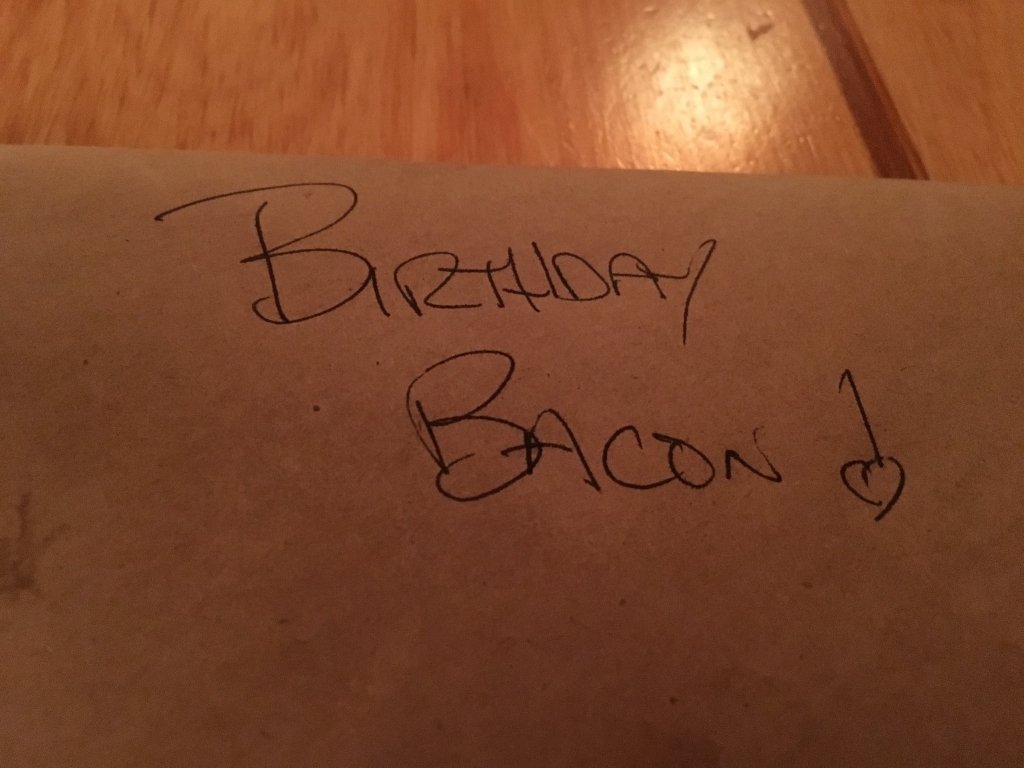 And with fresh cut bacon! (They brought my bacon for my birthday, instead of cake I’m assuming, because it was also a butcher shop.)

24 looks like it will be an awesome year for me!

My Hopes for Next Stop Adventure [30 Day Challenge]