On our first full day in the Seattle area, we decided that the weather was not best for national parks… so we ended up in Canada. Why is it that every time we’re in Canada, it’s terrible weather? Either way, I still love the parts of Canada I’ve been to so far, and despite the awful weather, I want to go back and explore further. 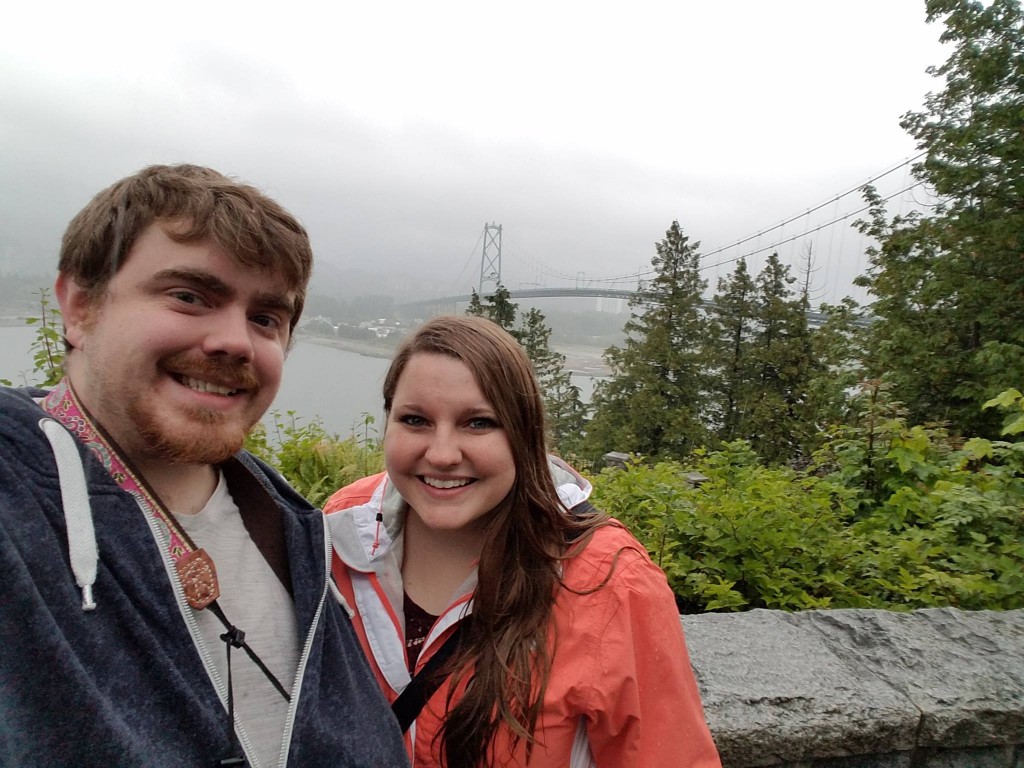 Brighton went to Vancouver (BC) Film School in 2006-2007. He has a love for the city, and we’ve been talking about going there since we’ve met. I can see why he loves the city, because it’s got everything in one place: mountains, ocean, and city. He hasn’t been back since he’s graduated, so we were pretty excited to go (regardless of the weather). 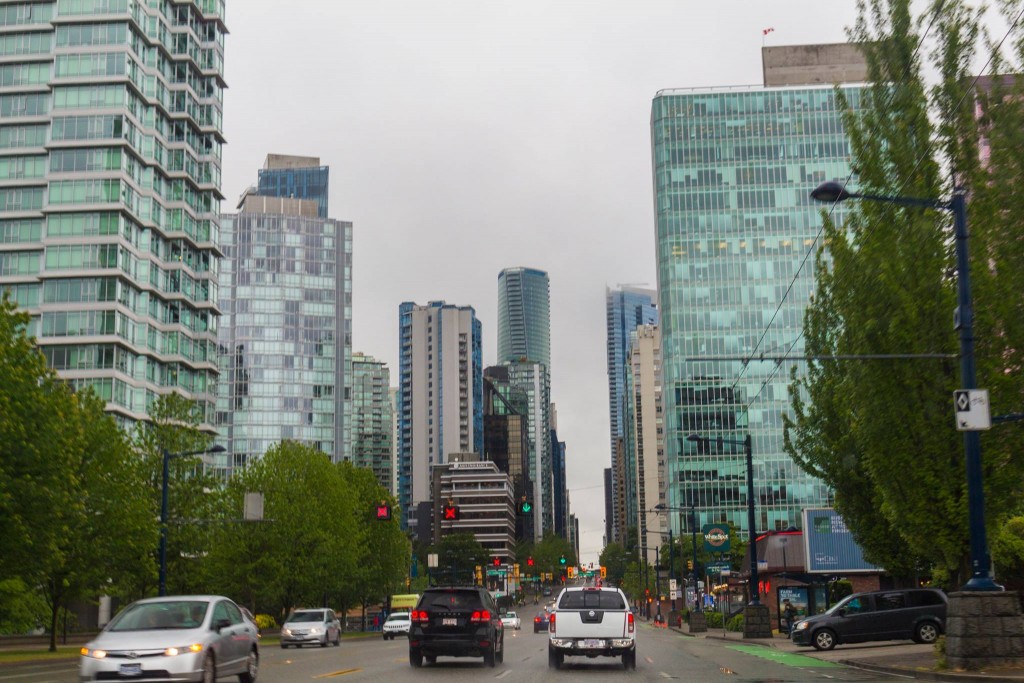 After spending 2 hours driving and 2 hours waiting to cross the border, I was very hungry by the time we actually arrived. We parked downtown and wandered around looking for something that looked tasty. There was an overwhelming amount of sushi, Thai, Indian, and Mediterranean options, but none of them were appealing to our cravings. We followed the smell of food to a restaurant called Earl’s. Without any wifi or Yelp, we just walked in after glancing over the menu. We learned later that it’s a chain in Canada that has expanded into a few locations in the US. 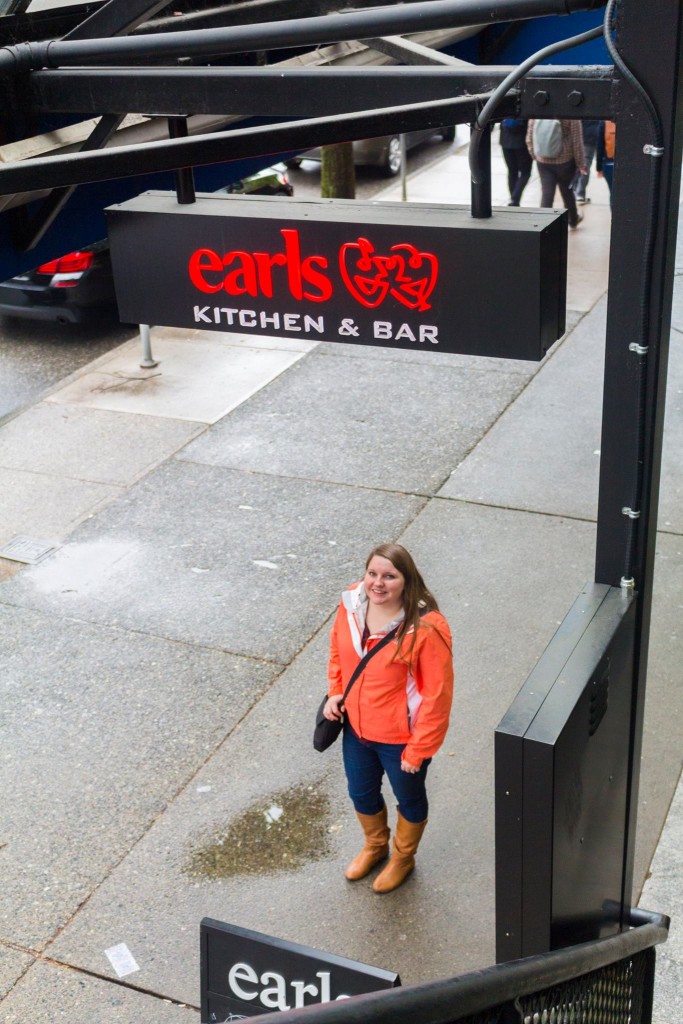 I also ordered the cajun chicken penne alfredo entree and Brighton had the Volcano Roll appetizer. We both enjoyed our meals, and it was an excellent start to our visit to Vancouver. 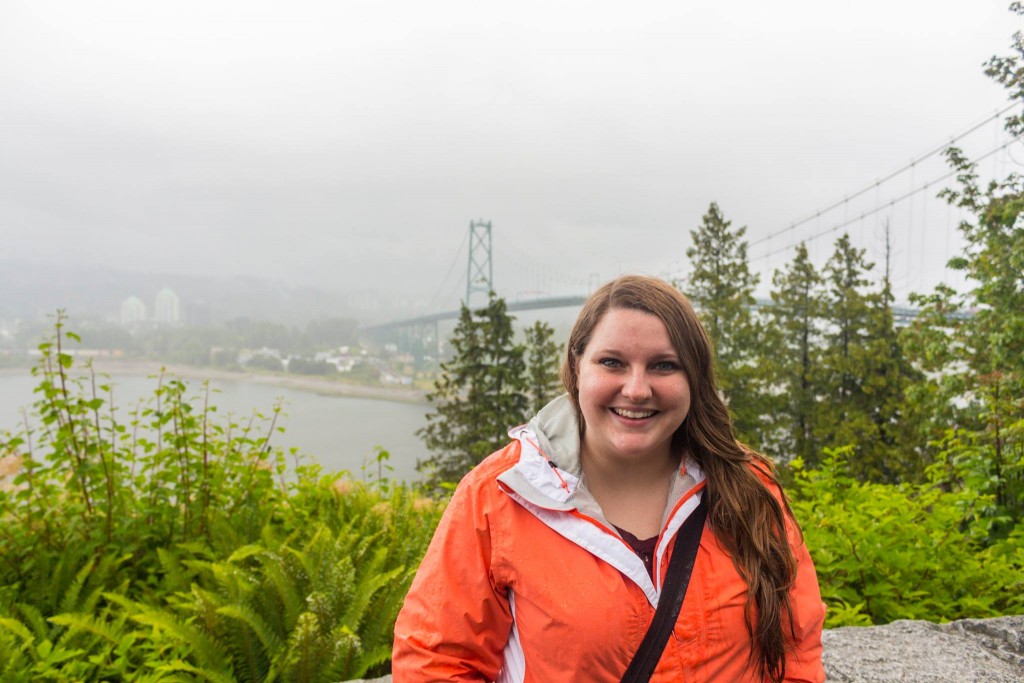 After our lunch, we ventured out to Stanley Park. This is a 1,001 acre city park that has a lush, dense rain forest in its center, with Vancouver Harbor and English Bay surround its edges. According to TripAdvisor, it was named “best park in the entire world” in 2014. Despite the rain, we could still enjoy its paths along the water and into the dense forest in the center. 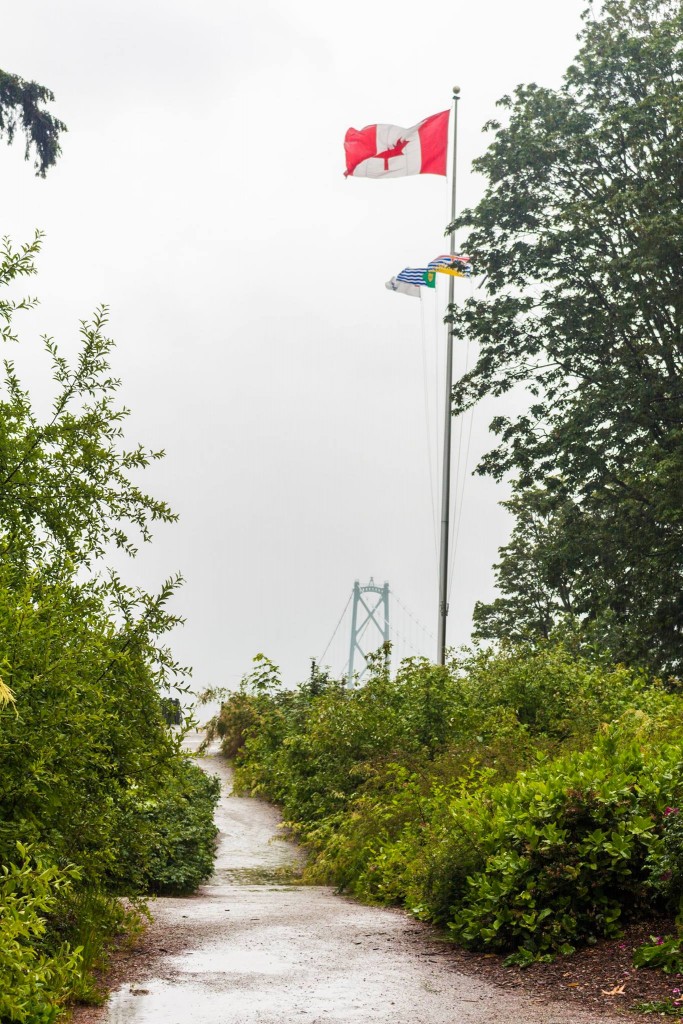 It’s also right on the edge of downtown Vancouver. It offers stunning views of Lions Gate Bridge, restaurants, and according to Brighton, is a popular location for filming. 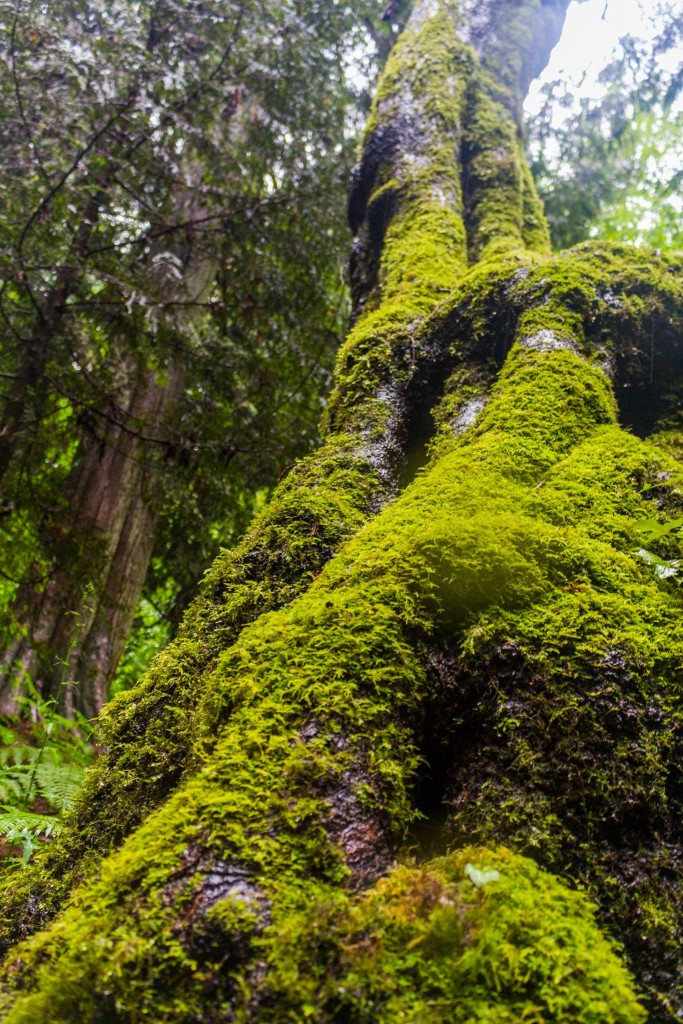 The rain accentuated the Douglas fir scent as we walked into the forest. It’s awesome that the park as remained mostly in its natural state and it’s so close to a busy downtown metropolitan area. 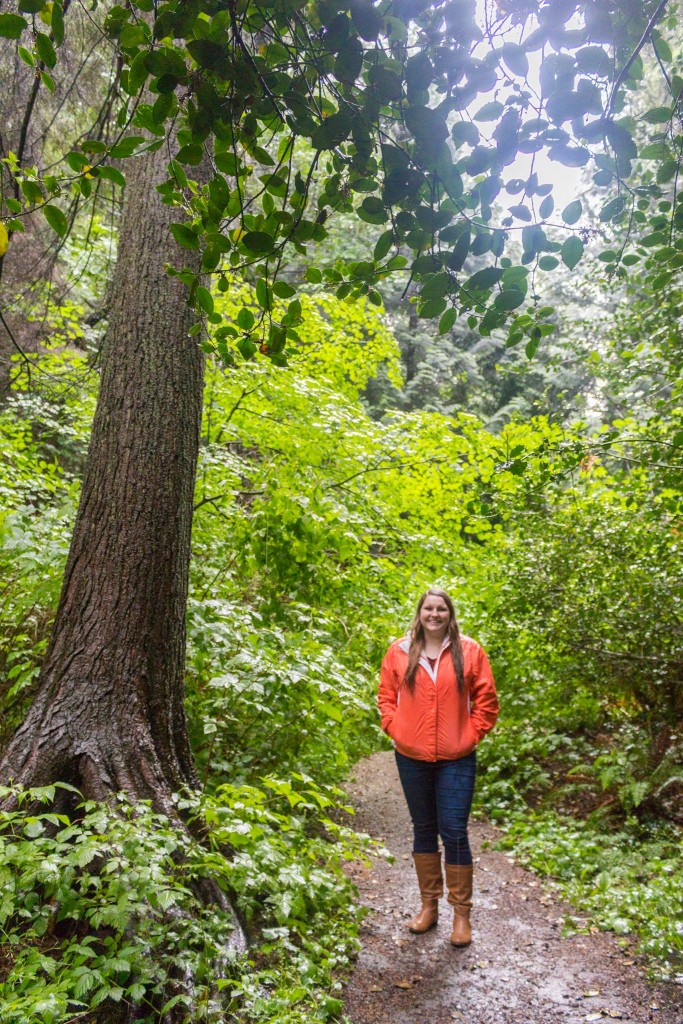 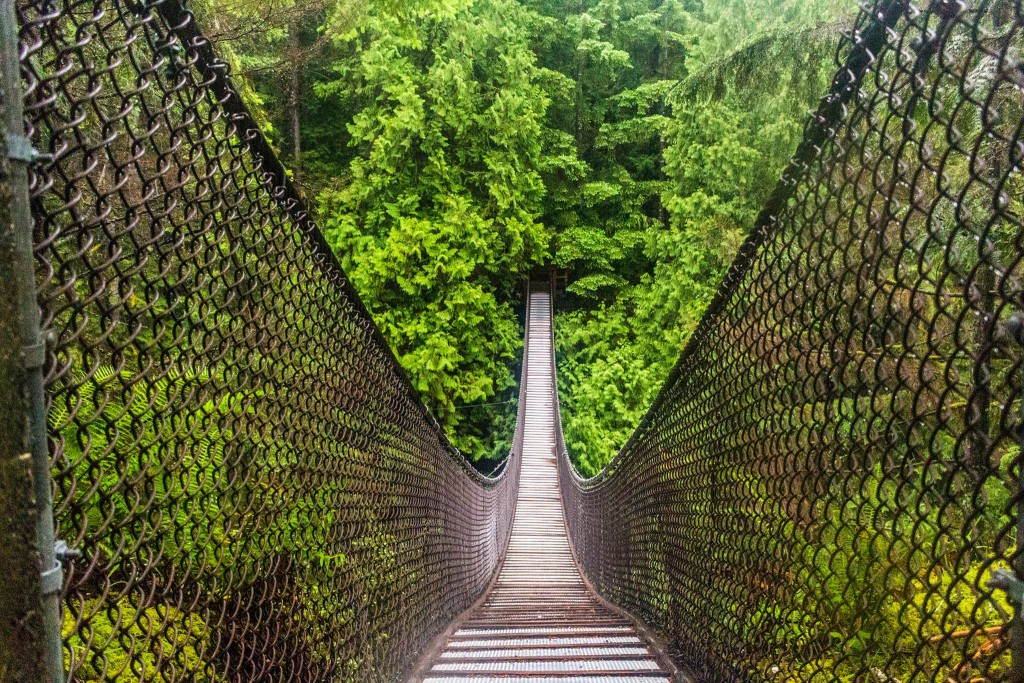 The other tourist attraction I found in Vancouver was the Capilano Suspension Bridge. As I was researching, I kept finding articles and Pins about Lynn Canyon instead. At border customs, the Canadian guard asked us why we were going to Canada, and we mentioned Capilano/Lynn Canyon, and he said that he likes Lynn Canyon better— it’s free (versus $35 a person) — and where the locals go. So we decided to check that out. Plus, it was pouring and we weren’t sure how much longer we’d be exploring outdoors in Canada. 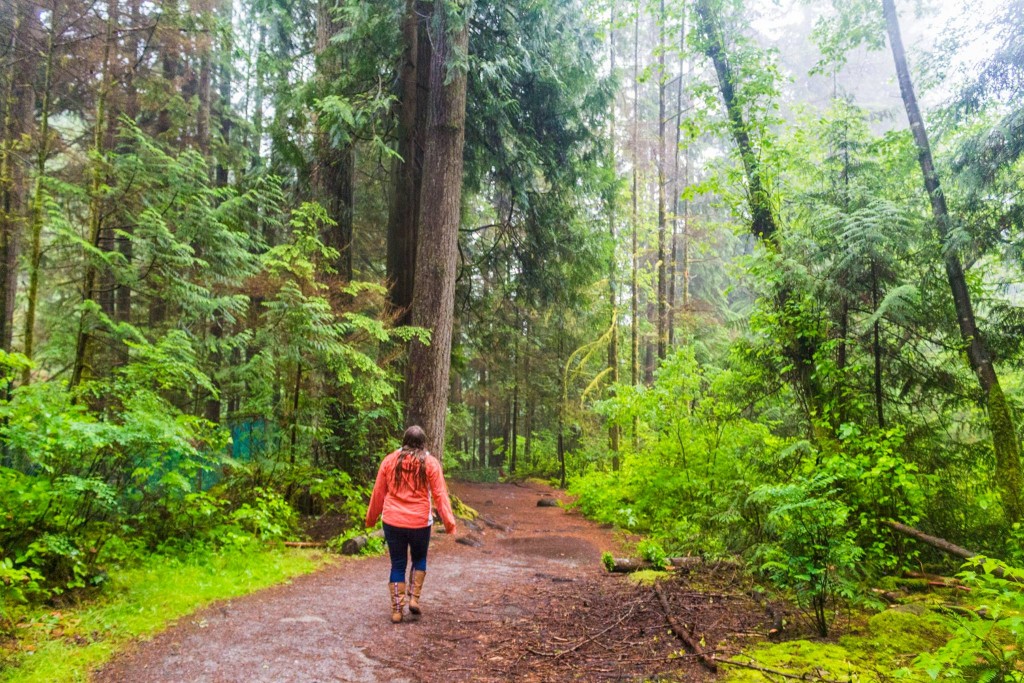 The park was really cool! There were lots of trails, and a suspension bridge that looked exactly like the Capilano Bridge… but without all the people and fees. Win! 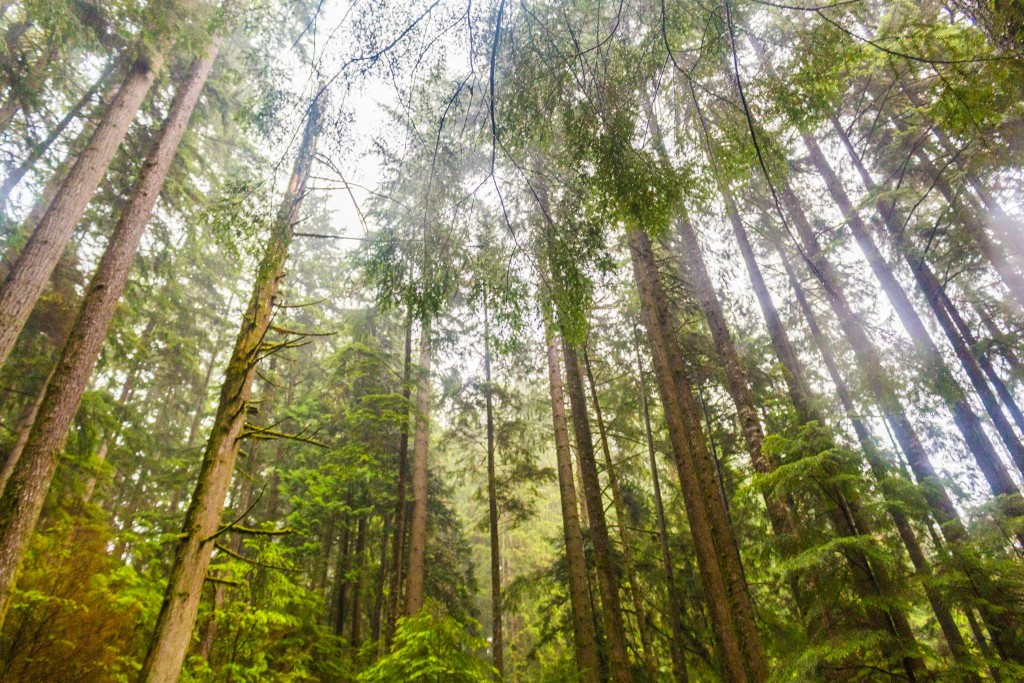 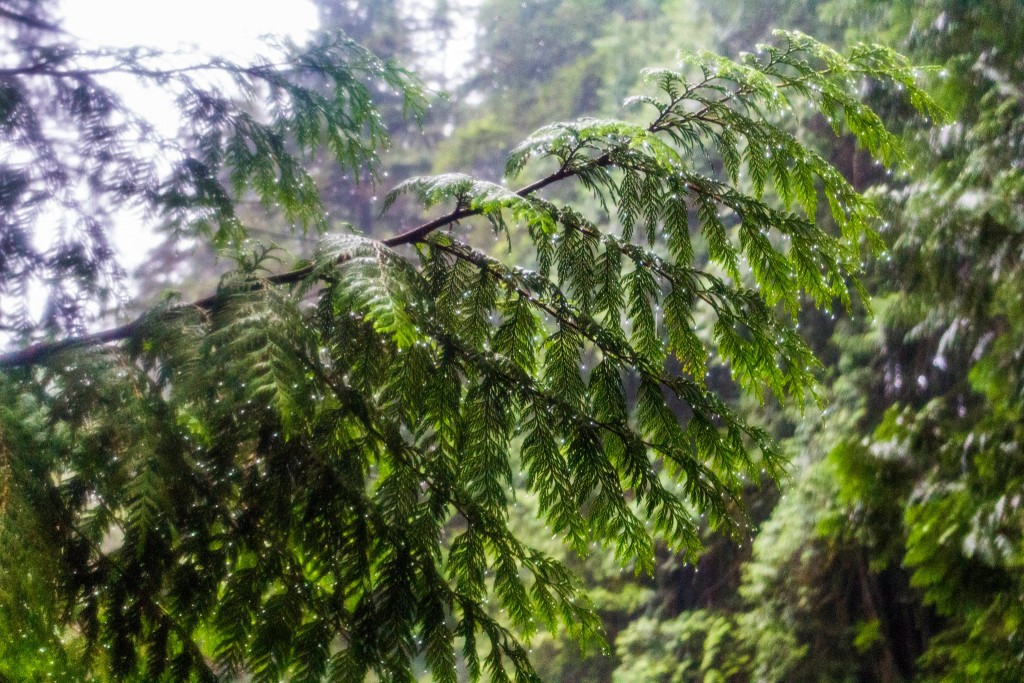 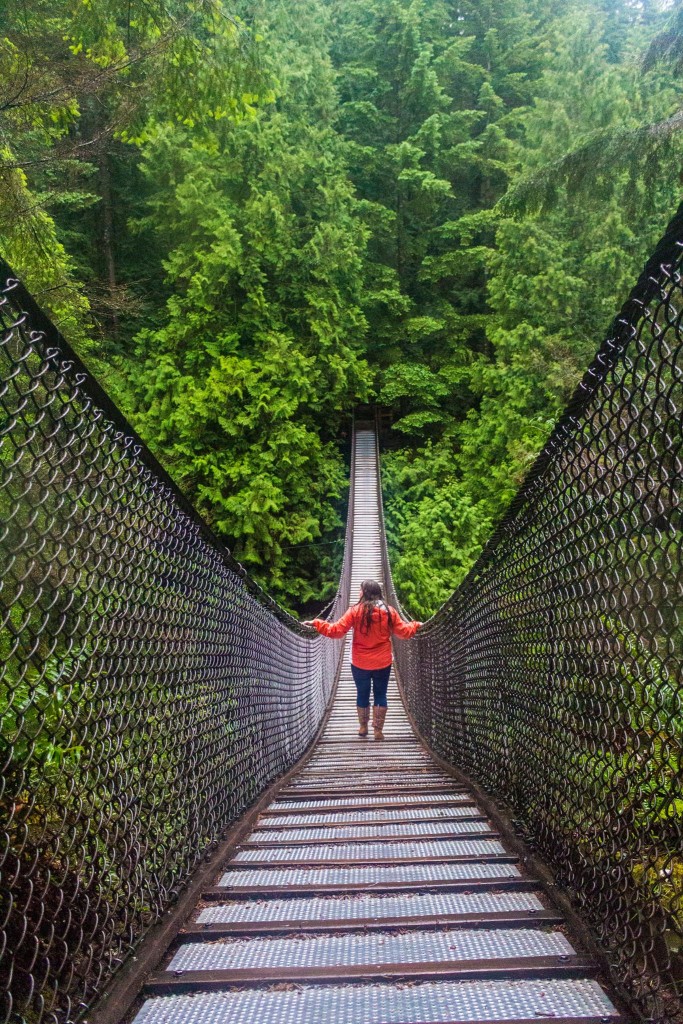 We’ve discovered the adventure of Canada is that we have no active cell signal or internet, so we have to follow our instinct and get lost a little. 🙂 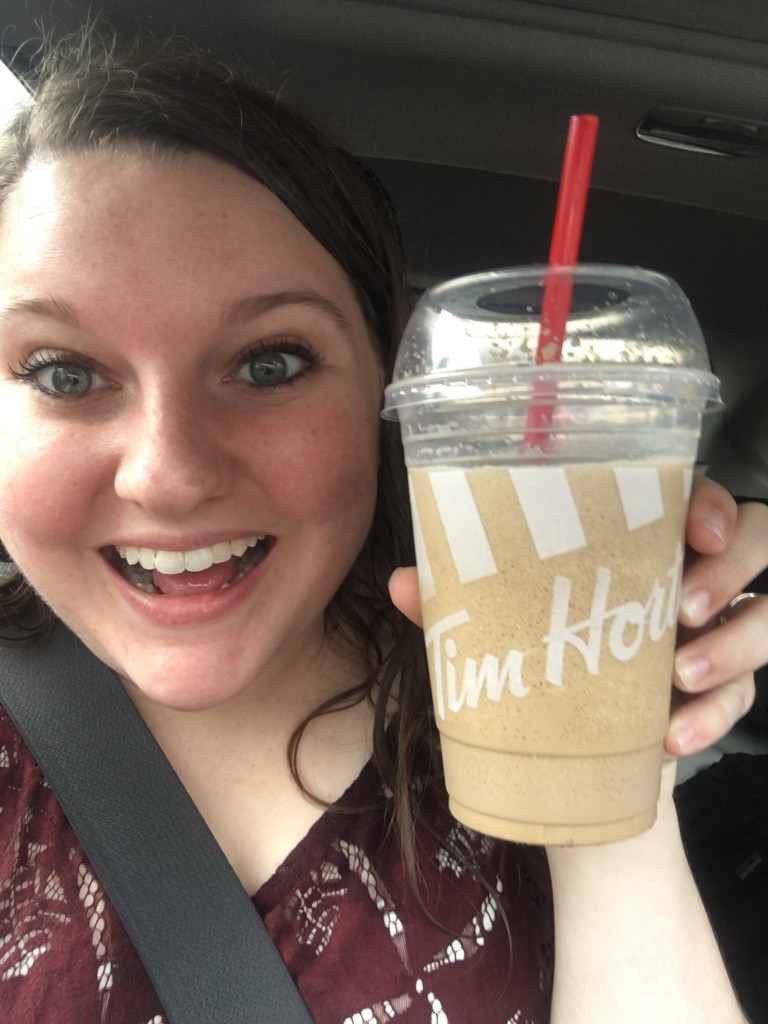 Okay, so Tim Horton’s is a little like the Starbucks of Canada (in that it’s seemingly everywhere), but a little more Dunkin Donuts— grab and go coffee, donuts, pastries, etc. and the land of the FREE WIFI! Last time we were in Canada, we stopped at many Tim Horton’s to use their wifi and get the Iced Capp (their frozen mocha drink)— it’s pure heaven. I promise.

I also had gotten Canadian money just in case our credit cards didn’t work— like last time— but we didn’t end up needing any. I went into a Starbucks and had them reload my card with the remaining money so it didn’t go to waste.

After our coffee stop, we returned to Seattle. Our return trip was much quicker! Vancouver, we will be back for you soon.

Have you been to Vancouver? What was your favorite tourist attraction? What do you do when you have a rainy day while on vacation?

What I Look Forward To [30 Day Challenge]