*This is a long boring personal post. I apologize for the lack of adventure in advance :)*

As you may have noticed, I have not been as active on the blog as usual. That’s because I’ve been adulting so hard recently! *Cue round of applause now?*

So let’s start with the terrible, sad news… 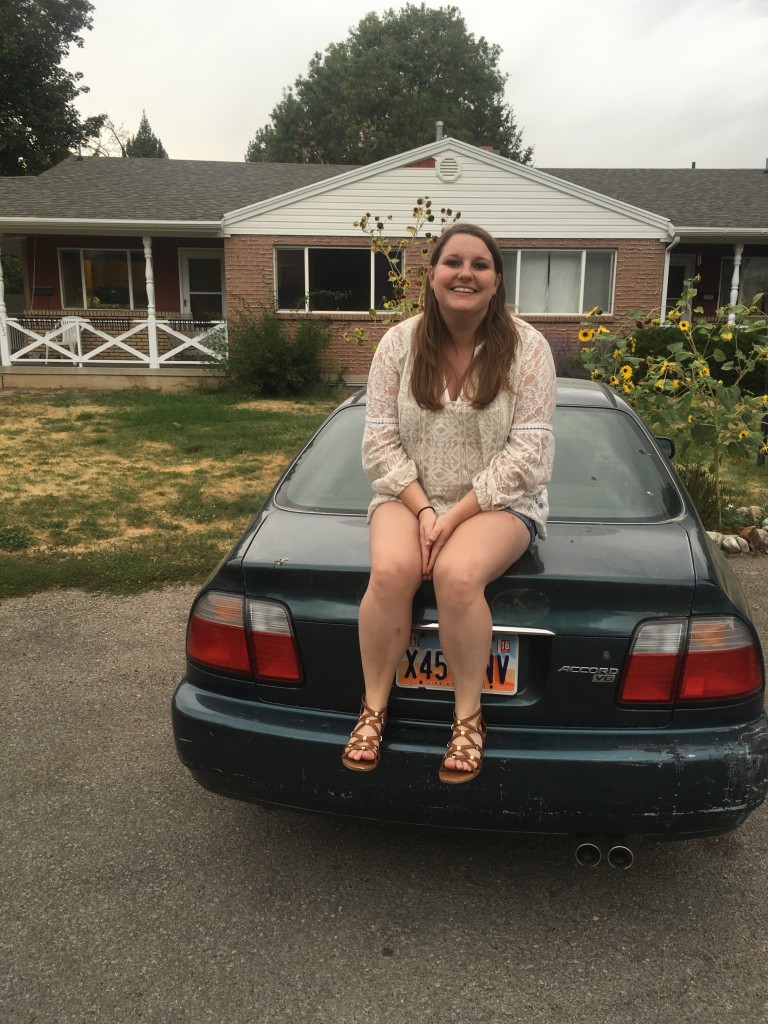 My car officially died. I am pretty devastated. Okay, you can’t tell from the photo above…But I promise that I was not ready to give my car up.

On Thursday, on my way to work, I noticed that the temperature gage was a lot higher than normal. By this time, I was almost pulling into work so I call my dad, the fixer of all problems! He didn’t answer. Then I call Brighton (the other fixer of all problems, who I knew was at work), and he said to just park and we could check levels when the engine was cooler.

Well, by the time I parked, the gage was over the red area, and when I got out of the car, it smelt of burning and it was either smoking or steaming. I decided that whatever the problem was, I would probably need it to be towed and fixed because my car being a 1997 Honda Accord has had several maintenance issues that come with an older car. So I called AAA. Luckily, my mechanic is close to work and I had a free tow so it cost me nothing. Yahoo!

After hours of not hearing anything, and an unusually stressful day at work, I called the mechanic towards the end of the day. They said my car was not doing well. WHAT!? This is not what I thought when I got in the car to go to work today. 🙁

They told me that I blew both head gaskets, and cracked the radiator all the way across. And then they told me the repairs would cost more than the worth of the car.

I had just replaced the timing belt, put on new tires, and I keep up with all the maintenance that’s required! How could this happen? I asked the mechanic and he said there’s not much I could’ve done. My car has been reduced to a huge hunk of metal or a money it. Either way you look at it, it’s time for it to no longer be mine.

Brighton and I remembered that Somer’s boyfriend Dan works on cars, and he has volunteered to buy it from us, fix it up, and resell it. At least it’s not going to the junk yard the way I thought originally. 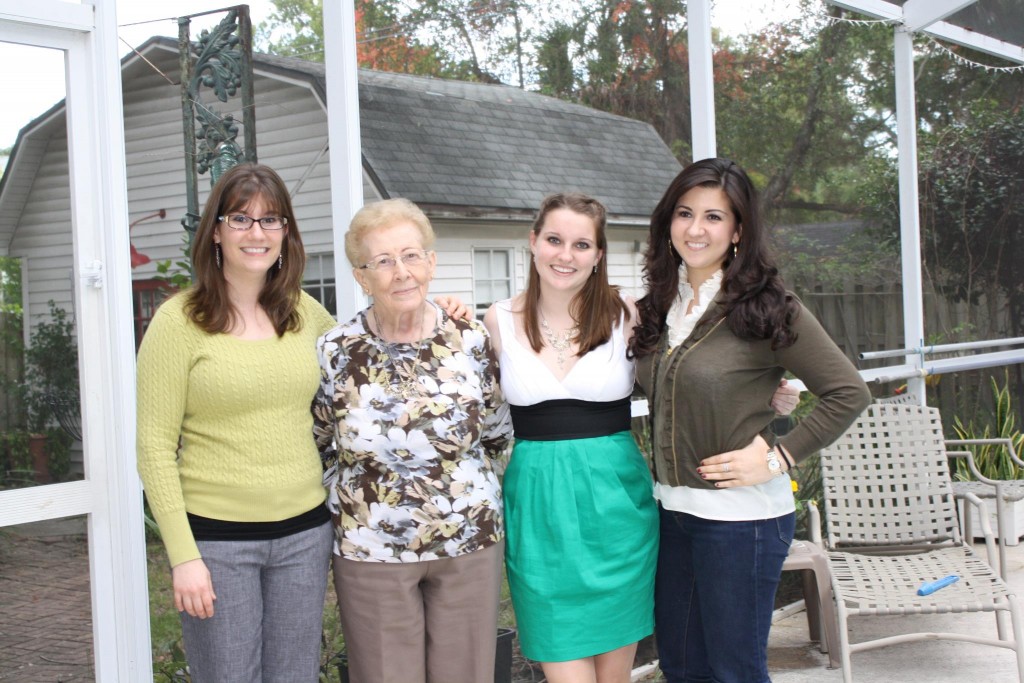 This car was my late grandmothers, and she babied it. When she passed away, I inherited it. It was low mileage for its year— 50k at the time, and now still only 90k. I’ve had the car for about three years now, and I get very attached to my cars. 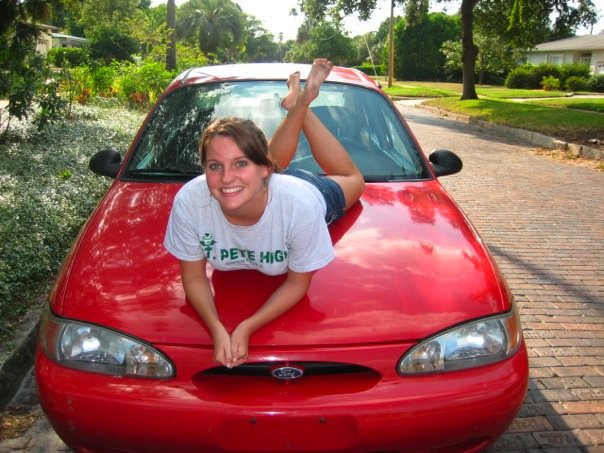 My first car that I got when I was almost 17, a red Ford Escort, was hard enough to say goodbye to back in 2012. I was hoping this car would last me until next year, at least! 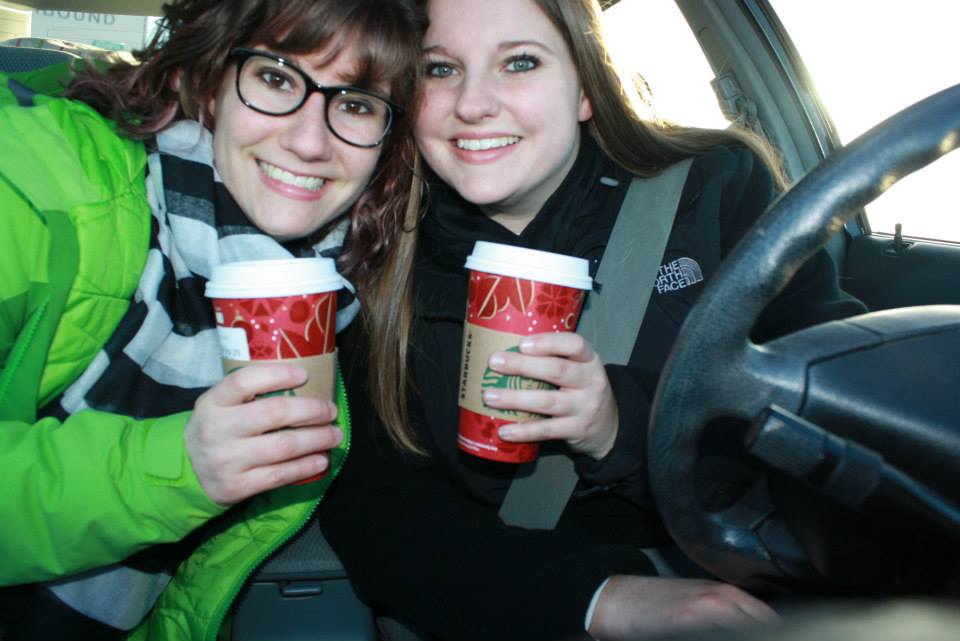 Lucille (my car) and I have been through so much together! *Excuse me, while I get sappy and ridiculous* First of all, she got me through my last year of college, and through a cross country road trip with my sister. Then, she was stolen… and returned. (Which apparently I did not discuss on the blog when it happened— Strange.) 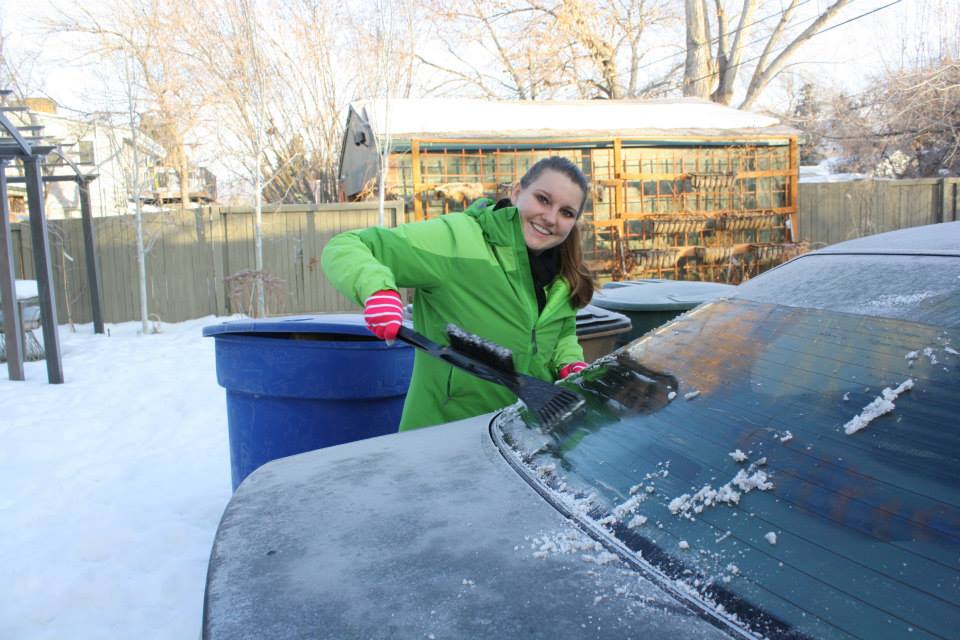 She took Brighton and I on 6 months of road trips all over Utah, Arizona, and Wyoming before he got his car. Would it be weird to say we fell in love in the car? (Due to so many hours of talking and getting to know each other). She safely delivered me down Parley’s Canyon at 2am in the middle of a snow storm while I drifted in and out of the lanes with Brighton attempting to verbally coach me through a crash course in snow driving. While she’s caused great anxiety since her unplanned vacation from me, I’ve been thankful for inheriting her from my grandmother. In a way, I felt that Nana was with me in spirit (and in her car) after her death. 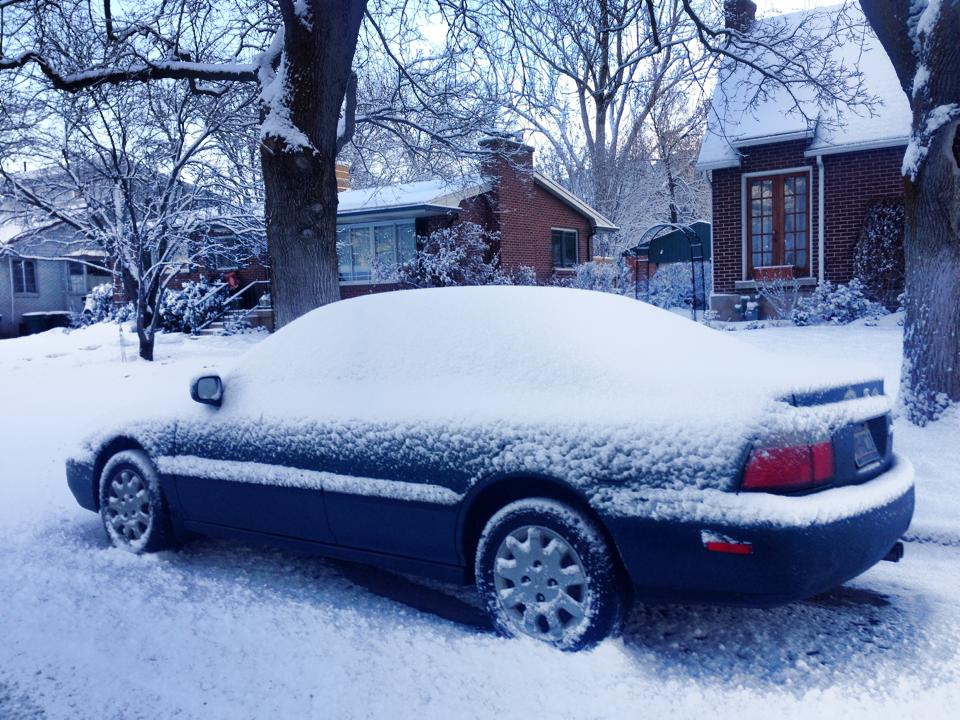 Unfortunately, Lucille’s life has come to an end, but she’s been so good to me I felt the need to write it all down.

The silver lining in this story is that I get to pick out a new car— Which has literally never happened! My parents have been awesome enough to let me inherit older cars, which I took gratefully because I had no other way of reasonably purchasing a car, but I’ve never had the opportunity to pick a car. 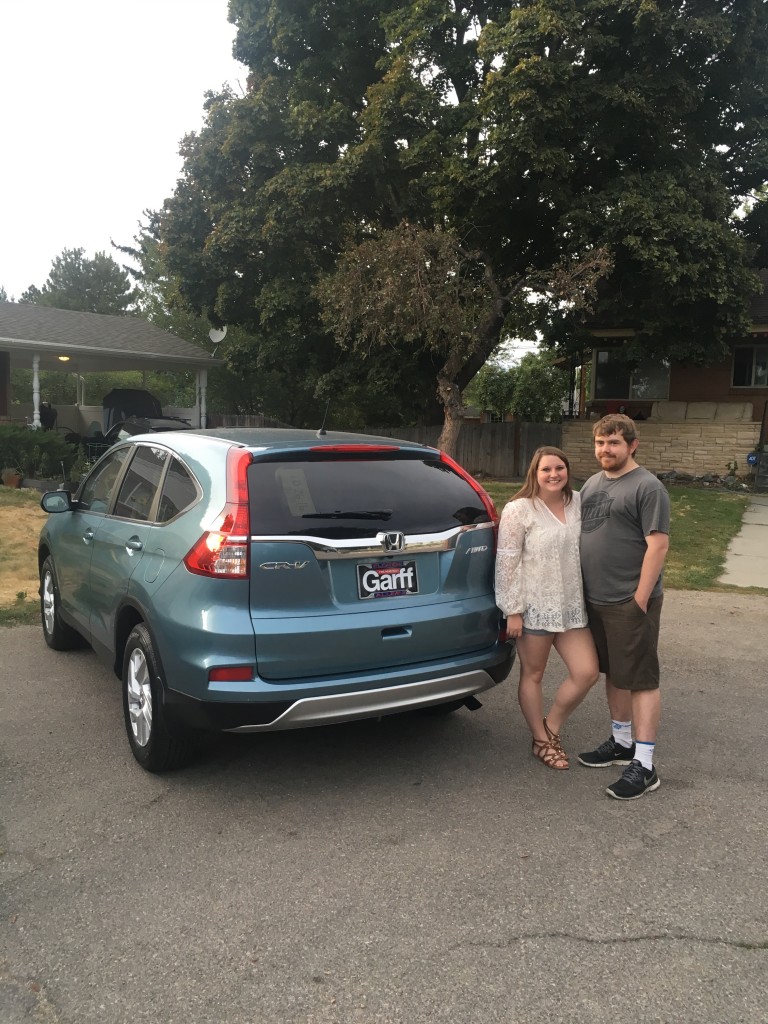 Now, my high school self (and current self) are going to fulfill my dreams of a Honda CR-V (in the Mountain Air color-ha!)! I learned to drive on a mini-van, and the only part of that car I miss is the height of the car— I like being higher off the ground in a car because I feel like I can see more of my surroundings, and I feel less small and vulnerable. 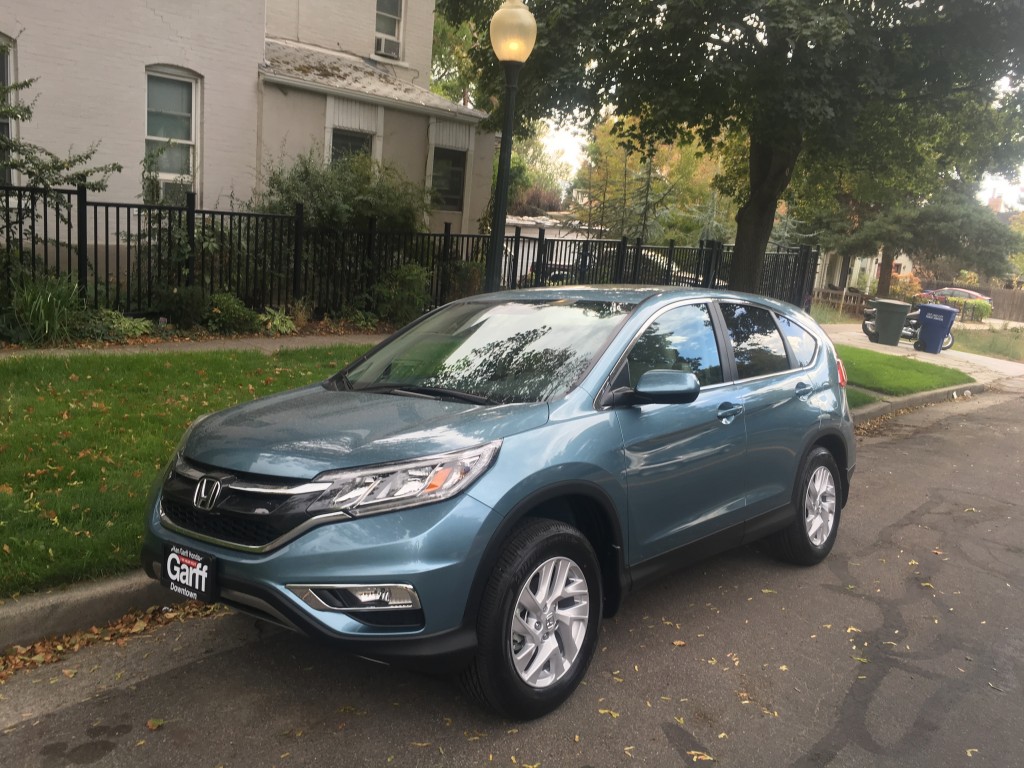 Isn’t she so pretty?!

This car is perfect for me— I am going to turn it into an adventure mobile (I hope)! She has lots of space in the trunk for our camping gear, there’s all wheel drive for better snow handling, higher clearance than a car, and she’s got an Eco-Mode for saving gas on our road trips. I’m in love!

I need a name for her though… Any suggestions?!

2001 Red Ford Escort – Lucy (because she was little, red, and sassy!)
1997 Honda Accord – Lucille (because that seemed like a more traditional, upstanding name)
2016 Honda CR-V – Cheryl Strayed, Frodo, Nessie?