This is the second post of my Thanksgiving Road Trip to San Diego. For Days 1 & 2, click here. For Days 5 & 6 though Arizona to Monument Valley and Horseshoe Bend, click here.

We began our Thanksgiving continuing our tour of popular spots in San Diego before heading to our family’s Thanksgiving dinner in La Jolla. 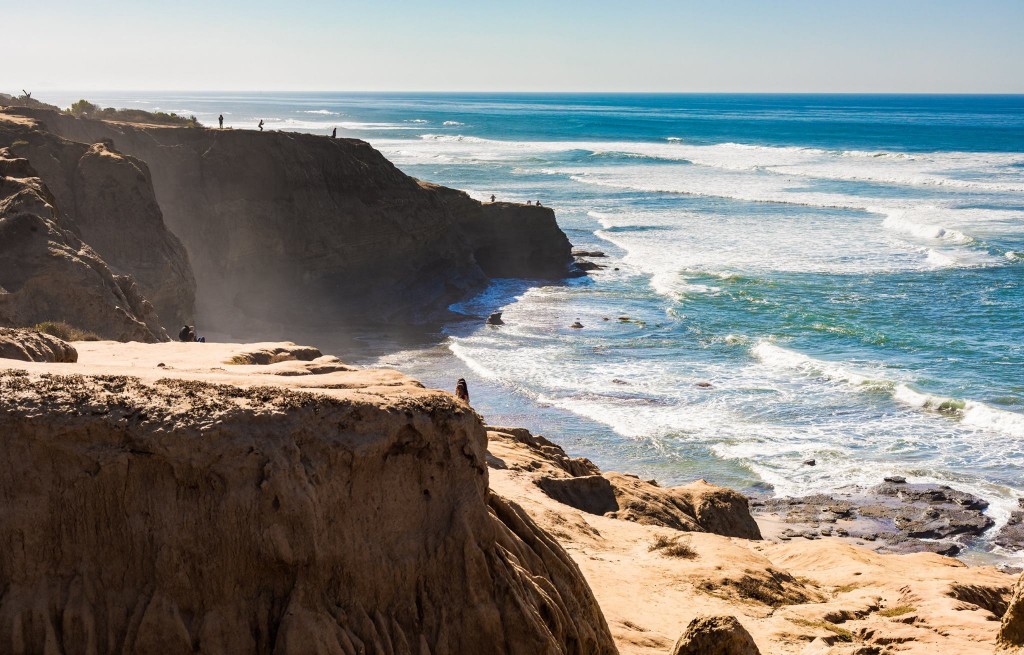 I read about this park online, and I wanted to go find this little cave that I kept hearing about, but Chase said it was closed off due to dangerous erosion. Brighton and I decided to still go look at the cliffs anyways though. It was an easily accessible park with pretty views of the Pacific and the natural seawalls. 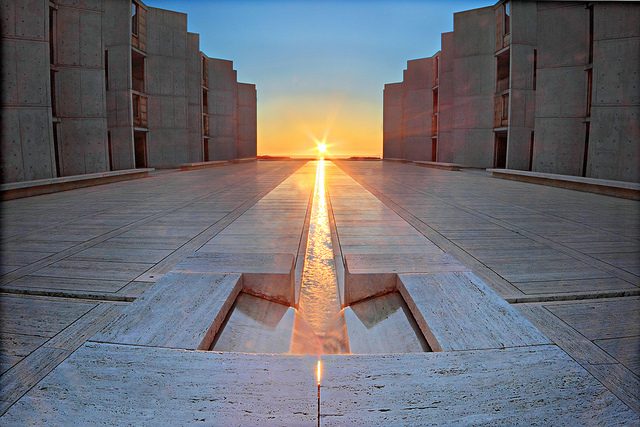 The Salk Institute for Biological Studies is an independent, non-profit, scientific research institute located in La Jolla. Edyta and Chase told us that we should go explore it, but we found out upon arrival that it was under construction and closed for the holiday. Duh. It’s got some unique architectural design with views of the water contrasting with its stark, concrete buildings. 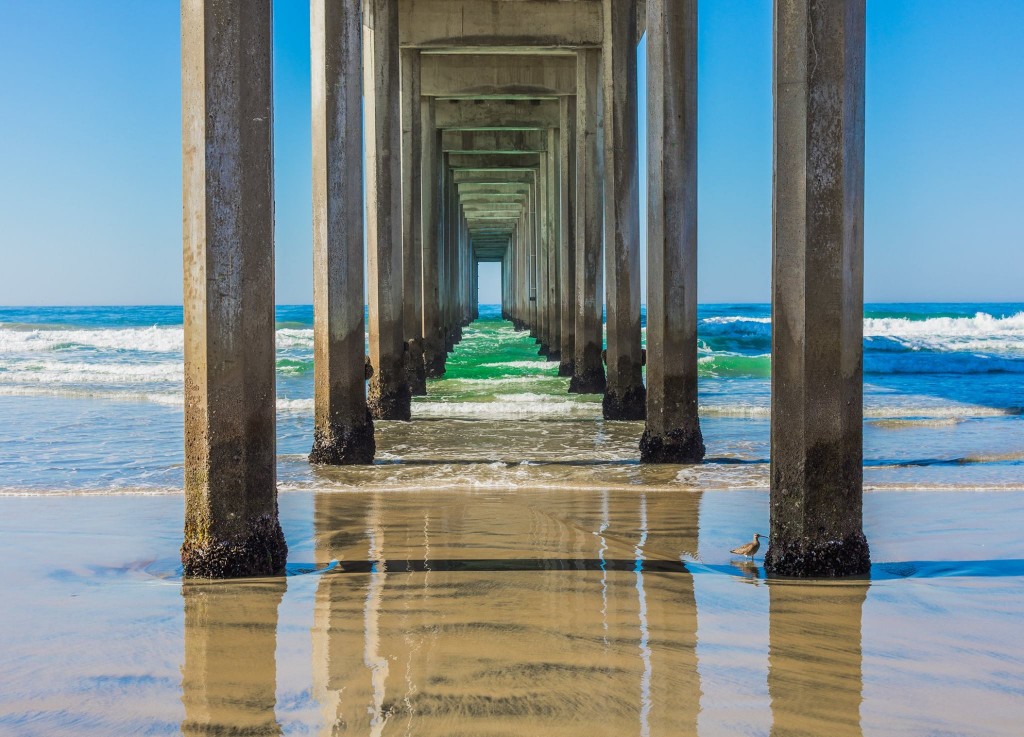 When researching our trip, I also found that we should go visit under the Scripps Pier. It was a different type of beach than La Jolla Cove, even though it is just a couple miles away. We had some photography fun with the lines and angles of the pier in our photos. Apparently this is one of the most “Instagrammed” places in San Diego. I can see why! 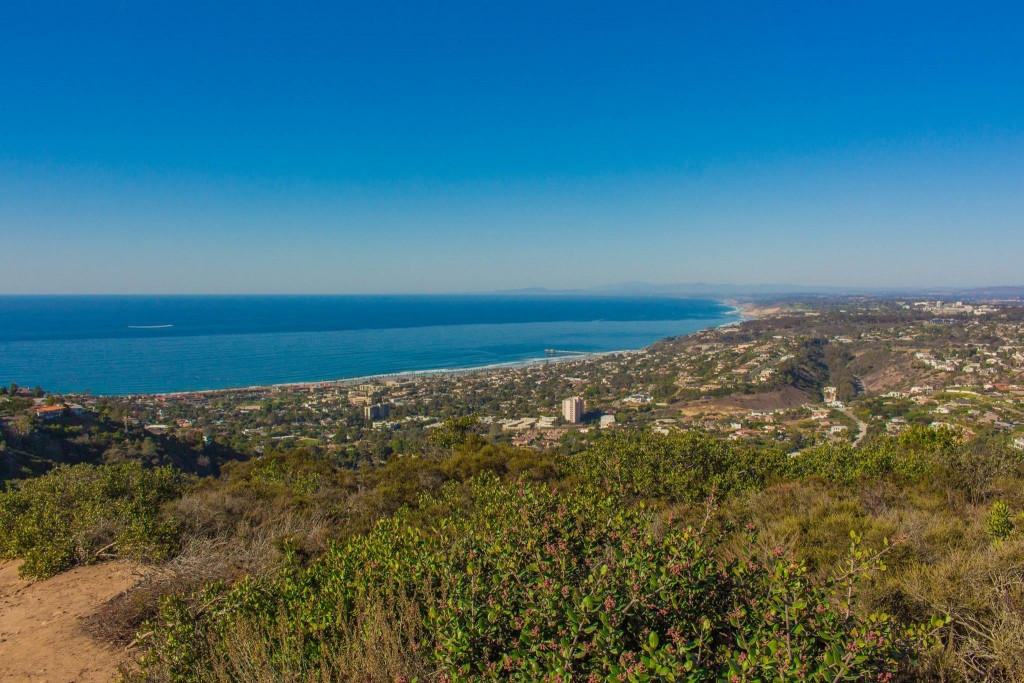 I wanted a birds’ eye view of the city, and I stumbled upon Mt. Soledad during my research. Since it was a short drive from our previous 2 destinations, we drove up to the top of this luxury neighborhood for the view for a happy surprise. We put in “Mt. Soledad” into GoogleMaps, but we found out there’s actually a park at the top which is a Veterans Memorial.

It’s a memorial, but honestly, I was really there for the panoramic view of San Diego! You can see the Pacific Ocean, San Diego, La Jolla, and the mountains. While we were up there, we overheard someone pointing out mountains in Mexico off in the distance. 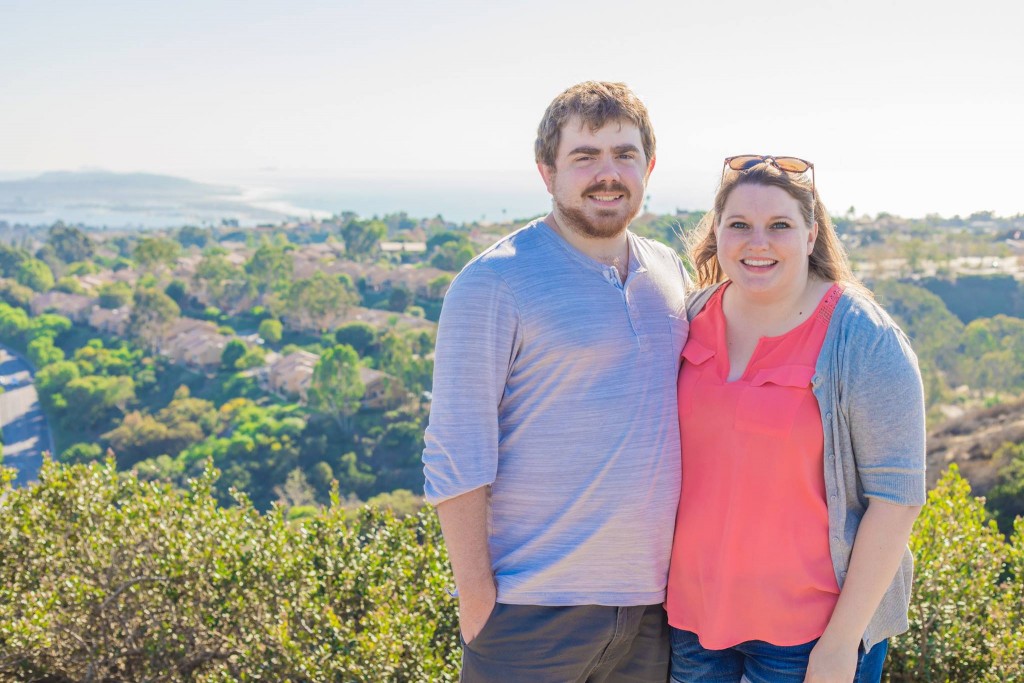 After our trek up to Mt. Soledad, we had our family Thanksgiving dinner at Chase’s apartment back in La Jolla. 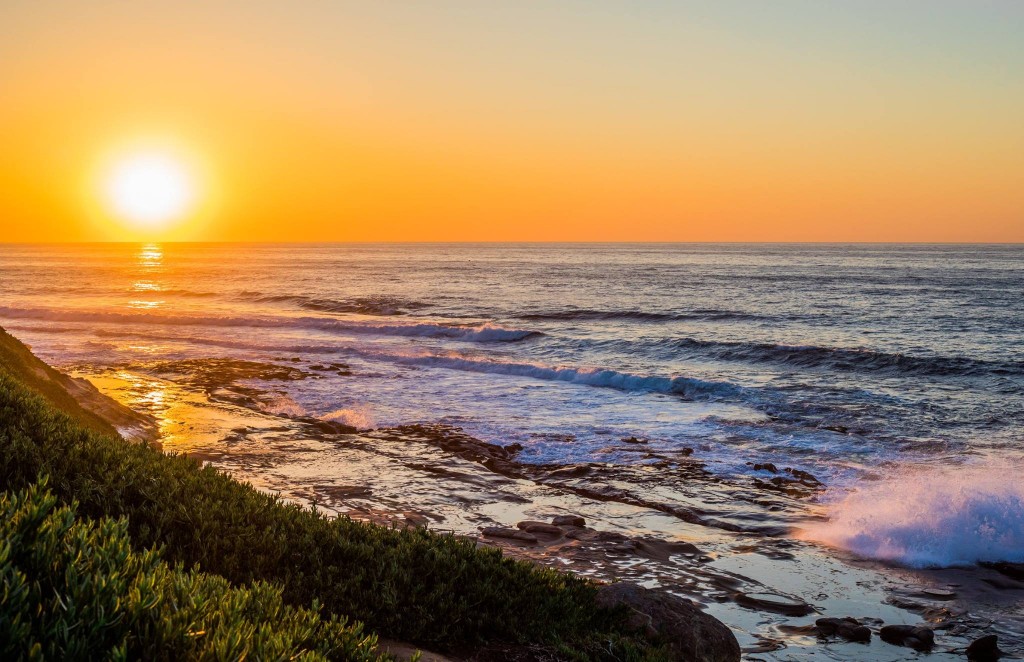 The tradition in my side of the family is to go on a walk after our Thanksgiving (or Christmas) lunch/dinner. It’s my favorite part of the holiday. I know I am going to get some criticism for this, but I kind of hate most Thanksgiving foods. I really only like the mashed potatoes, and ham (if there is any). Cranberry sauce, green bean casserole, and stuffing just doesn’t do it for me. :/

The treat for me was walking down to Cuvier Park to watch the sunset finish the day. Gorgeous cliffs, blue ocean, and a colorful sunset— the perfect Californian end of Thanksgiving day. 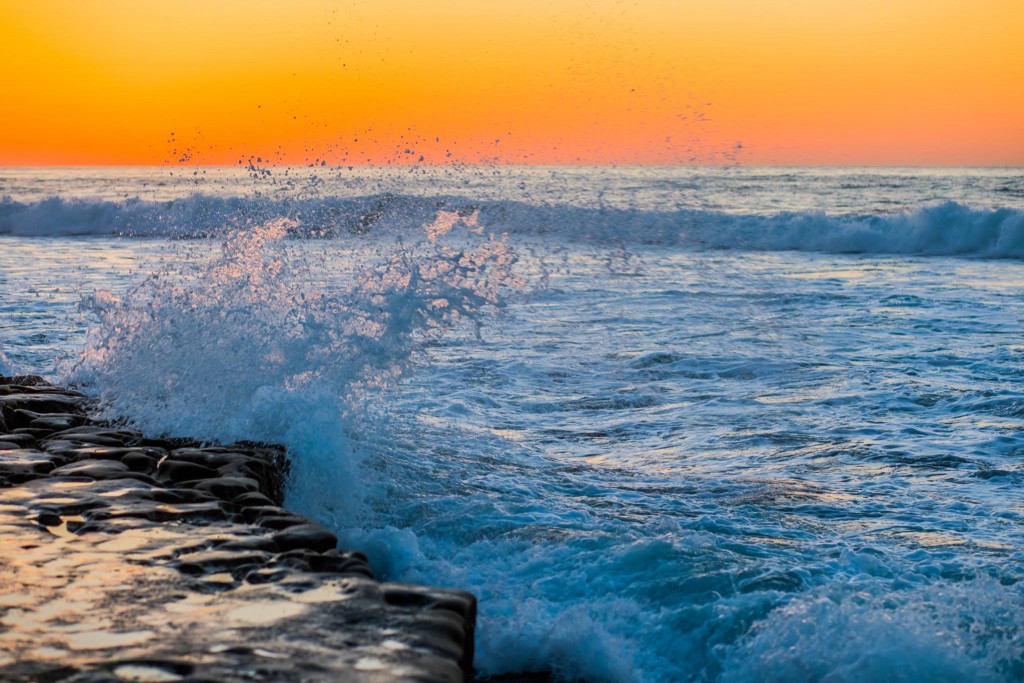 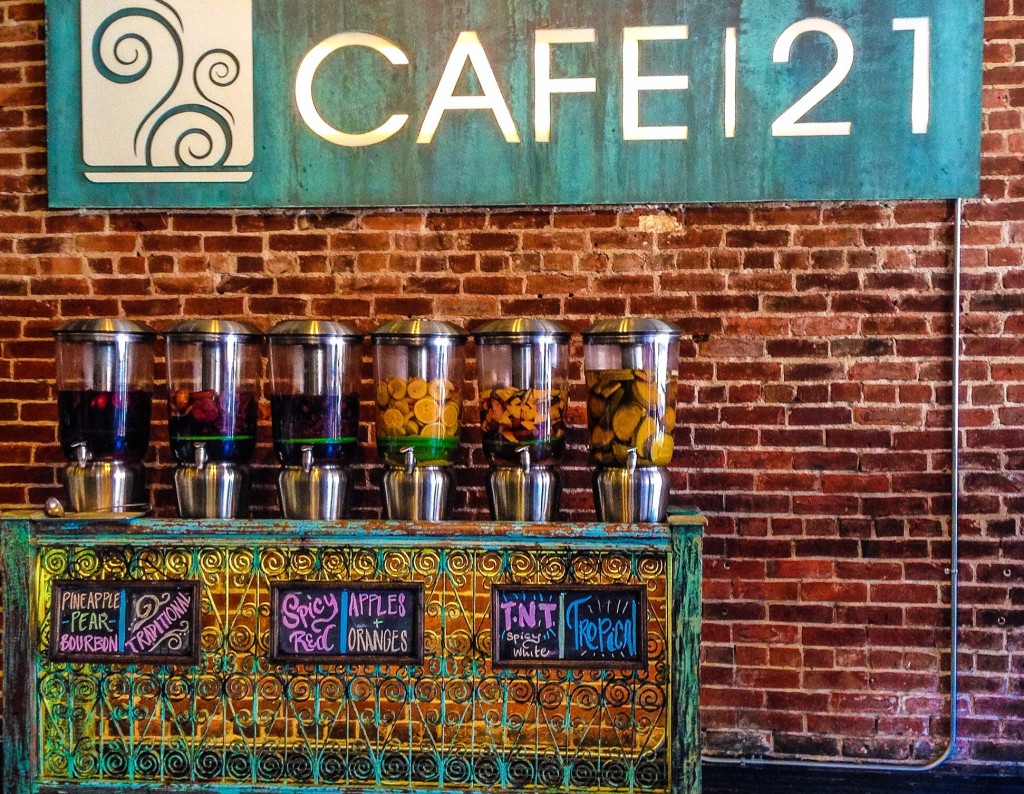 Since we ate Thanksgiving lunch pretty early, we were hungry a little later. As you’d expect, most restaurants were closed by this point but we were referred to Cafe21 by the hotel, and it was delicious. They had a live band playing Spanish music and unique culinary mixtures. I had curry seared scallops, which were everything I wanted and more: sauteed scallops, Yukon mash, and yellow curry yogurt sauce. My mouth is watering just thinking about it! 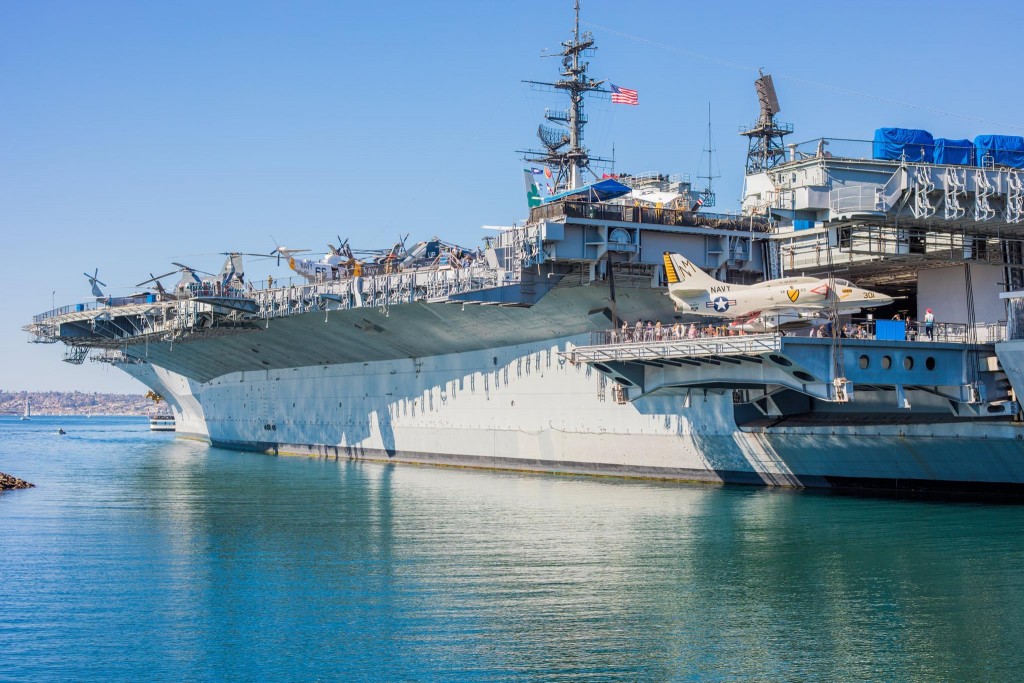 One of the top-rated attractions in San Diego is the USS Midway Museum. Brighton wanted to see the jets, so we decided to check it out for our last day. The USS Midway was America’s longest-serving aircraft carrier of the 20th century, from 1945 to 1992. Approximately 200,000 sailors served aboard the carrier, known for several naval aviation breakthroughs as well as several humanitarian missions. It was the only carrier to serve the entire length of the Cold War and beyond. There is a self-guided audio tour free with admission that walked us through the entirety of the ship. It’s really quite amazing that such a large, heavy ship with so much steel could float and survive all those wars. There was someone in front of us on the tour that was reminiscing on his time serving in the Navy. 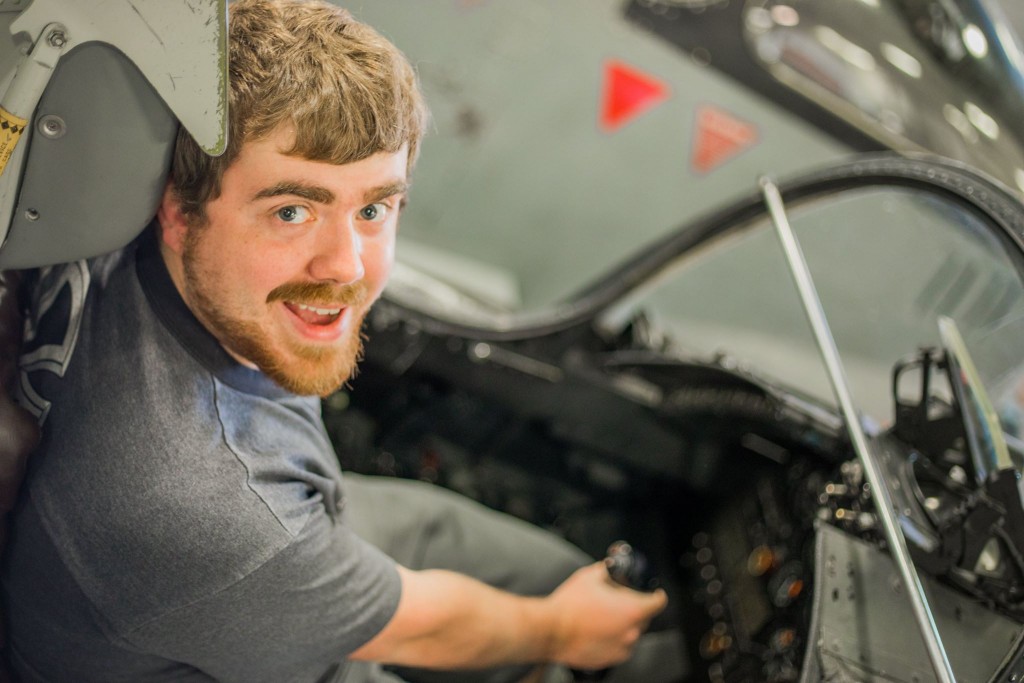 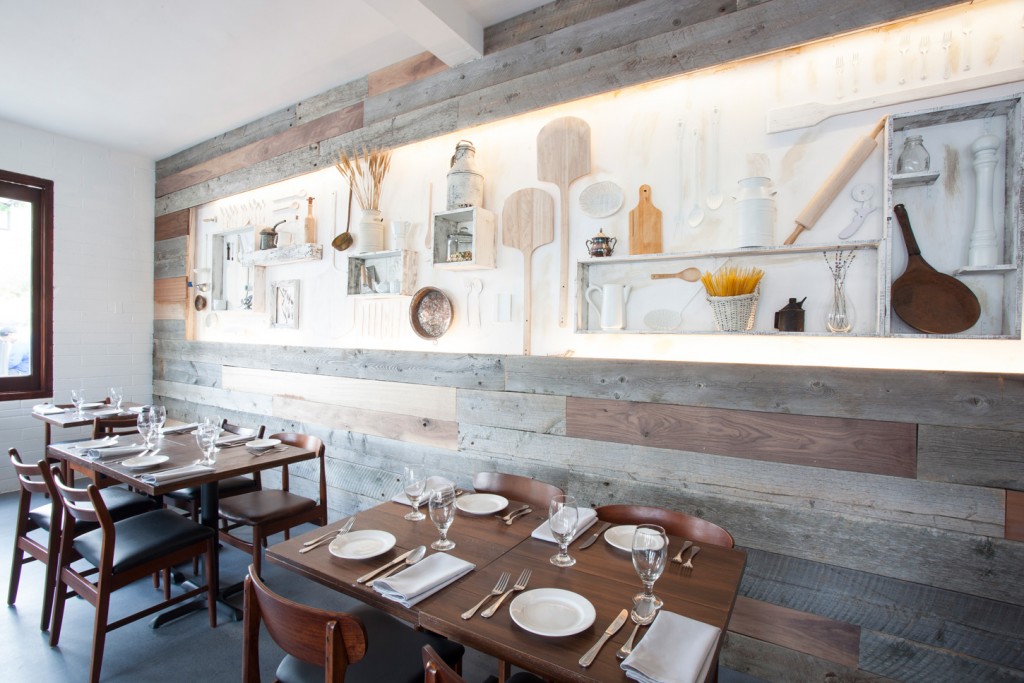 As I mentioned earlier, we stayed in Little Italy and we were constantly walking back and forth past all these authentic Italian restaurants. I wanted something authentic, but with a casual feel for our late lunch. We chose Civico 1845 because they offered handmade pasta (as many of the restaurants in the area do), and I liked the contemporary vibe. I ordered a seafood linguine which was exactly what I was craving. Homemade pasta, authentic tomato sauce, and variety of seafood- Yum! Brighton had a dish called Pappardelle Brasato which is slow braised short rib with ragu cabernet that was equally as yummy. 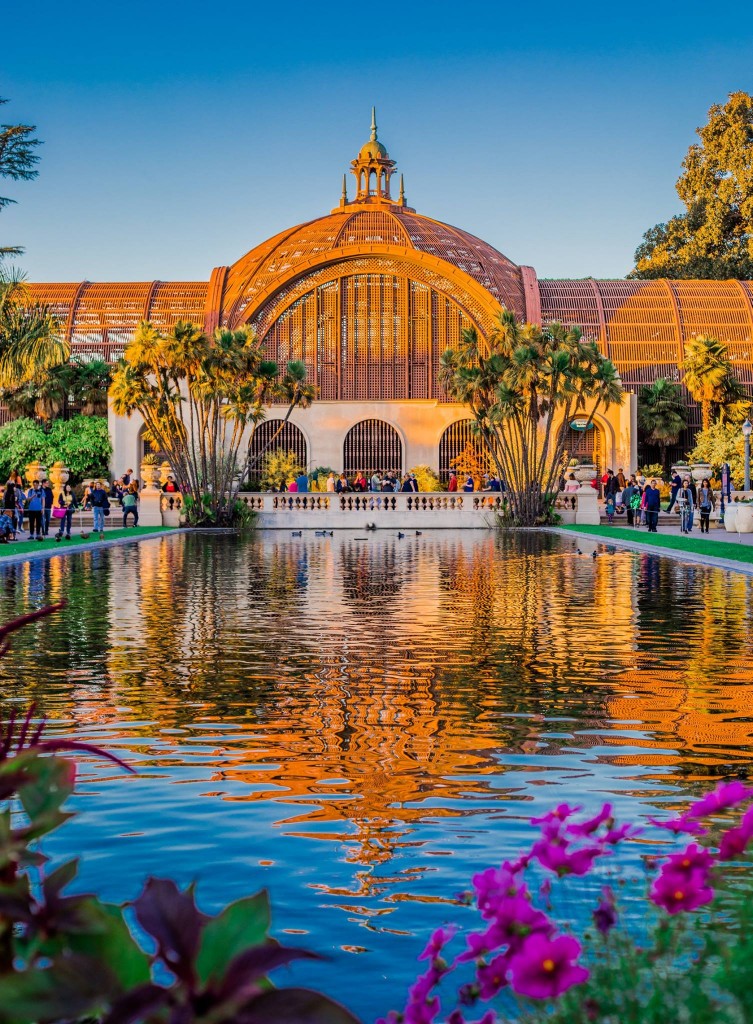 Another popular spot for tourists and locals alike is Balboa Park. I was overwhelmed at how HUGE it is. There’s 2 canyons within the park, a zoo, several museums, and gardens— all right in the middle of San Diego. We didn’t have a lot of time to spend wandering, but we drove through the El Prado area and walked around the gardens near there. It seems like a very lively place to visit that could take all day if you have the time. It’s worth a visit to see the cactus gardens- in my opinion! 🙂

After we visited the park, we came back to our comfy hotel room and watched House Hunters and ordered dessert from room service. Ahhh, this is the life. (Are we an old married couple yet?) 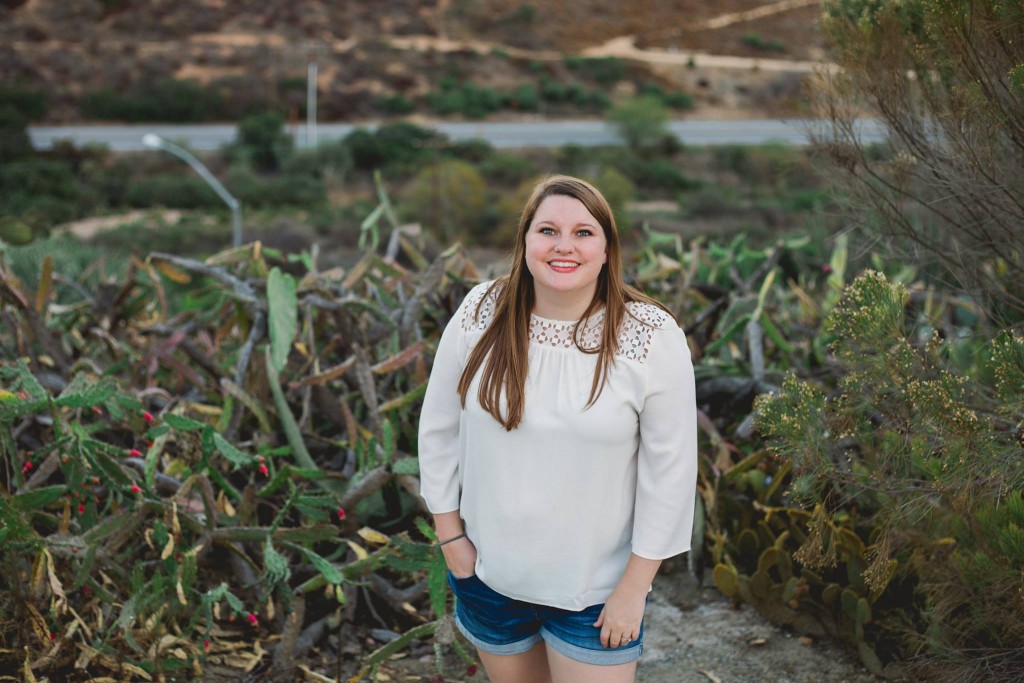 What spots should we hit next time? Where is your favorite place in San Diego?