During the month of October, I was sent back to Utah for work. During the free weekend, Kelli & I went on a quick road trip to West/Central Colorado to check out a couple new national parks (Hikes 39 & 40).

This quiet national park is not to be missed in western Colorado! The park features a deep, steep canyon that dives down to the river in about 2,000 feet. The other highlight is the exposed marbled canyon exposing some of the oldest exposed Precambrian rock in the world. This rock is approximately 2 billion years old! The Precambrian is the earliest part of Earth’s history, set before the current Phanerozoic Eon. 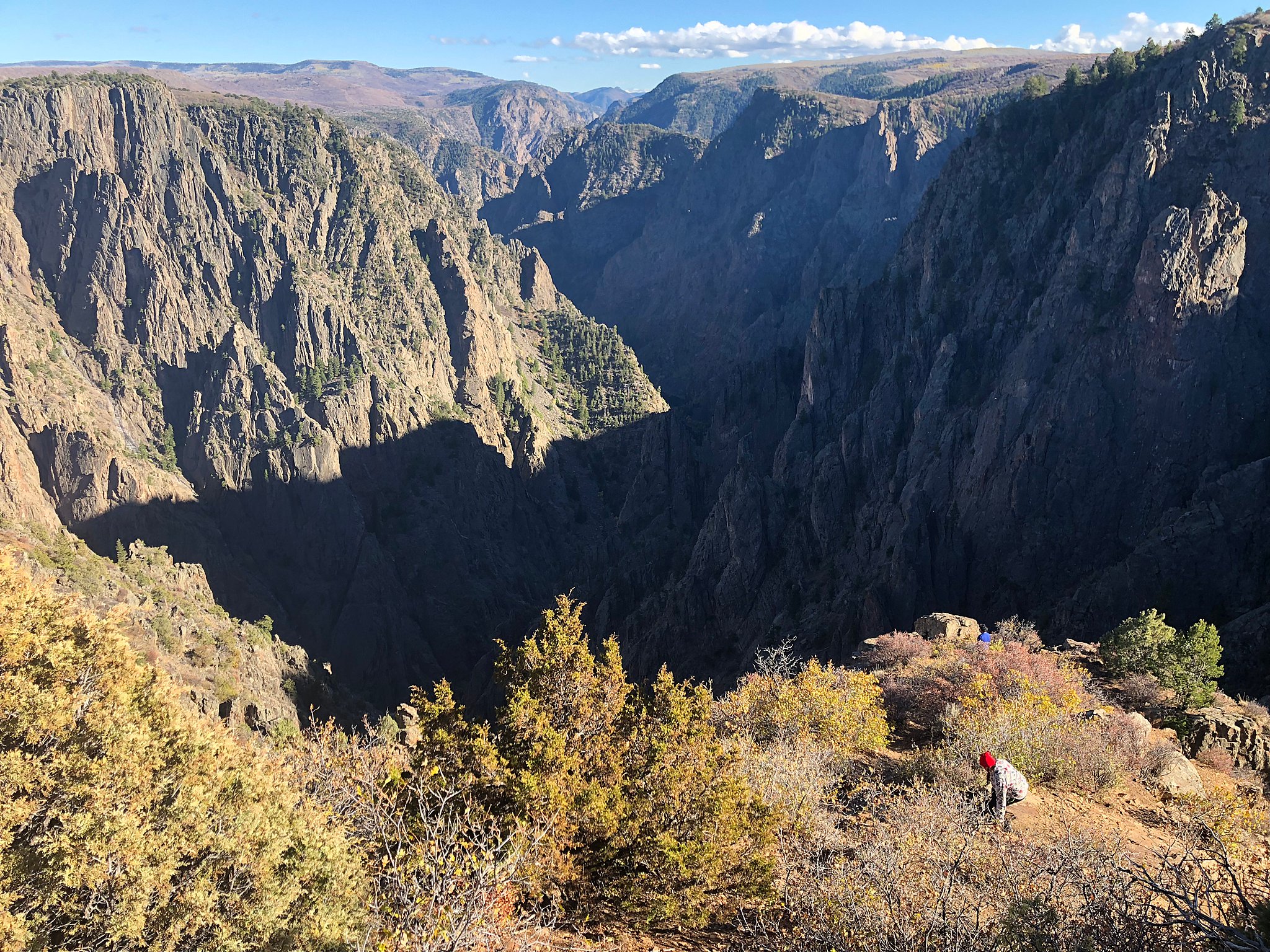 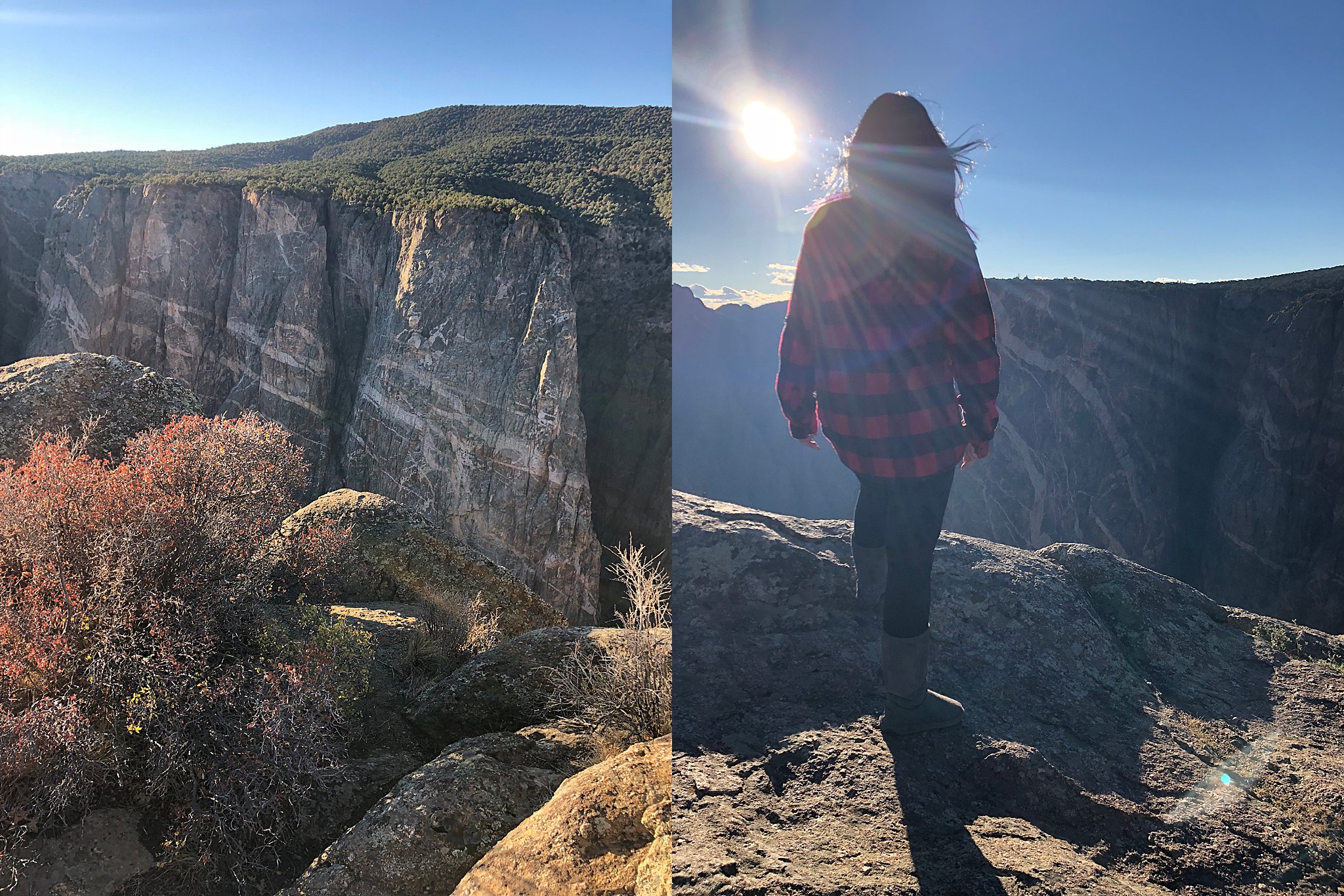 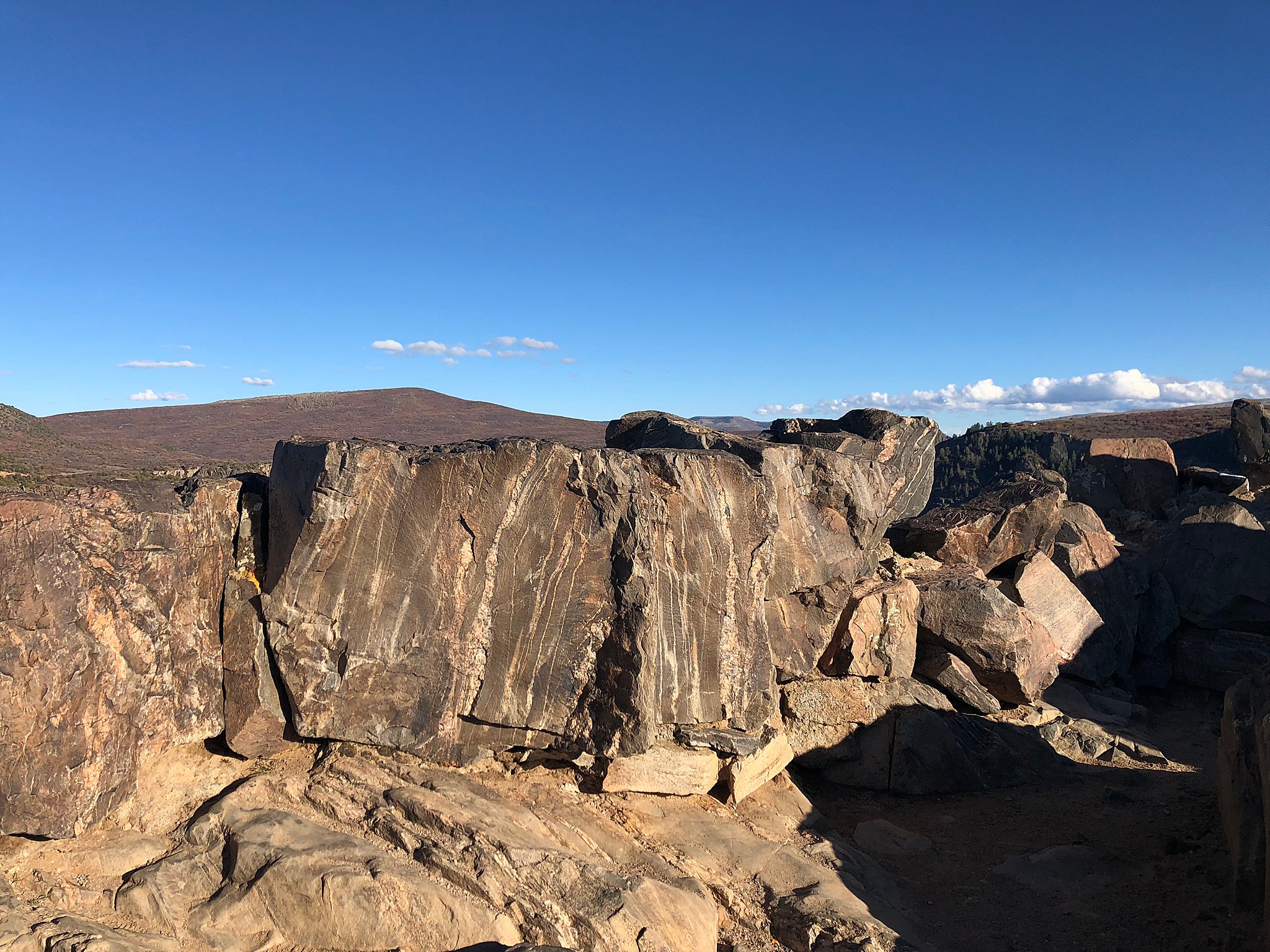 Black Canyon of the Gunnison exposes you to some of the steepest cliffs, oldest rock, and craggiest spires in North America. It has hiking trails, river activities, and of course, rock climbing.

We drove the rim, and walked along some of the South Rim trail. We stopped at Pulpit Rock, Painted Wall View, and Sunset View viewpoints. I was most impressed with the Painted Wall View. It’s one of the narrowest sections, but it gives the viewer a close up of the “painted” marbled walls. It’s also an impressive view into this extremely deep canyon. 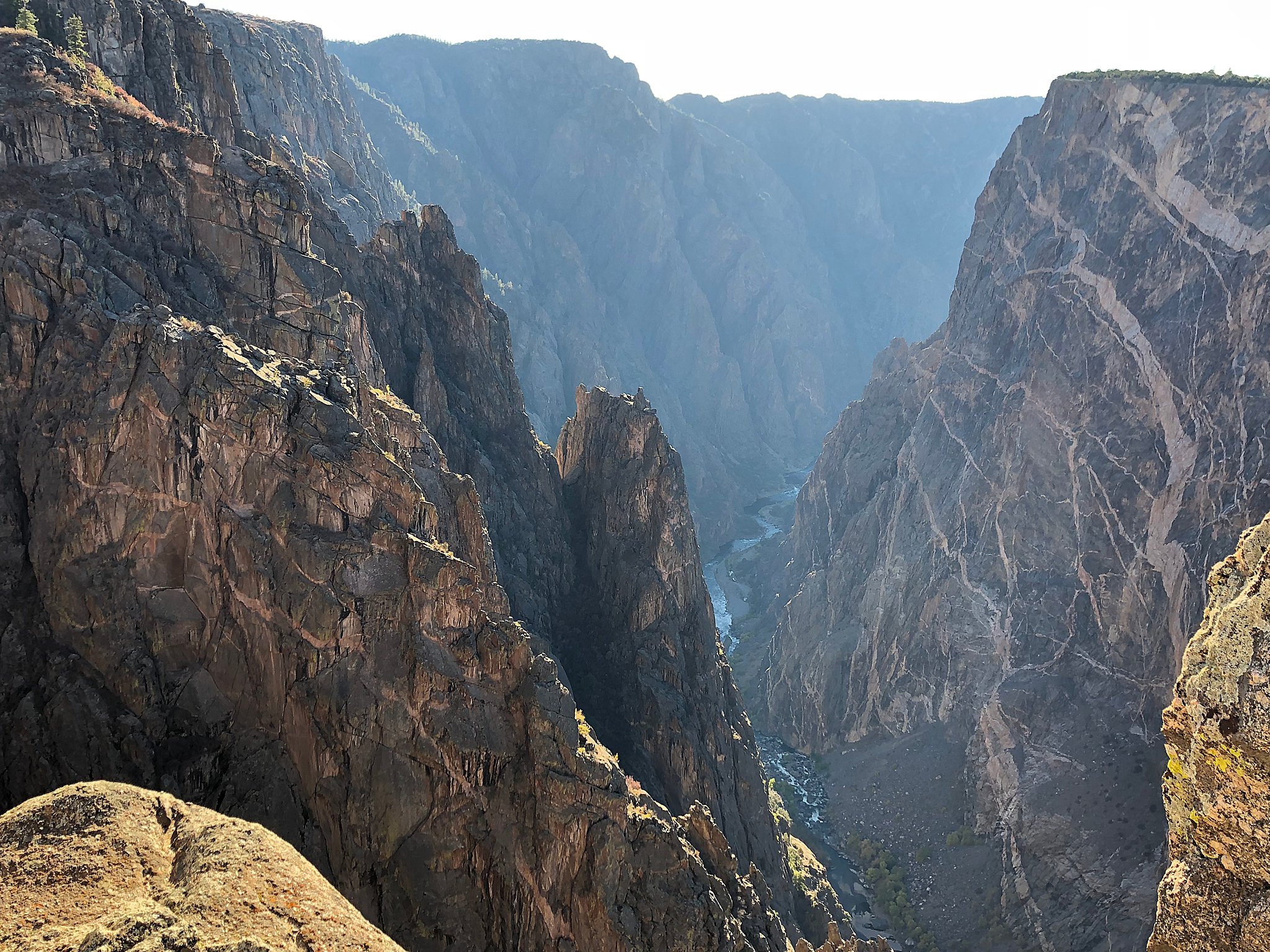 Then we drove down the East Portal Road which takes you down to the bottom of the river with 16% grade roads. I was impressed with Kelli’s driving in a stick-shift Mini Cooper! I couldn’t do it. While we were down at the river, we stopped to watch a beaver make its dam. 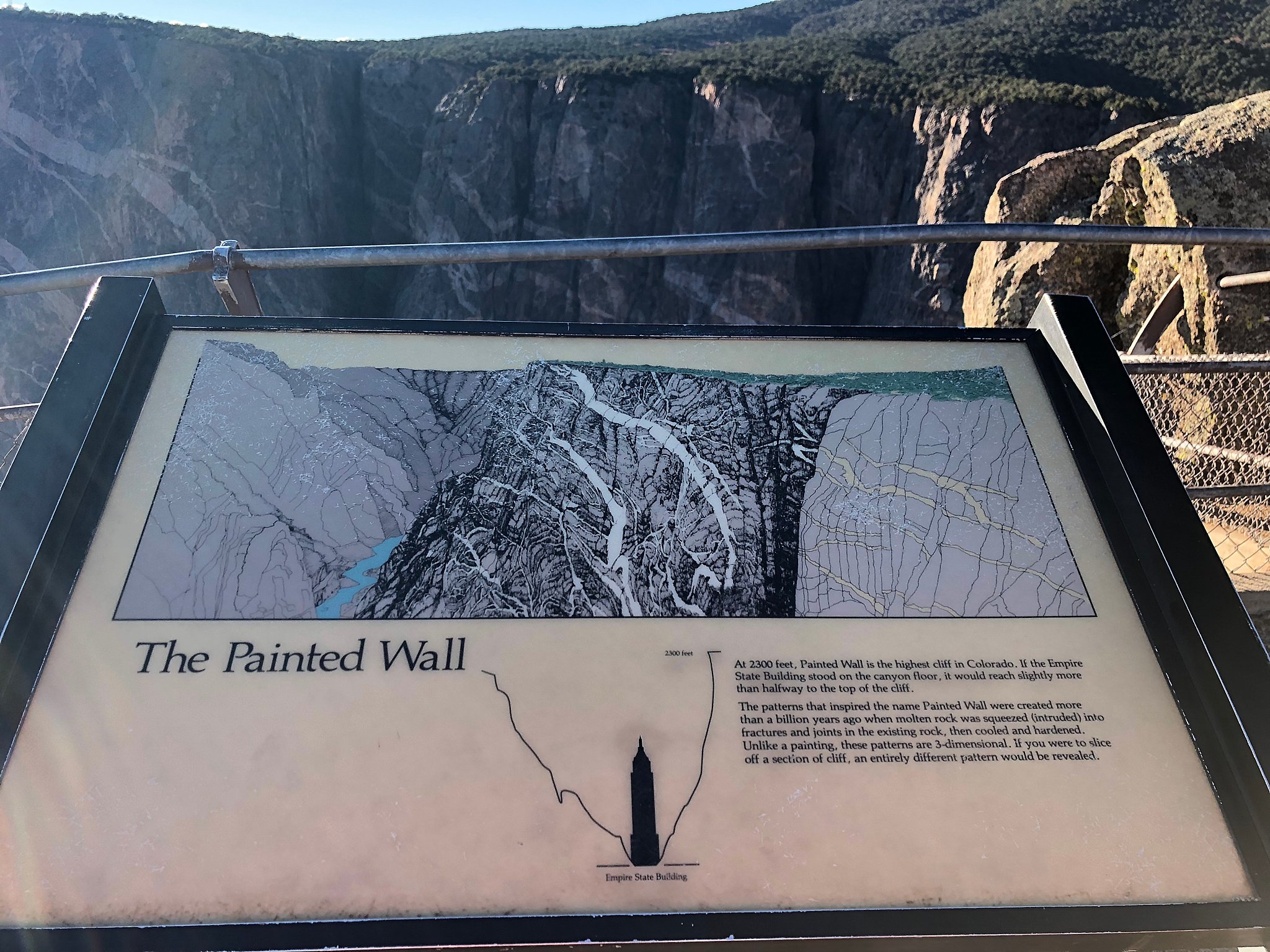 The next day, we woke up early and after a quick bagel run at Backstreet Bagel Company in Montrose, CO, and we were off to Telluride. Telluride is known for its skiing and mountain town atmosphere. This part of the mountains is also known as the “Switzerland of America,” specifically Ouray. Formerly a Victorian town at the base of the mountains, Telluride has become known as a mountain getaway for skiing.

Since we visited in shoulder season, the ski hills weren’t open yet and we just wandered around the Mountain Home area after taking the free gondola up the mountain.

The weather turned and it started snowing and we decided to move on to warmer weather— Mesa Verde National Park. On our way there, we stopped at Trout Lake.

By the time we arrived at the park, the weather had shifted from cloudy and cold to sunny and warm. This National Park and UNESCO World Heritage Site is best known for the Ancestral Puebloan cliff dwellings.

Their structures from 750-1300 AD are incredibly well-preserved and fascinating! The dwellings started as little pueblos on the land, and eventually evolved into the cliff dwellings that the park is best known for. They were extremely strategic in their location as they gathered corn, beans, and squash on the plateaus and created food stores and shelter for the extreme weather shifts. 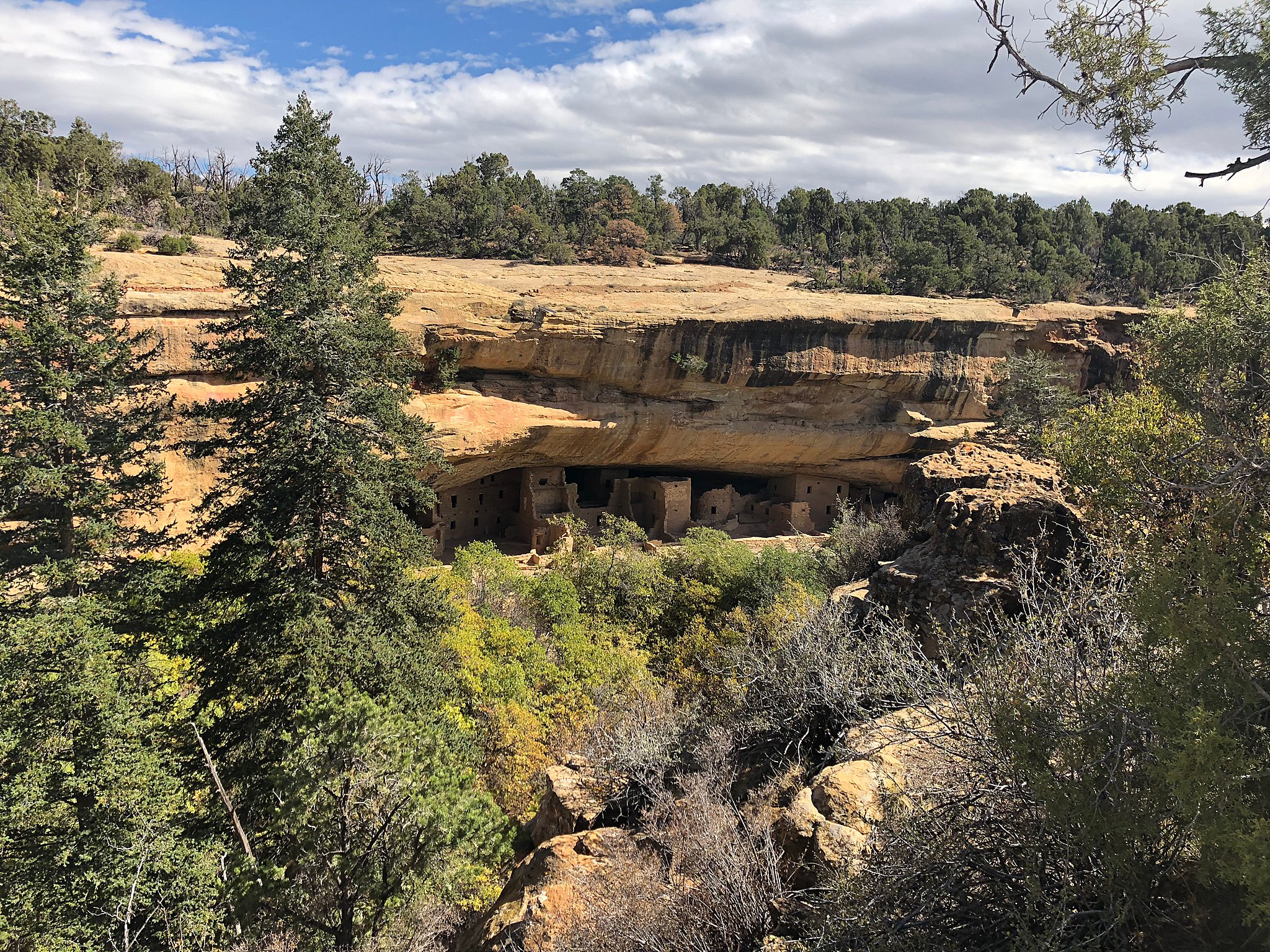 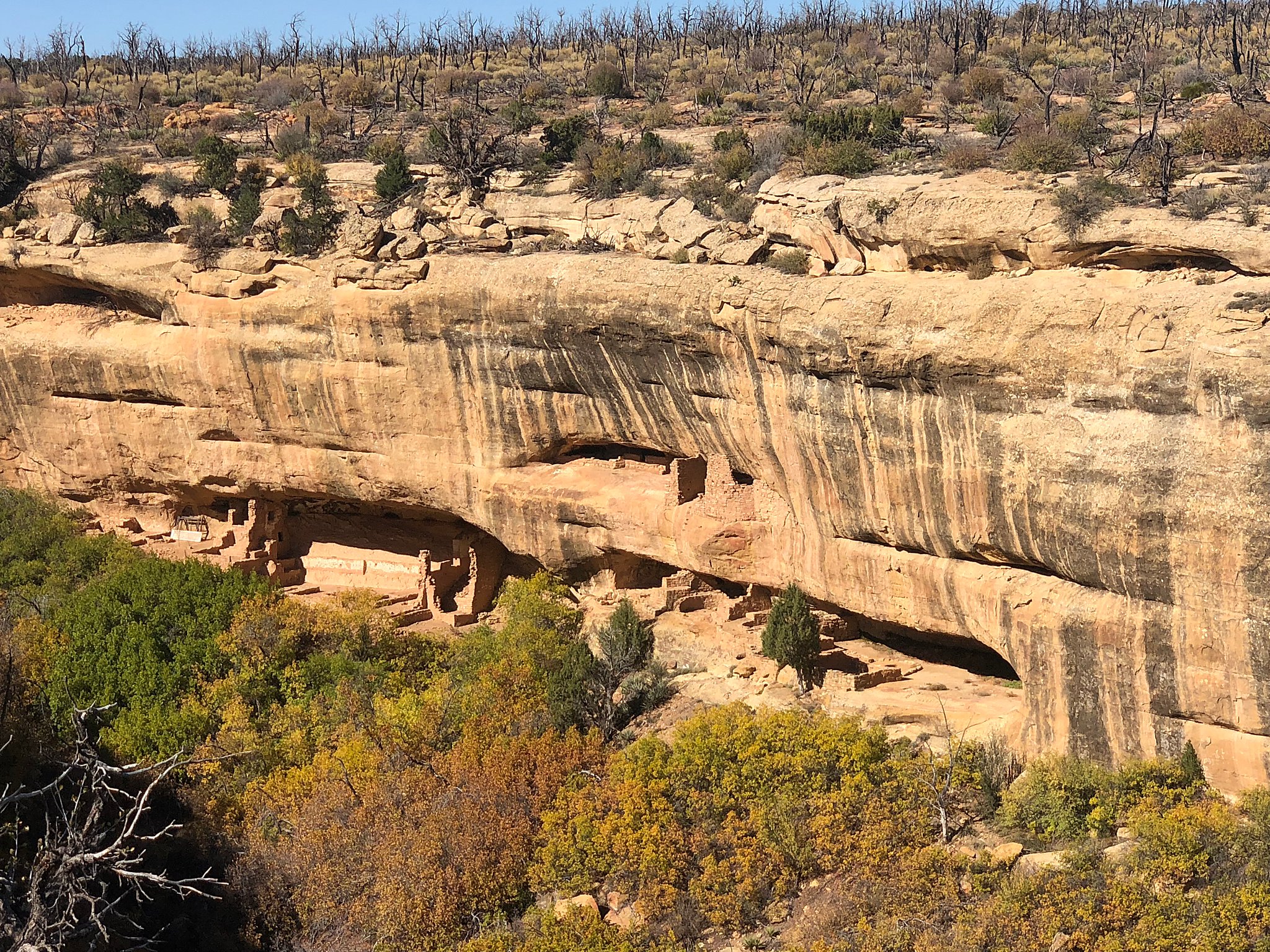 The largest cliff dwelling is Cliff Palace, which is essentially a little hotel under the cliffside. It’s quite impressive how structurally sound these pueblos are to this day. Unfortunately, we weren’t able to tour the inside of one, but it was a great taste of the park that I had been hoping to go to for a while. A word of advice if you plan on visiting— Check what’s open when you visit, and plan to do a tour in advance! We weren’t able to do any tours due to the short notice and timing of our visit, but it would make a trip more worthwhile to plan ahead.

We did the Mesa Top Loop and the Spruce Tree House overlook in the short time we had. 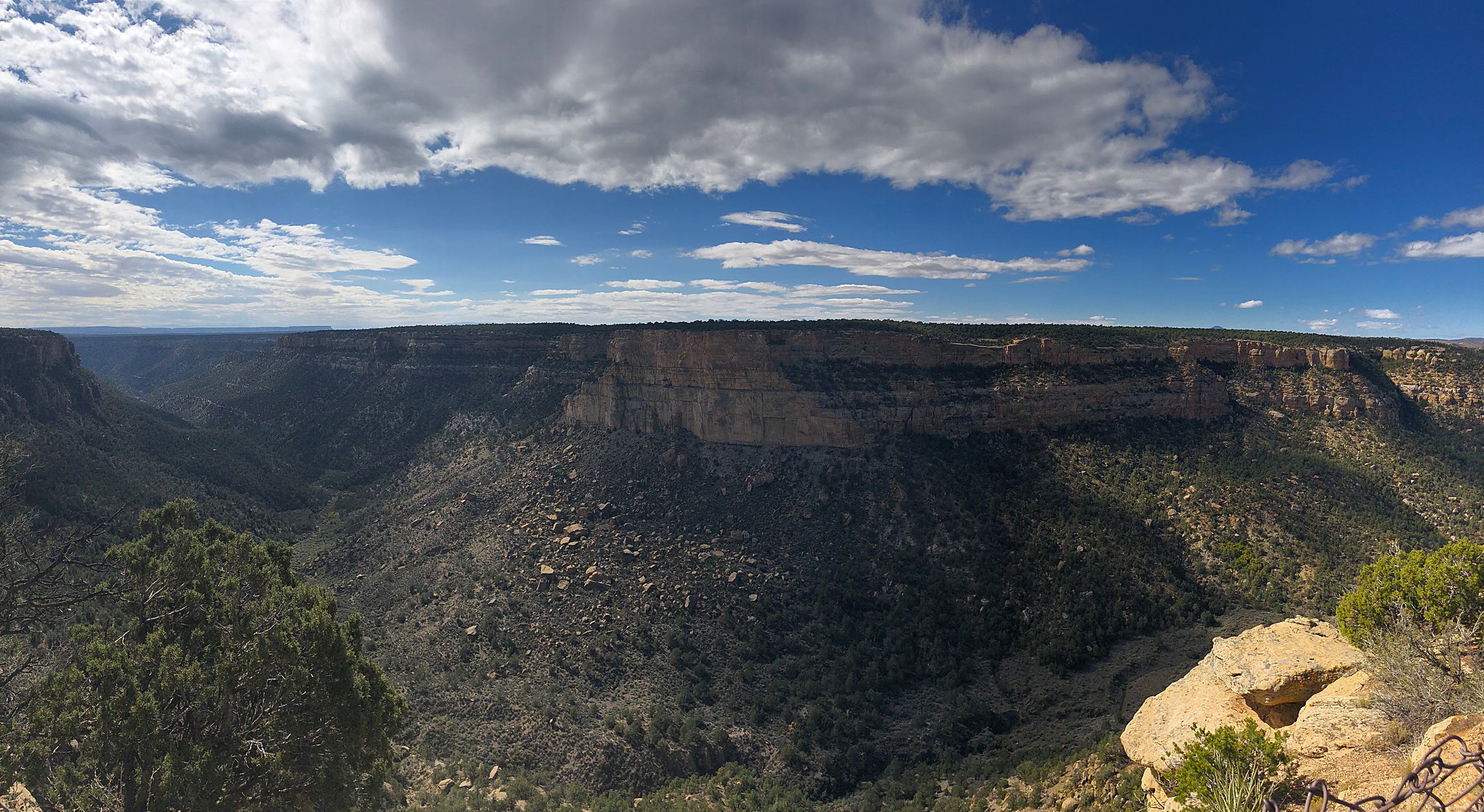 After our tour, we drove back to Salt Lake.