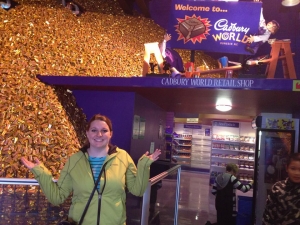 Today was our last day in New Zealand. That is crazy. It seems like just yesterday that I got here, not 3.5 weeks ago! We finished our classwork today. I felt like our final was like an IB exam because there was a short multiple choice section and then short answer, and then three separate essays that we had to choose out of and write six. My hand hasn’t hurt that much since senior year! Overall, as far as the class goes, I felt like I learned a lot. Even if I can’t articulate everything in an essay or two, I definitely soaked up a lot of knowledge and was exposed to many new things. I’m not entirely sure what I was expecting from this course. 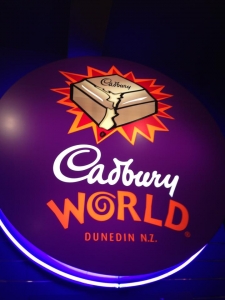 Back to the rest of my last day. After the final, a group of us went to the Cadbury Chocolate Factory. I felt like I was in Willy Wonka’s World. We weren’t allowed to take pictures in the actually manufacturing part of the factory but we could outside with their old delivery cars and such. At each place, they gave us little chocolate bars and products. It also felt like Halloween a little bit because we’d hold out our bags begging for candy. In one area, there was a huge chocolate waterfall. Literally chocolate coming from the ceiling. We got lucky though because they said they were closing the factory from tours for a week or something for repairs/upgrades. Then, of course, I had to indulge and buy some chocolate bars. Will they make it back before I get home to Tampa? 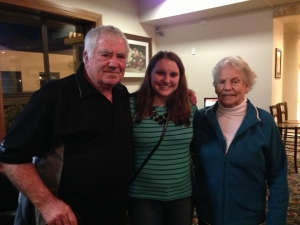 (This is a picture with the Devlins. Dr. Pat Devlin and Maureen! They were awesome!)

Last minute gift shopping was our last stop of the day after the factory tour. I wished I had gone on the Speight’s brewery tour though because I heard that was pretty cool too. Oh well! For dinner, we had a catered type meal at the hotel we were staying at. A group of us were supposed to go out in celebration, but I wasn’t feeling great tonight so the movie channel sufficed. 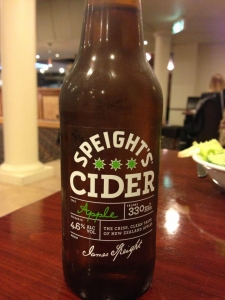 Tomorrow, we embark on our journey home. I figured out that I have at least 40 hours of traveling with all my layovers. I start in Dunedin, the flight from there to Auckland is 2 hours. Then, waiting in Auckland for roughly 8 hours. Then a 13 hour flight to LAX. Wait in LAX for 9 hours. Fly to Miami for 5 hours. 1 hour in between Miami and going to Tampa. The last flight is only an hour. Then I will be home. At last.

Our Journey to Queenstown

An Adventure to the Container Mall

How You Survive 36 Hours of Traveling