This weekend, Brighton and I participated in the Lantern Fest. The premise of the event is that each participant can light their own lantern and set it off at the same time of thousands of lanterns. 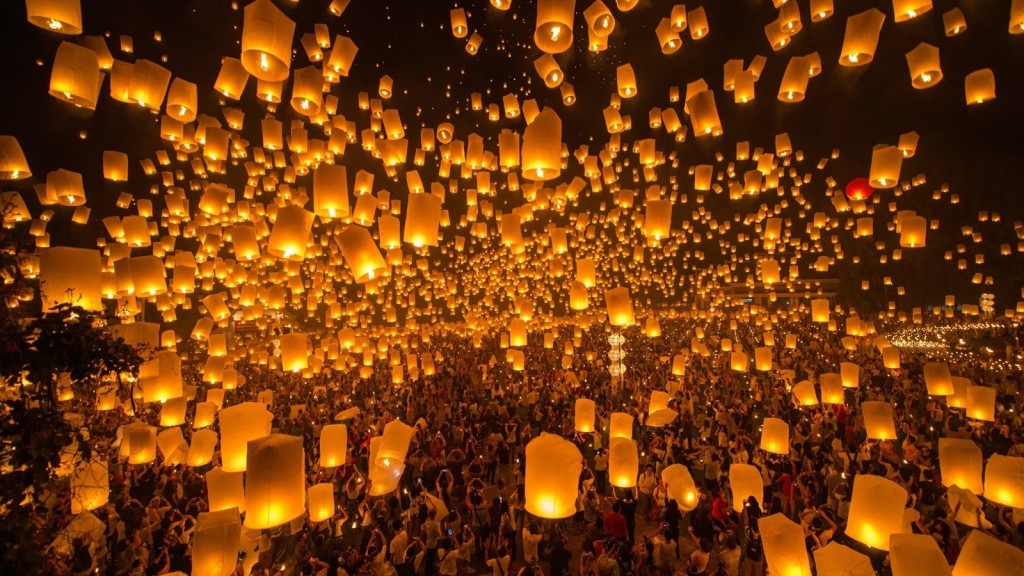 The origin of the lantern festival are somewhat unclear from my research, but it’s said to be a 2,200 year old Chinese tradition to celebrate the end of the Chinese New Year.

Another source I found mentions that the first sky lantern was used to signaling during the 3rd century BC. Taiwan has a festival where lanterns are released with participants’ wishes and prayers written on them. In Thailand, lanterns are released during a festival called Yi Peng (roughly translated to two full moon day), where the people can “make merit” which relates to a person’s growth toward spiritual liberation in the Buddhist religion. In addition, many Thai believe that by releasing the lantern, they are also releasing their worries and problems away.

As you can tell, there is much history and significance to releasing paper lanterns into the night sky at different times of the years in many cultures.

What are they made of? How is this event sustainable?

The lanterns that we used are made with 100% biodegradable rice paper, bamboo and string. I really liked that they take responsibility in making sure their events are not damaging to the environment. 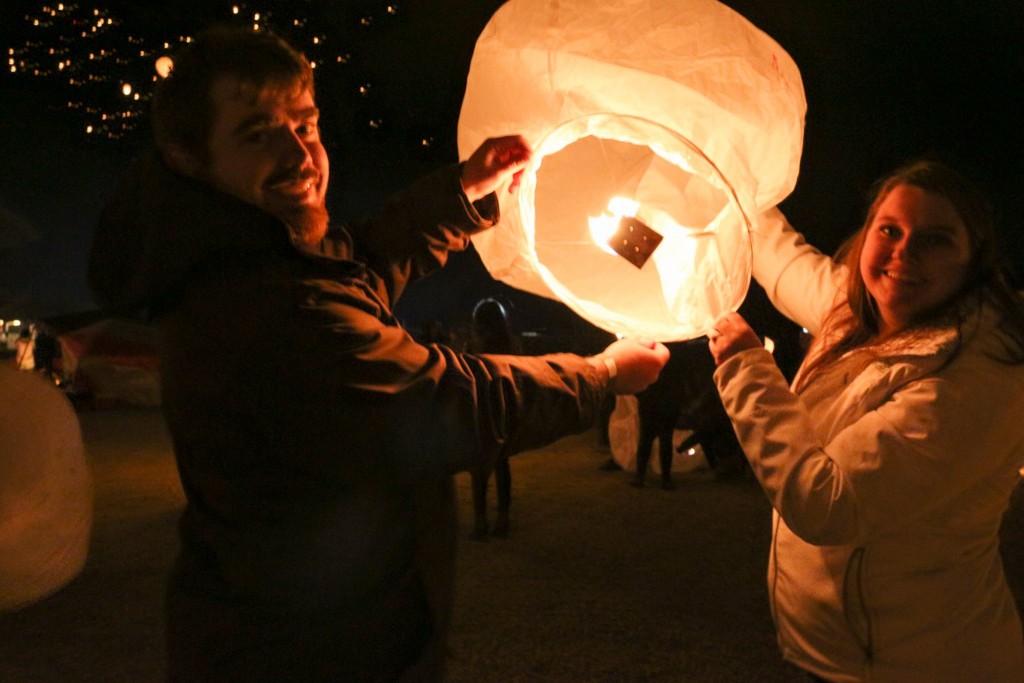 In the box that they provided us, they mentioned that they collect all of the lanterns the day after the event. Each lantern also has a tag that notes for the finder to report the lantern on a webpage for any lost lanterns that they didn’t collect. For each lantern lost, they will donate to a local environmental impact agency. In addition to all that, the lanterns are designed to disintegrate in rain. Pretty sweet, huh?

What is the Lantern Fest all about? 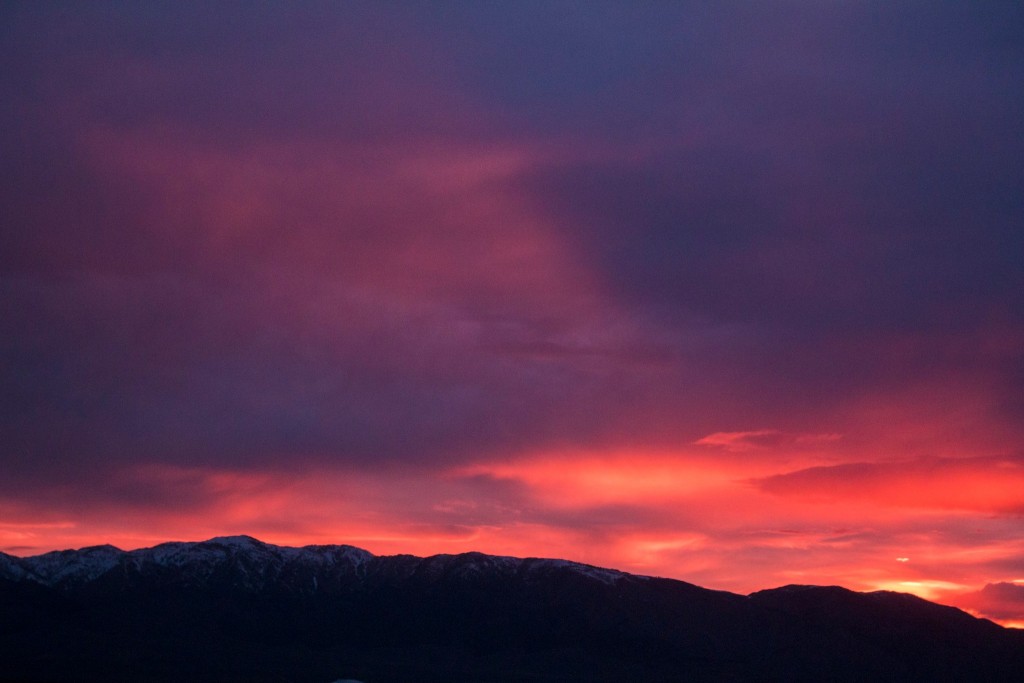 This is an afternoon and evening with music, dancing, bonfires, s’mores, food, drink, and hanging out. We chose to come closer to sunset in anticipation of the big launch, and we ended up in over a mile of traffic waiting to park. I felt like we had enough time to experience the event. We arrived, parked, shuttled to the registration area, checked in, and set up camp with some new friends. Since we got there late, we had to share the bonfire with some strangers. They were great company though. I’m an outgoing person, so I had no issue asking a stranger to sit with them. I wonder if someone more shy would’ve had a different experience though. I feel like it contributed to the overall experience though since Brighton and I had bought tickets for just the two of us. They allow outside food, but not outside drink into the venue. 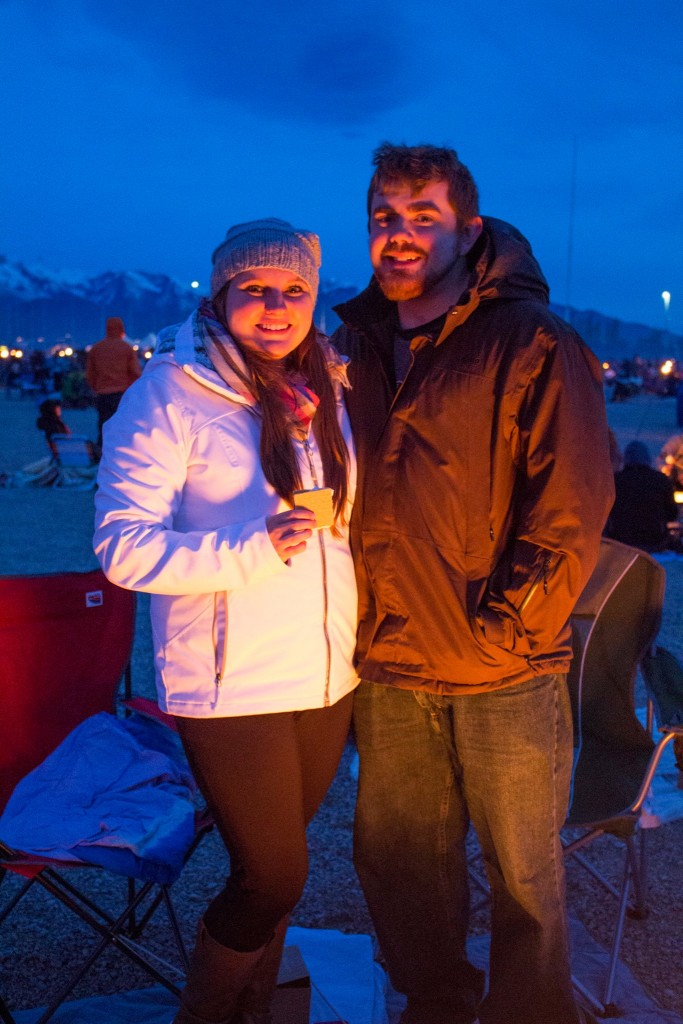 They had food trucks, but our bonfire mates told us that they were running out (or had run out already) of food, and they waited over an hour and half for a personal pizza. I attempted to wait in line for the waffles, but quickly gave up because I was worried that I’d spend the whole time there instead of relaxing. 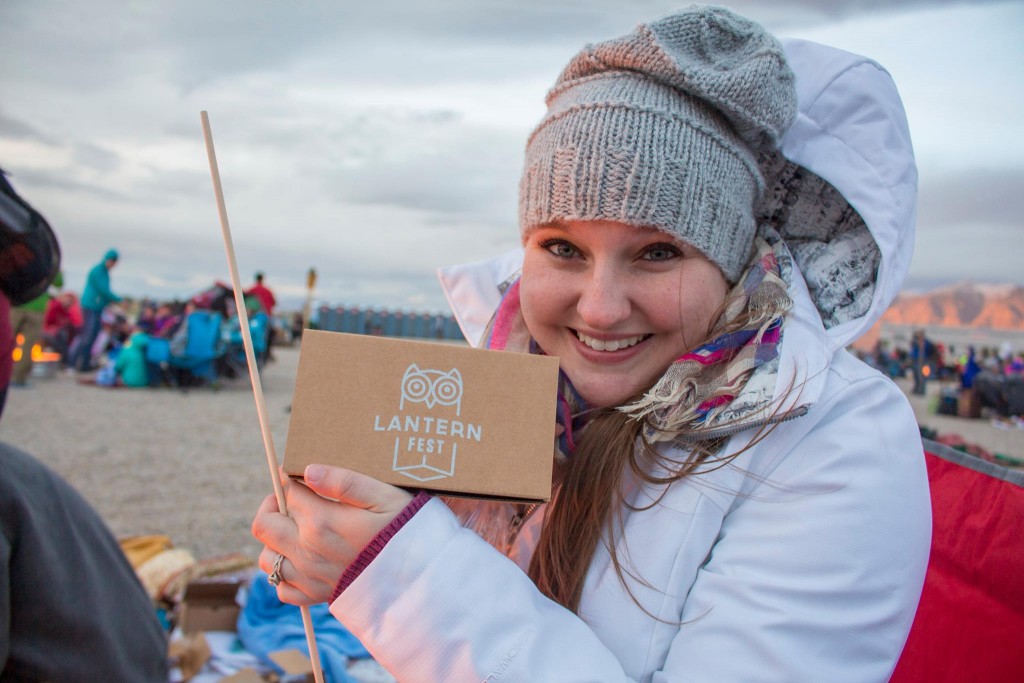 As I mentioned, we got there an hour or two before sunset. This gave us time to set up our chairs, eat all of our s’mores, and write/decorate our lanterns as we waited for launch. It was a very windy day (it was supposed to rain a lot, but luckily it stayed dry!), so the launch was delayed until about 9:30pm. We were very far from the live music and stage that it was a little hard to hear the instructions of how to launch our lantern, but the cool kids we were with had been before and knew the tips and tricks. Brighton and I each had a lantern. On one of them, we wrote “To a happy and long marriage. 4.2.16. paperwork life as newlyweds (On the other one, I wrote “Never Stop Exploring” as a wish and hope for the future. The lanterns signify hopes, dreams, releasing worry and regret, fresh starts, etc. I liked that idea. Some people went all out and decorated their lanterns with elaborate drawings and sketches. 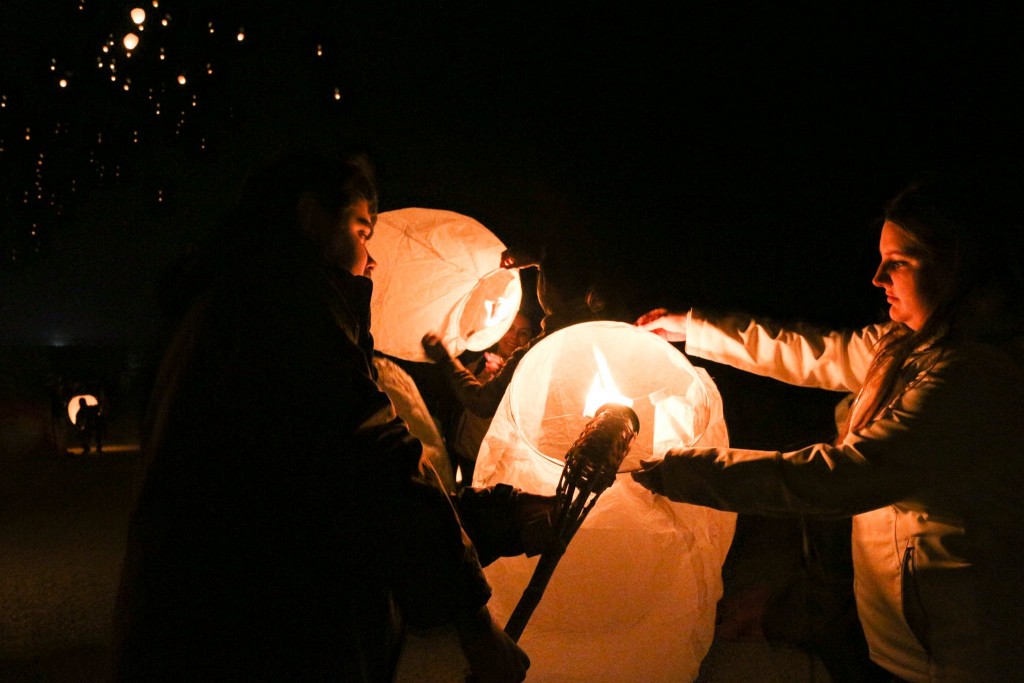 Our group had decided that using the tiki torch would be the most efficient way to light the lantern. The lighters in our boxes didn’t seem to work, perhaps due to the wind. It took about a minute or two in the tiki torch for it to full set the center part on fire. Once it was lit, we held it upright so the middle part could fill with hot air. It’s similar to a hot air balloon, so it needs that hot air to float. Once filled with the hot air and inflated, release it carefully and watch it float away. 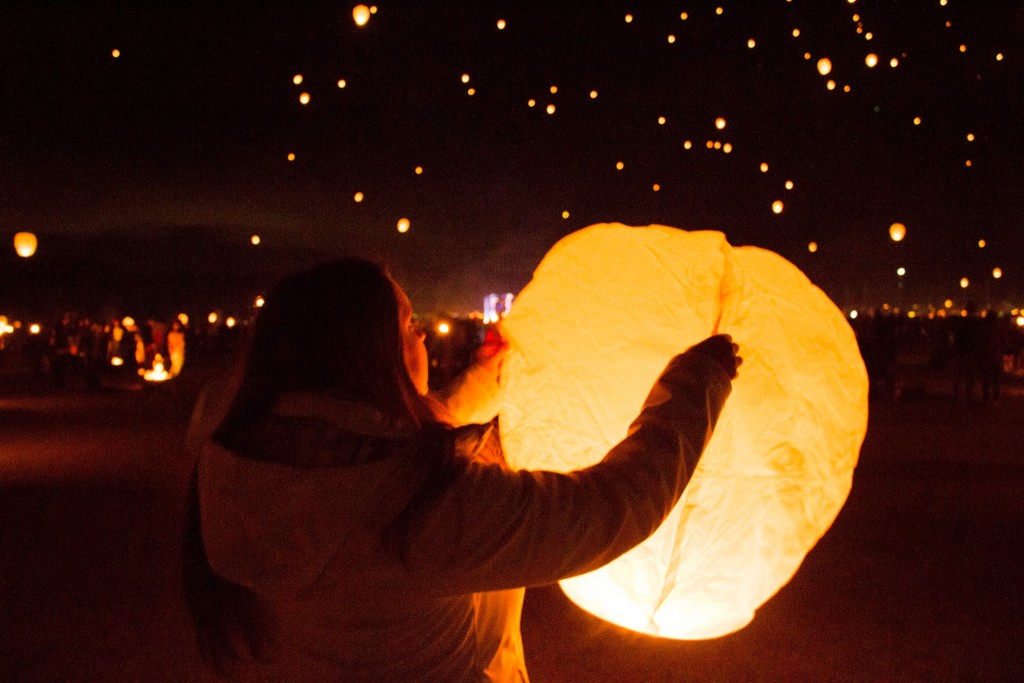 For a minute, everything was silent as everyone watched in unison. I couldn’t hear the music or emcee. It was like time stood still for a moment as thousands of eyes collectively watched this magical moment happen. It was an excellent experience.

For more information, including to see if the Lantern Fest is coming to a location near you soon, check out their site!

Have you ever been to a Lantern Fest? What was your experience?