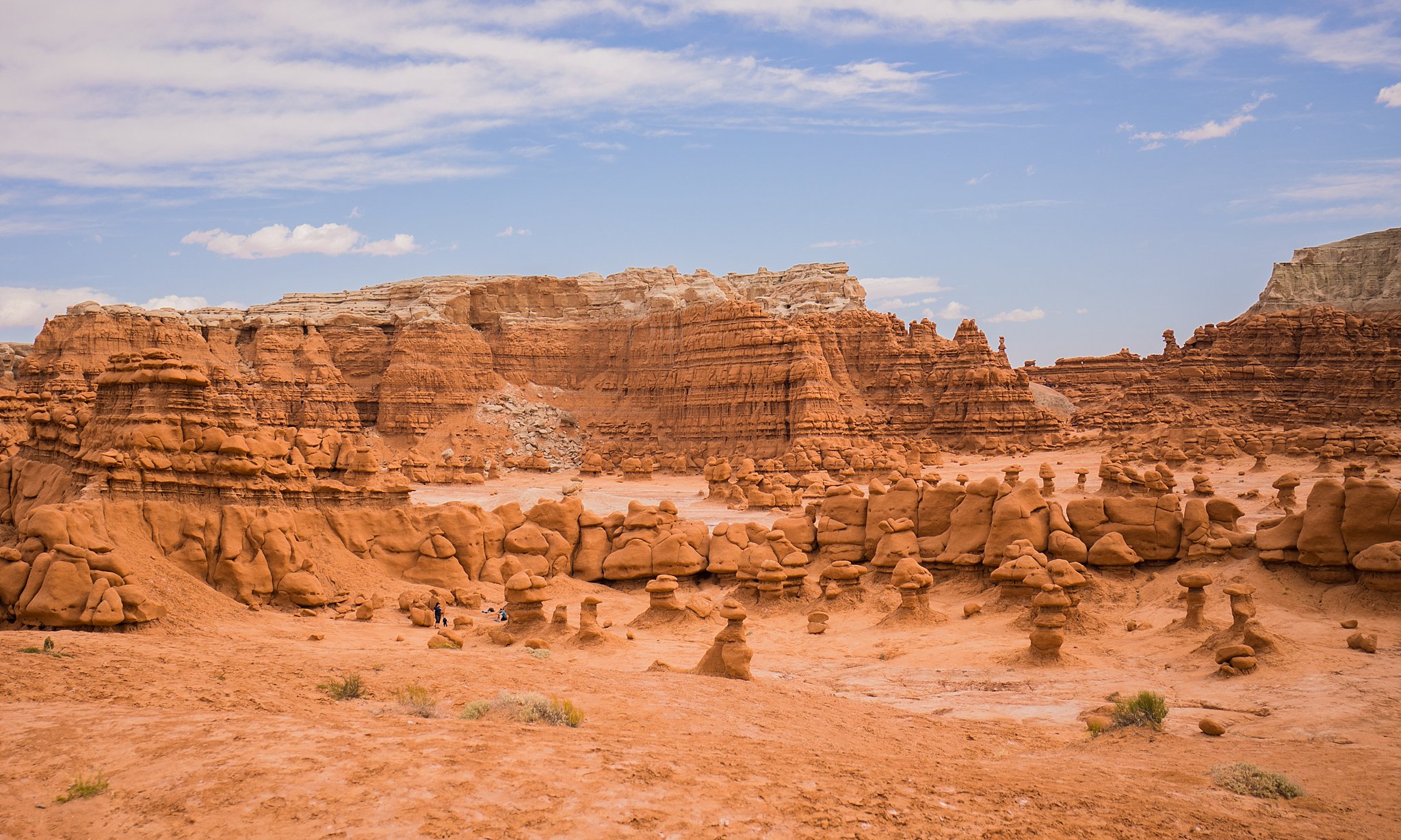 A couple weeks ago, I went on a girls’ weekend trip with my friend Kelli to Southern Utah and Arizona. I got to do one of the coolest adventures I’ve been on, including Antelope Canyon, and see some new red rock spots! It was a fantastic weekend. 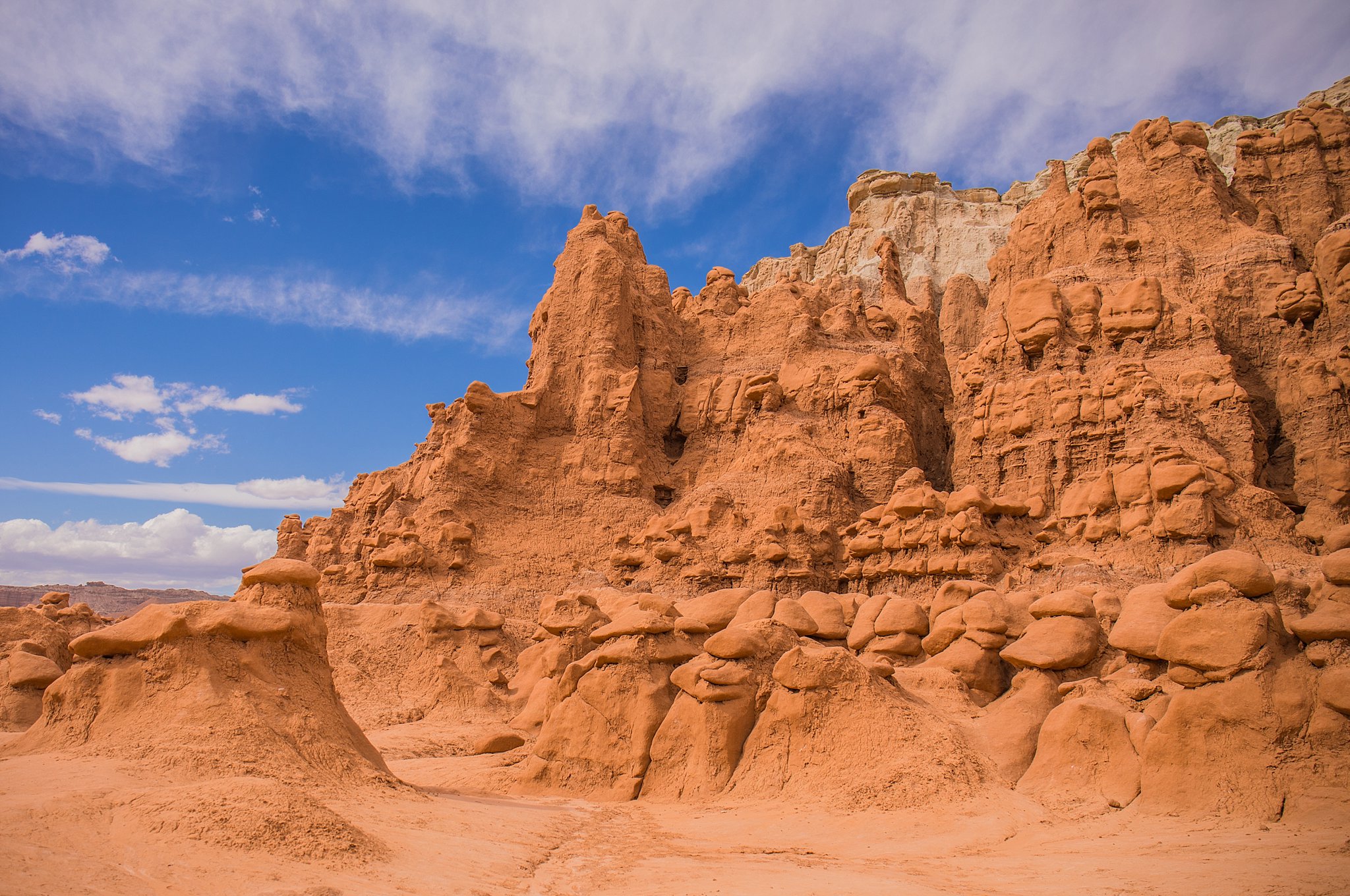 On Friday, we began our drive south. Since this was a jam-packed weekend, and we had a lot of ground to cover, many of our stops were pretty quick and of the sight-seeing variety.

Our first stop was one of Utah’s most popular state parks, Goblin Valley State Park. The park is another one of the natural wonders shaped by wind and water. They are the oddest little mushroom-goblin stone statues. 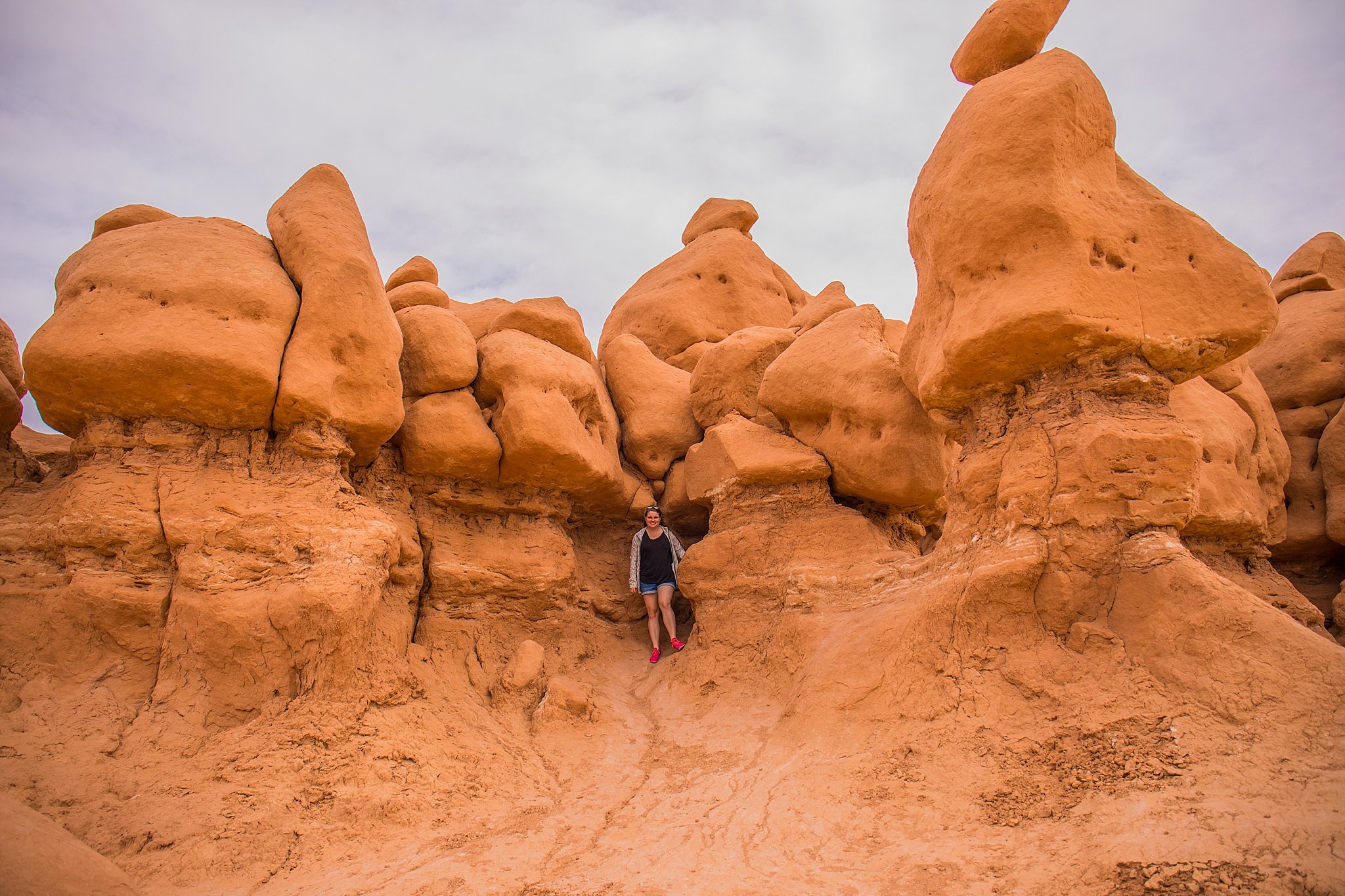 It truly is a natural playground. There are so many nooks and crannies to explore, including slot canyons and hoodoos. The landscape looks as if there was a giant playing with clay or play-doh and this is what remains. 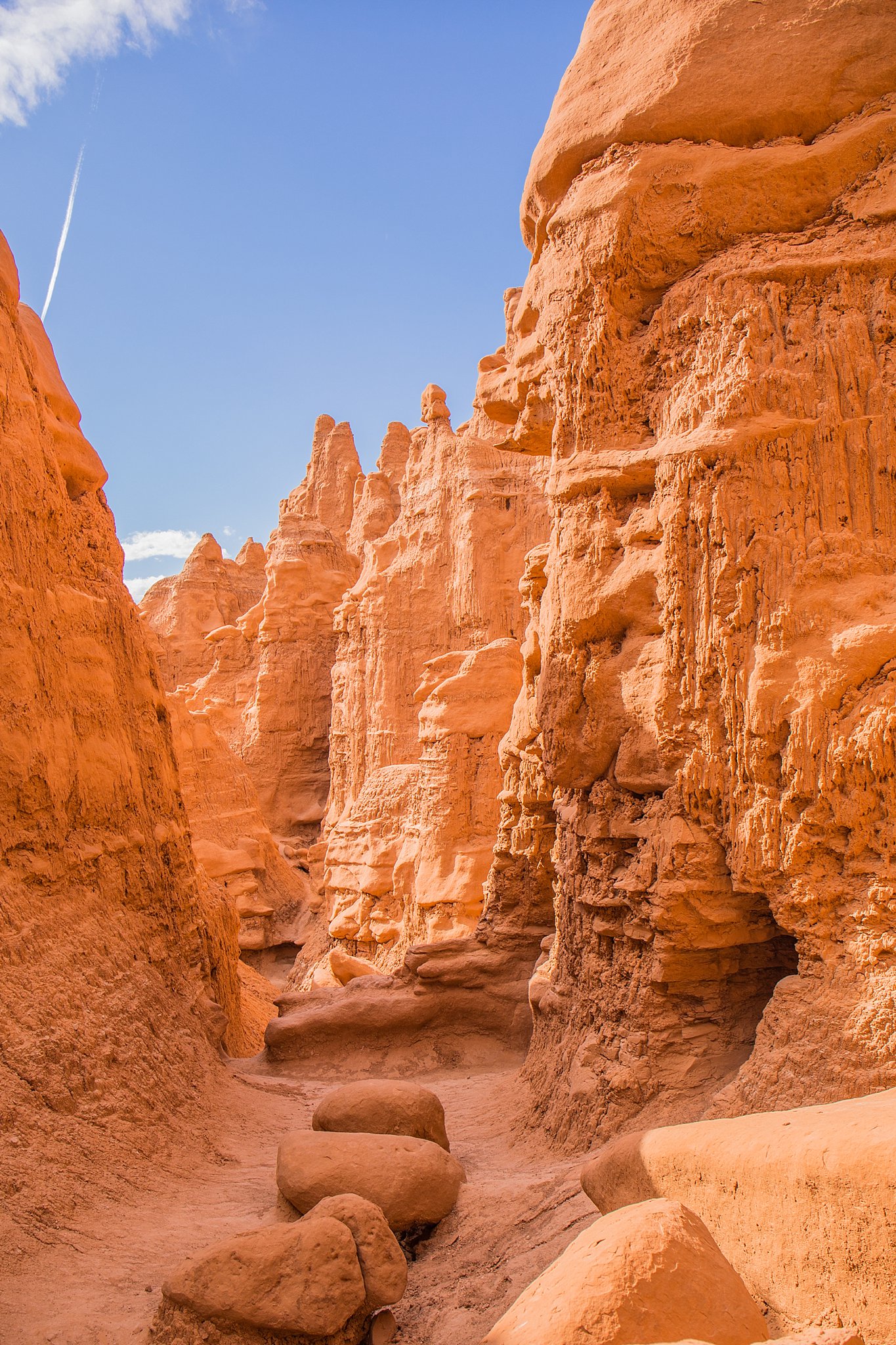 The geology of how these were formed is rather interesting. The goblins are made from Estrada sandstone which consists of debris eroded from former highlands and redeposited in this area on a tidal flat (alternating layers of sandstone, siltstone, and shale). The goblins show the tides changing, tidal channels, and coastal sand dunes. This is strange since Utah is literally a desert, so it’s difficult to imagine tides much less bodies of water existing in large quantities in this area. 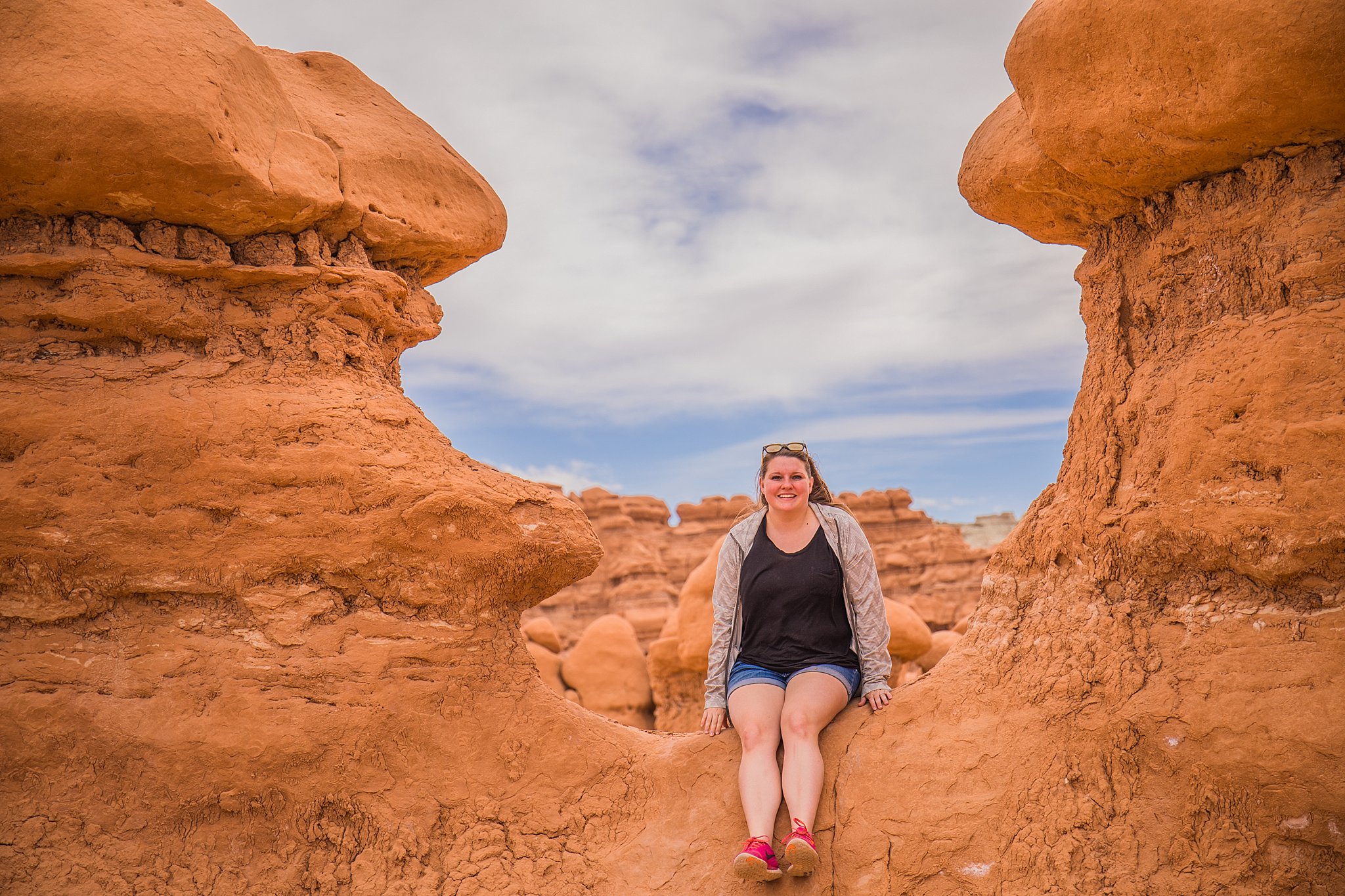 Kelli and I spent some time exploring the first valley and getting lost in the goblins. 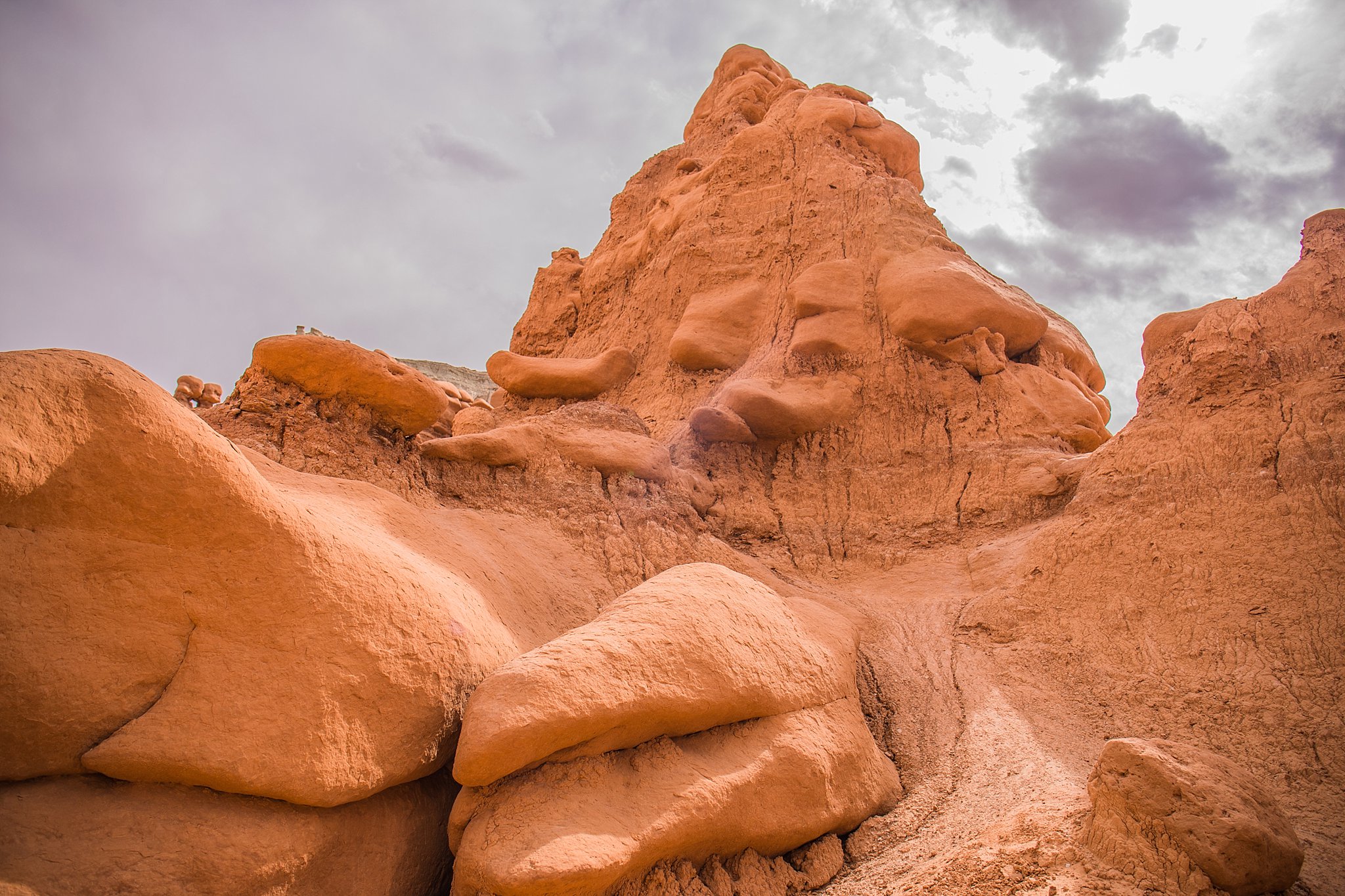 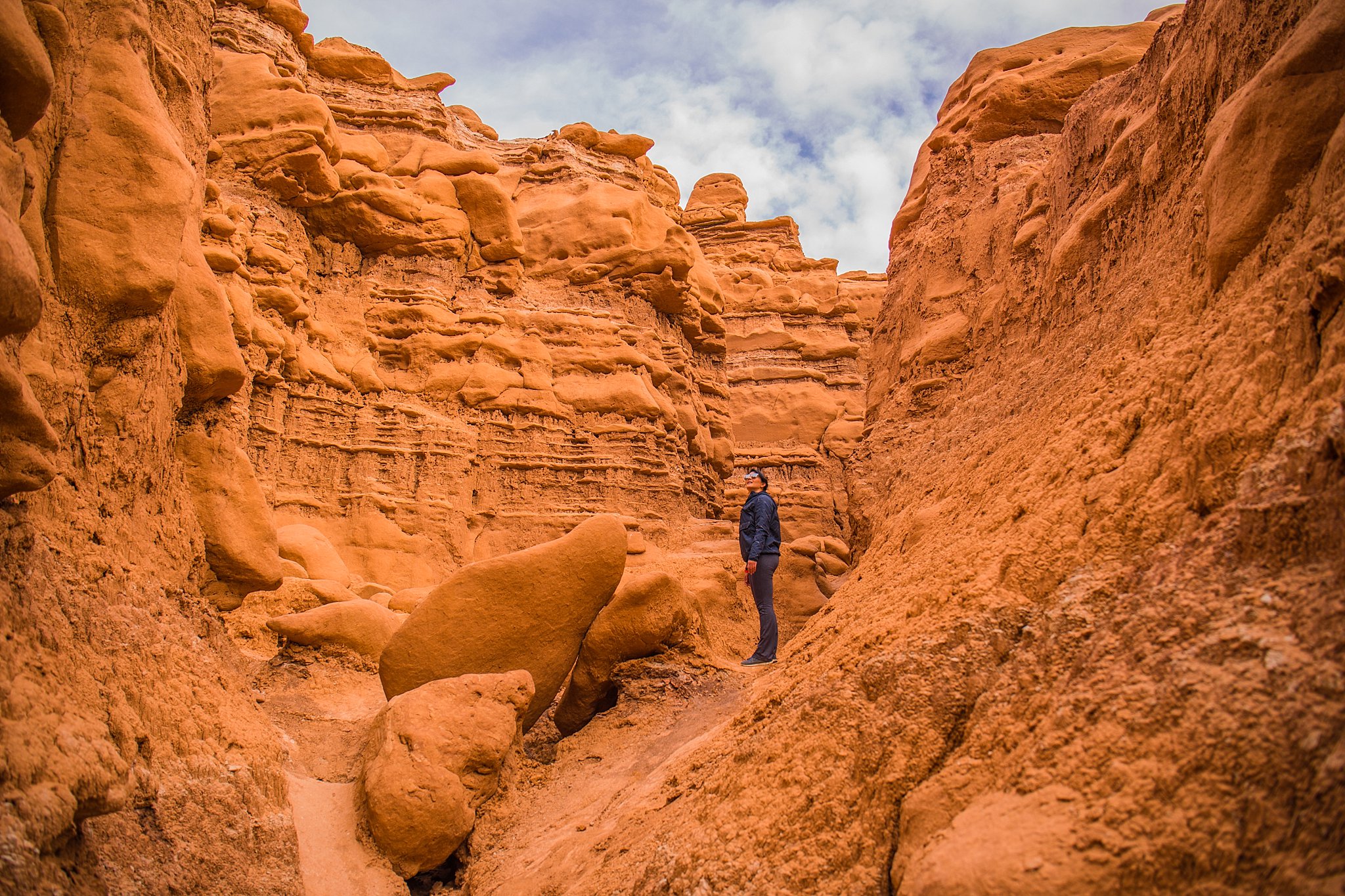 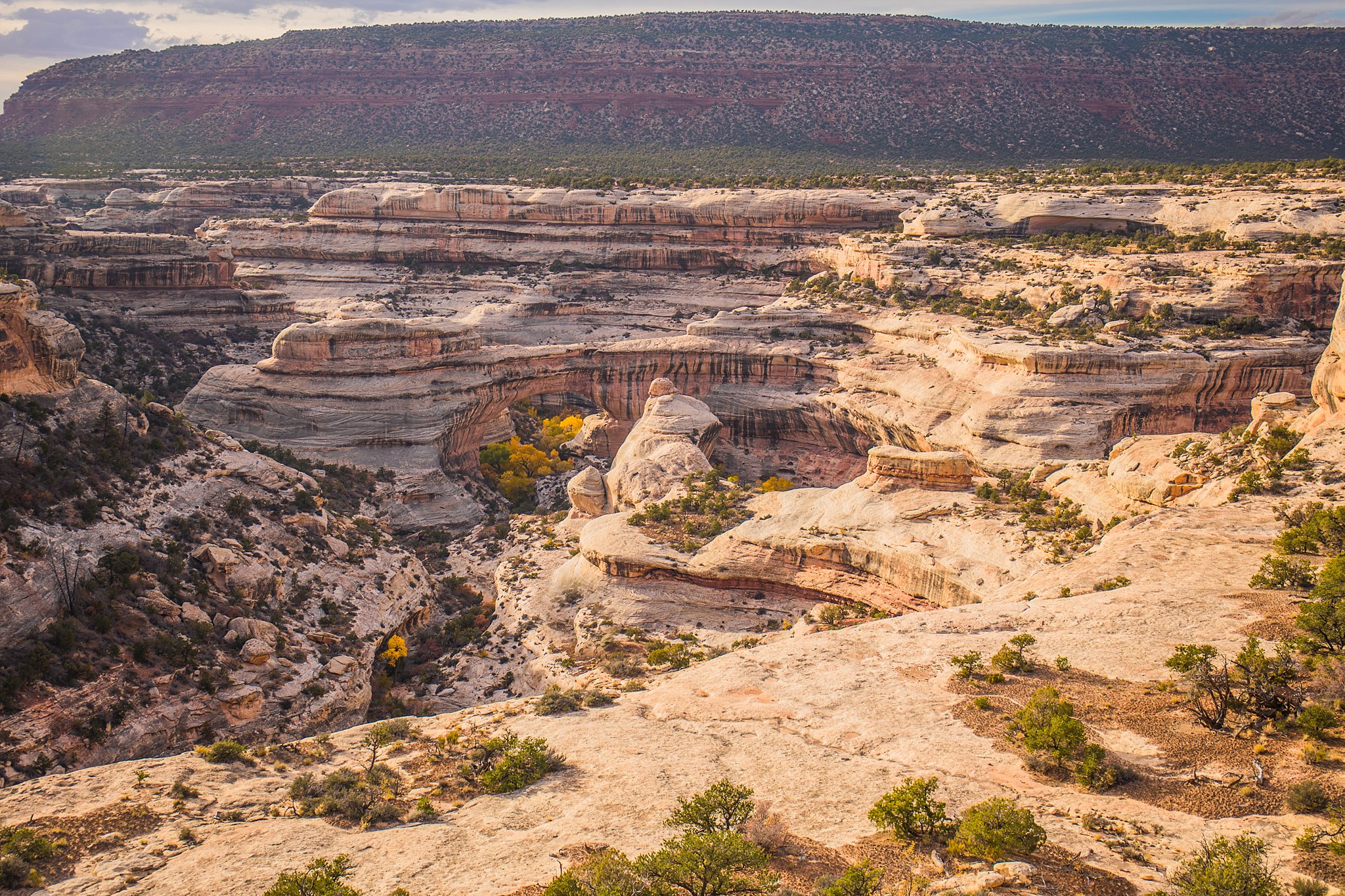 Along the way down to Monument Valley, we saw a sign for Natural Bridges National Monument and decided to make a quick detour to check it out. The visitor center was just closing as we arrived, so we drove the sight-seeing loop and stopped at the pullouts along the way.

Natural bridges are similar in appearance to arches, which can be found all over Utah’s red rock country, but they are formed differently. Bridges are formed by the erosive action of moving water, while arches are formed by other erosion activity— frost and seeping moisture. 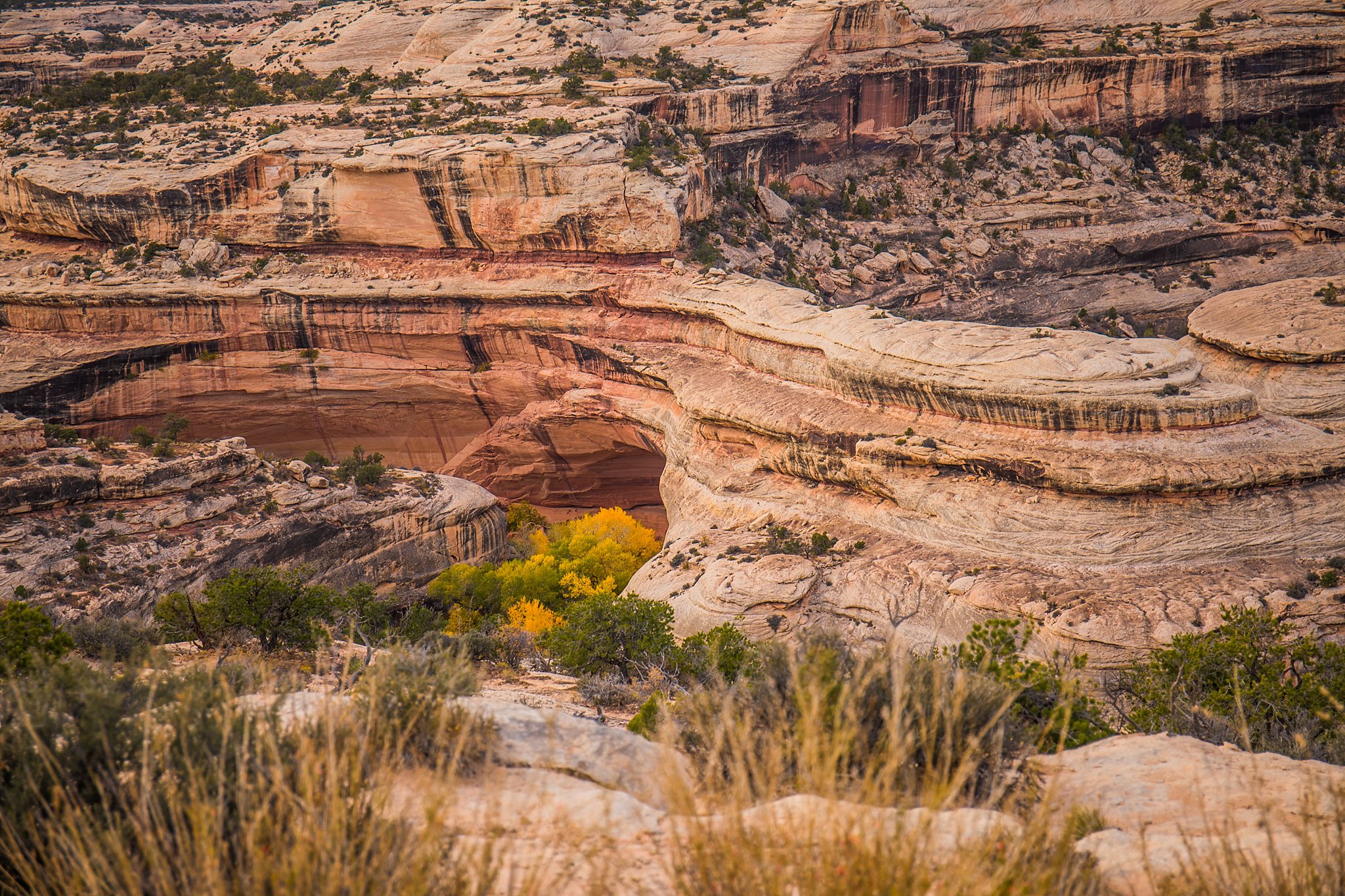 Something that we didn’t have enough time to visit, but was something unique was the Horse Collar Ruin area. Native Americans have inhabited and abandoned this area repeatedly over hundreds of years, and the ruin area is evidence of that.

By the time we arrived in Monument Valley, the light was pretty much gone and we could see just the silhouettes of the monuments. I had visited the valley last November, on the way back from San Diego after Thanksgiving. It’s an incredible place, but we didn’t have much time to explore to view it. I liked catching the sunset as we drove in to our hotel in Kayenta.

For dinner, we grabbed some Mexican food at one of the only places in town that was open— Amigo Cafe. It was cheap, tasty, and quick. 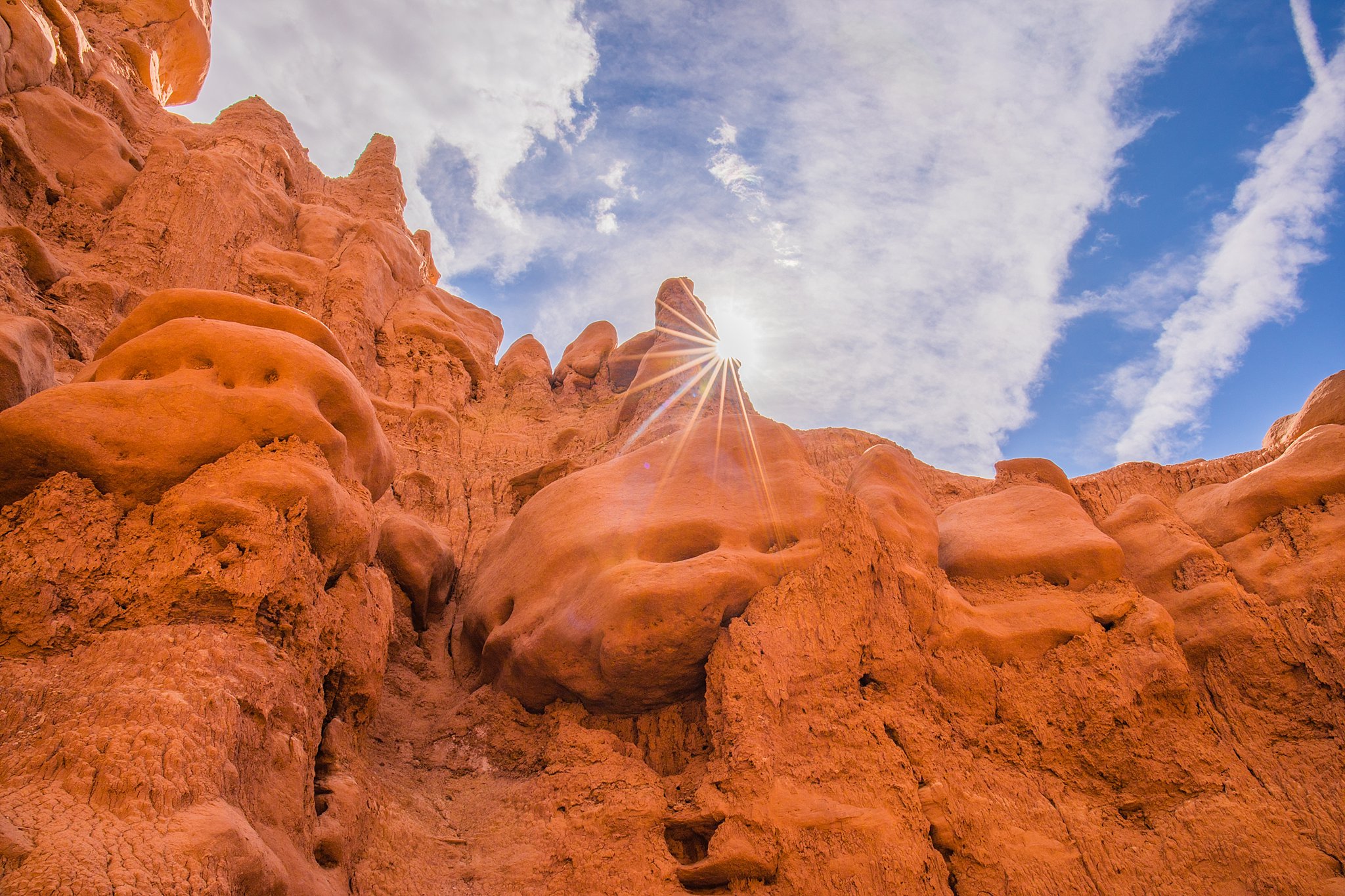 Stay tuned for the next day of our Utah/Arizona adventure!