Neuschwanstein Castle [A Guide to Visiting the German Fairytale Castle]

If you want to step into a fairytale, then the Neuschwanstein Castle should be on your bucket list! Located in the Bavaria region in Germany, this castle is a 19th century palace based on Ludwig II of Bavaria’s ideas of a perfect castle. Unfortunately, Ludwig II passed in 1886 before his castle could be completed. This castle is said to be the inspiration for Walt Disney’s Sleeping Beauty castle after Walt Disney and his wife took a trip to Europe and stopped to see the castle. 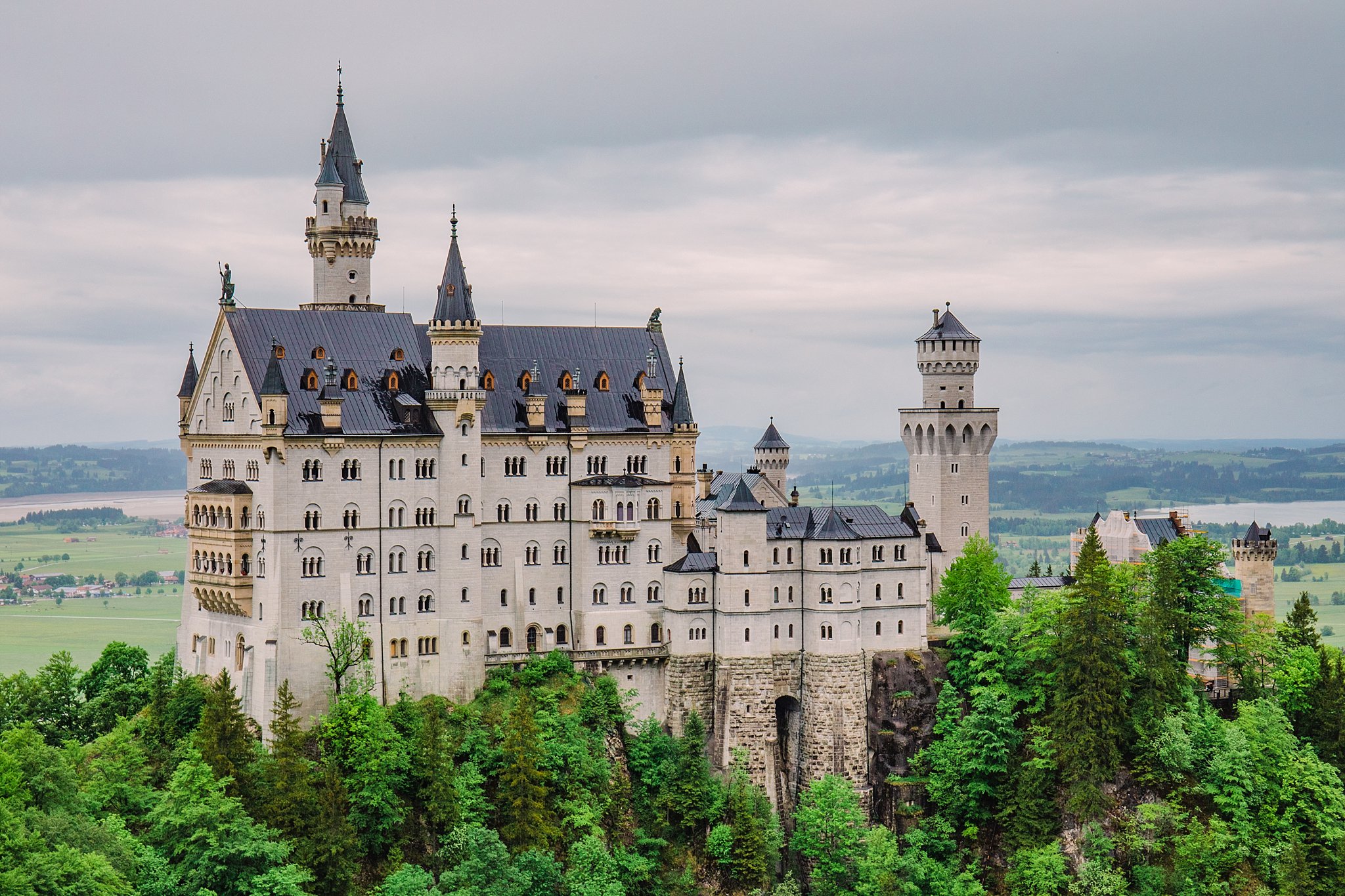 We decided to take a day trip away from Switzerland, through Austria, and into Germany to get to the castle. Even though it rained almost the entire day, it was still an enjoyable visit and something marked off the bucket list of this trip that I was very excited to see in person! After all, what’s a trip to Europe without a couple castles?!

History of the Castle

King Ludwig II of Bavaria commissioned this storybook castle in 1868, a couple years after Austria & Bavaria were conquered by Prussia— which essentially stripped King Ludwig II of his power. 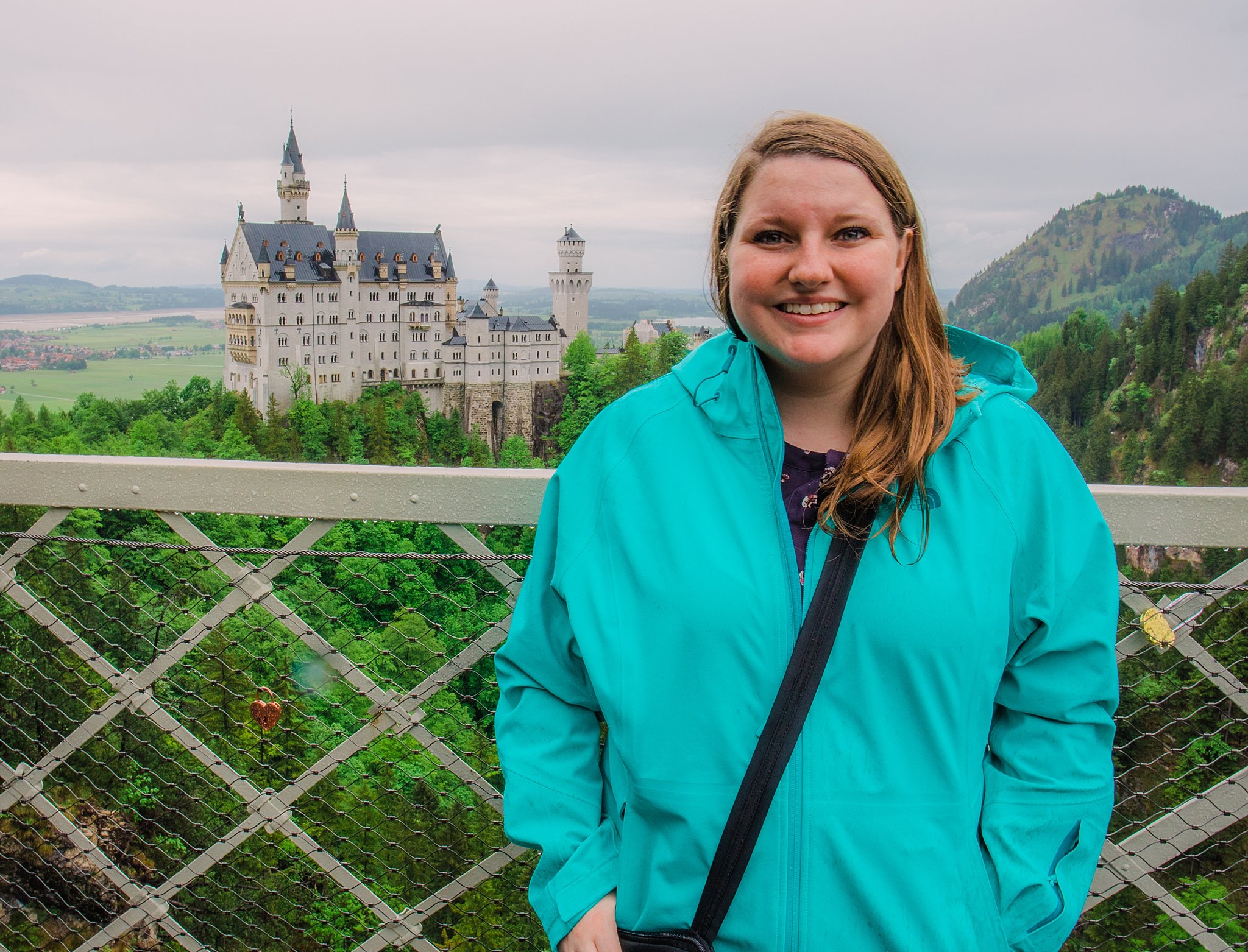 How did it get its name? Ludwig II had been familiar with the Lohengrin legend since he was a child from the murals of his father’s castle. He was introduced to Wagner’s “Lohengrin” on February 2, 1861 in the Munich Court Opera House. Ludwig II came to see himself in typically romantic fashion as both a real knight of Schwangau and the fictitious swan knight Lohengrin, while always remaining fully conscious of himself as the ruling king of Bavaria. There are several swans throughout the castle’s walls. 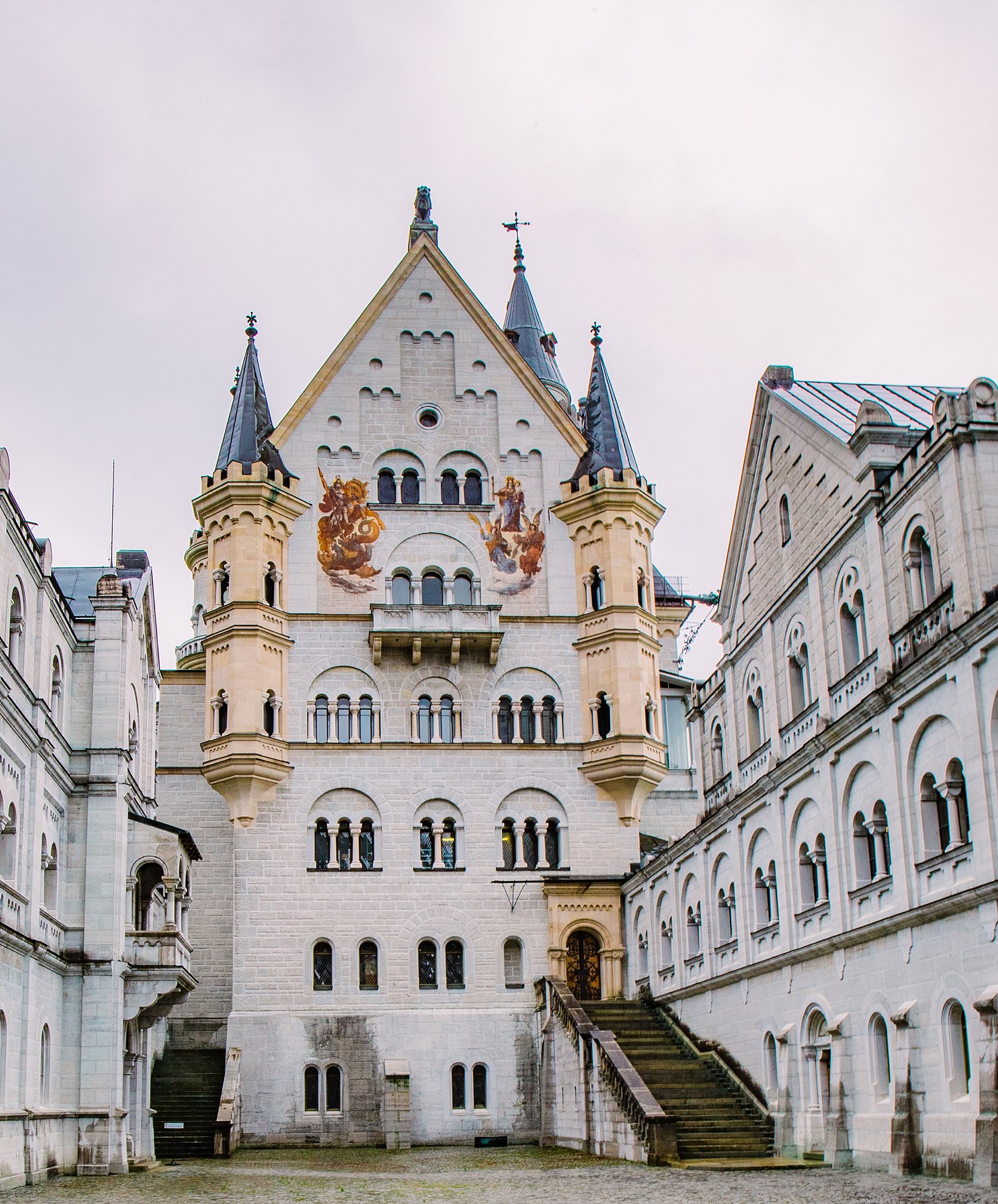 The new name of the castle literally translates to: New Swan Stone Castle. However, the King called it “New Hohenschwangau Castle” (it only acquired the name of “Neuschwanstein” after the death of the king).

A tour is required to enter the castle, there are no self-guided options allowed. The tour is about 30 minutes long in length. 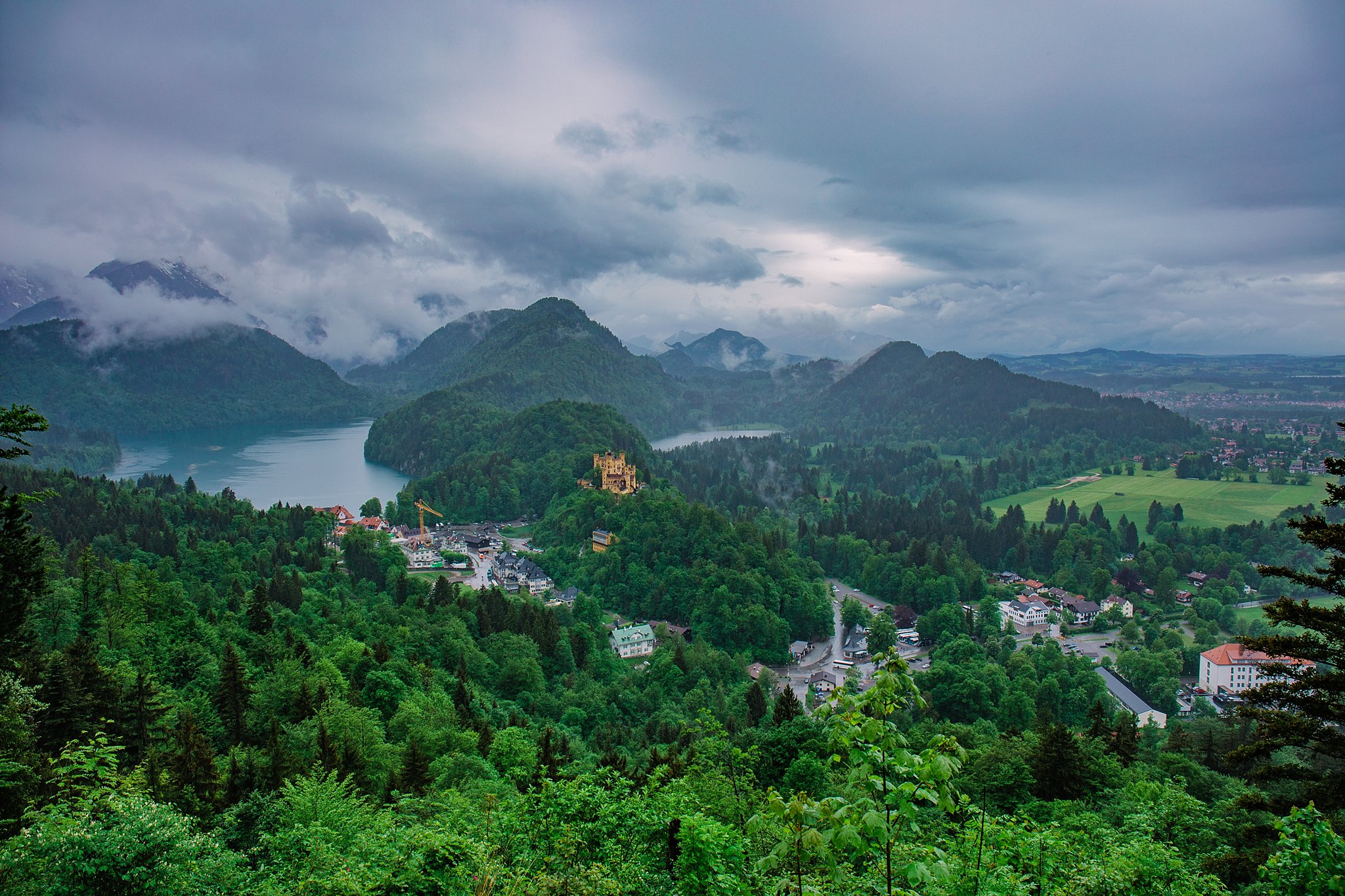 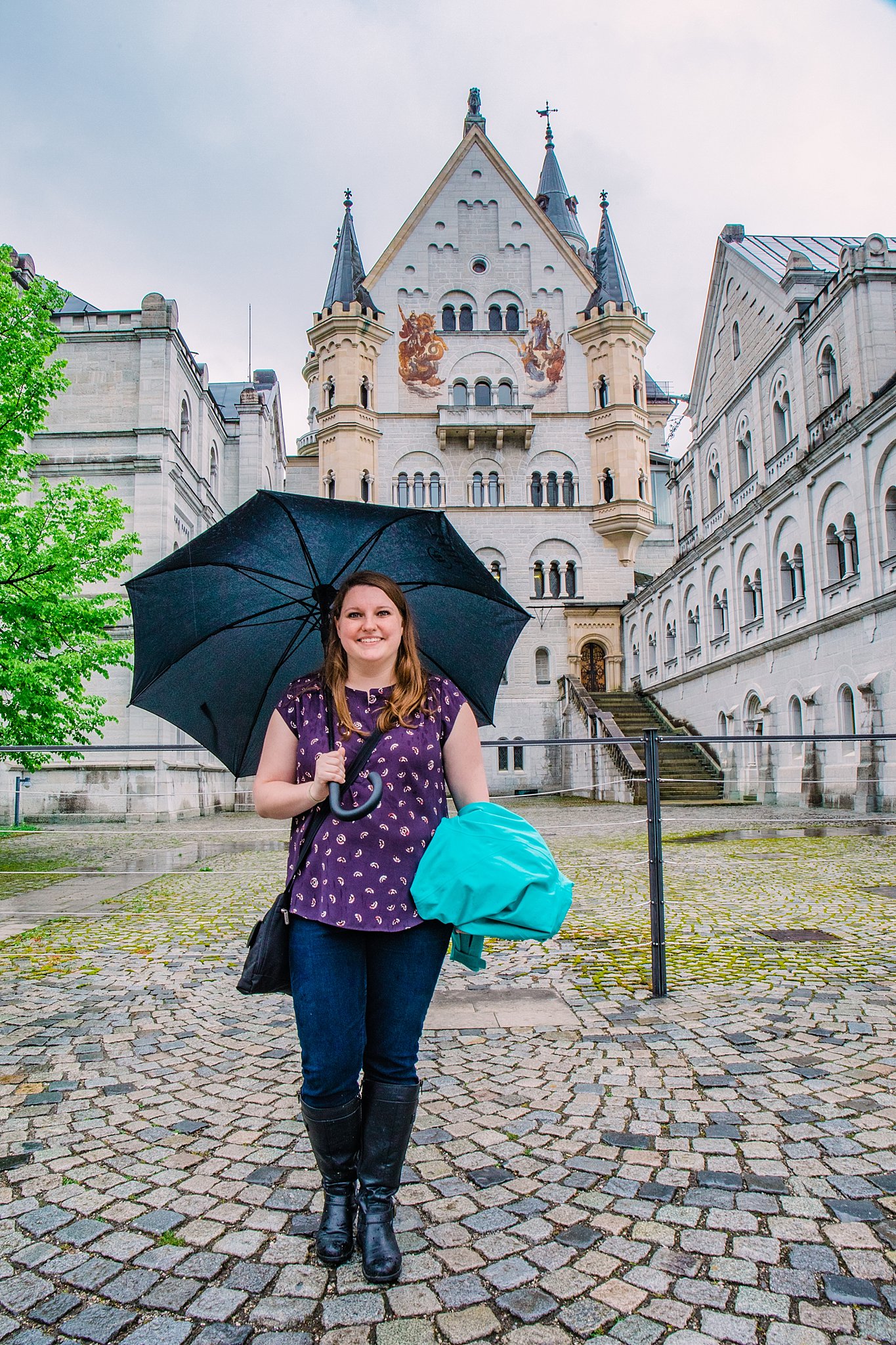 If you are going during busy season (July-September), buy your tickets online in advance! They said that normally their tours are sold out by noon.

You can buy tickets here!

Getting to the Castle from Hohenschwangau

Once we were there, we realized that it would be a trek to get to the castle. There are a few options, depending on your level of fitness and laziness!

Hike Up: It’s a semi-steep 20 to 40 minute walk up the hill to the entrance of the castle. The hike is quite pleasant since you’re surrounded by pine trees and mossy rocks. In fact, the forest reminded me a little of our Seattle hikes!
Shuttle Bus: There are shuttle buses that can take you from Hohenschwangau and back for a fee. We didn’t spend any time searching for them since we decided to walk.
Horse & Carriage: The third option is a way to complete your fairytale experience. The prices weren’t too bad, and there were clearly marked stops in town and up top. We didn’t time it right, or else we would’ve considered taking this option.

Know Before You Go 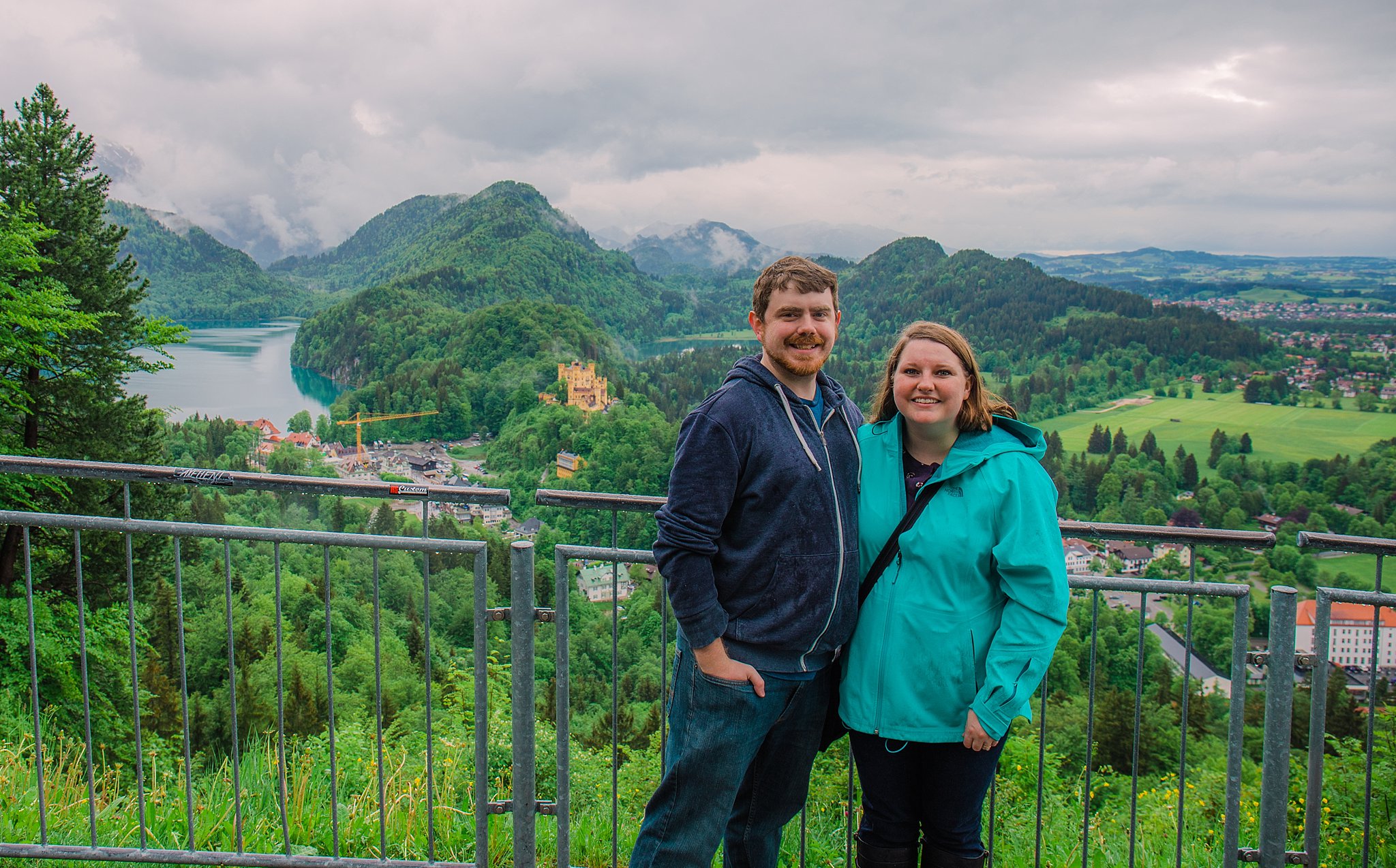 What are your favorite European castles? Do you have any insider tips about Neuschwanstein?