The Capilano Suspension Bridge Park is Vancouver’s top attraction (by the way, this is Hike 41/52)! The park is more than just the bridge as it also features their CLIFFWALK, Treetops Adventure, Story Center and other stops along the way. The suspension bridge created in 1889 crosses the Capilano River in North Vancouver, British Columbia, Canada. The bridge is just about 460 feet long and 230 feet above the river. We got to the park first thing in the morning when they opened in hopes of beating the crowds. While it was definitely less busy than it could’ve been, it was still busy even when we got there. We made a loop around the entire park starting with the bridge, doing the Treetops Adventure and Nature’s Boardwalk, and ending with the CLIFFWALK.

At one point we came to a rock that had all sorts of currency on the rock, and it appeared to be where people were throwing their money in like a fountain where you make a wish. I thought the most impressive parts were the bridge (duh) and the CLIFFWALK since it was perched on the cliffside and it felt as if you were floating above the canyon. 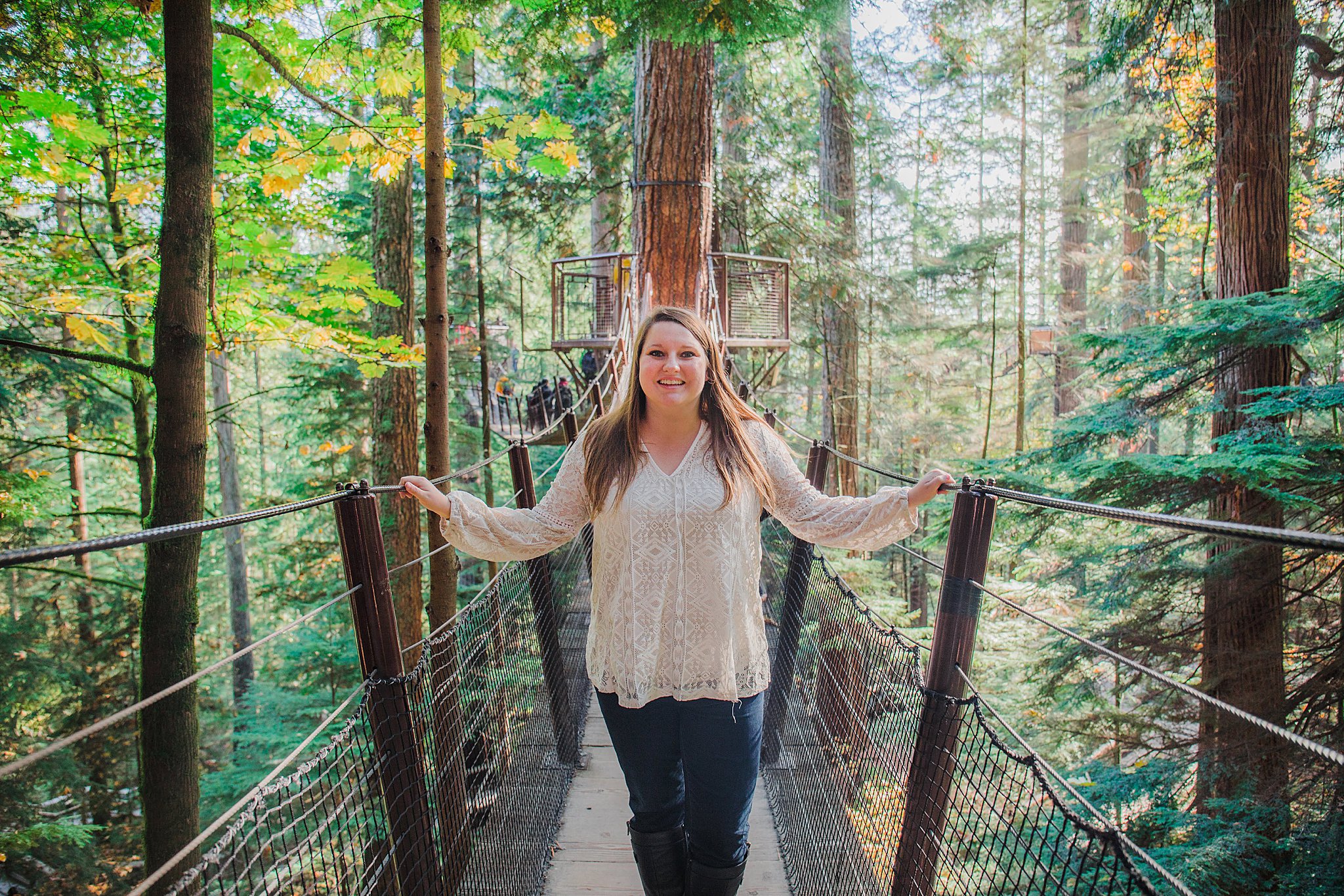 The name Capilano is actually a First Nations name belonging to the Squamish Nation and originally spelled Kia’palano, meaning “beautiful river”. Kia’palano was the name of a great Squamish chief who lived in this area in the early part of the 1800s. Over time “Kia’palano” was anglicized into “Capilano”: a word that has become the namesake of our bridge and park as well as the river and surrounding area. (Source) Getting There & Entry Fees

The bridge is conveniently located close to Downtown Vancouver, and there’s even a free shuttle from the city! The shuttle service runs on a first-come, first-serve basis. Parking is available at the facility for $6.00 per vehicle, valid for up to 4 hours while visiting the park. The parking meters accept credit cards only. At the time we went, we paid $46.95 CAD per adult, however this is subject to change. Check their website for additional details on schedule as it changes for daylight savings/holidays.

Pro Tip: If you want to visit a super-cool and free suspension bridge nearby, check out Lynn Canyon instead! We went back in May 2016, and it was a great alternative if you’re looking for a quieter nature experience near the city.