Since moving to Seattle, we’ve been stoked to live so close to Vancouver, BC for quick weekend trips! When my friend from UF, Demi told me she was coming out to visit in October, I was all over the opportunity to see her and explore the city further. With a limited amount of time, we wanted to hit some of the key spots in Vancouver for a taster of the city for her as she contemplates moving to the city.

Granville Island is a peninsula close to downtown Vancouver that is primarily known for the Public Market. The market is open 7 days a week from 9AM – 7PM. Their public market is similar to Seattle’s, but on a smaller scale. They even have Foodie Tours!

We stopped and got the best jelly-filled doughnuts I’ve ever had at Lee’s Donuts. I’ll be honest, I got 2. Brighton got a different type and also loved his.

Since we had been traveling, we decided to sit at the Bridge’s Restaurant for lunch and we enjoyed watching the Aquabus ferries come in and out of the dock that the restaurant looks out over. 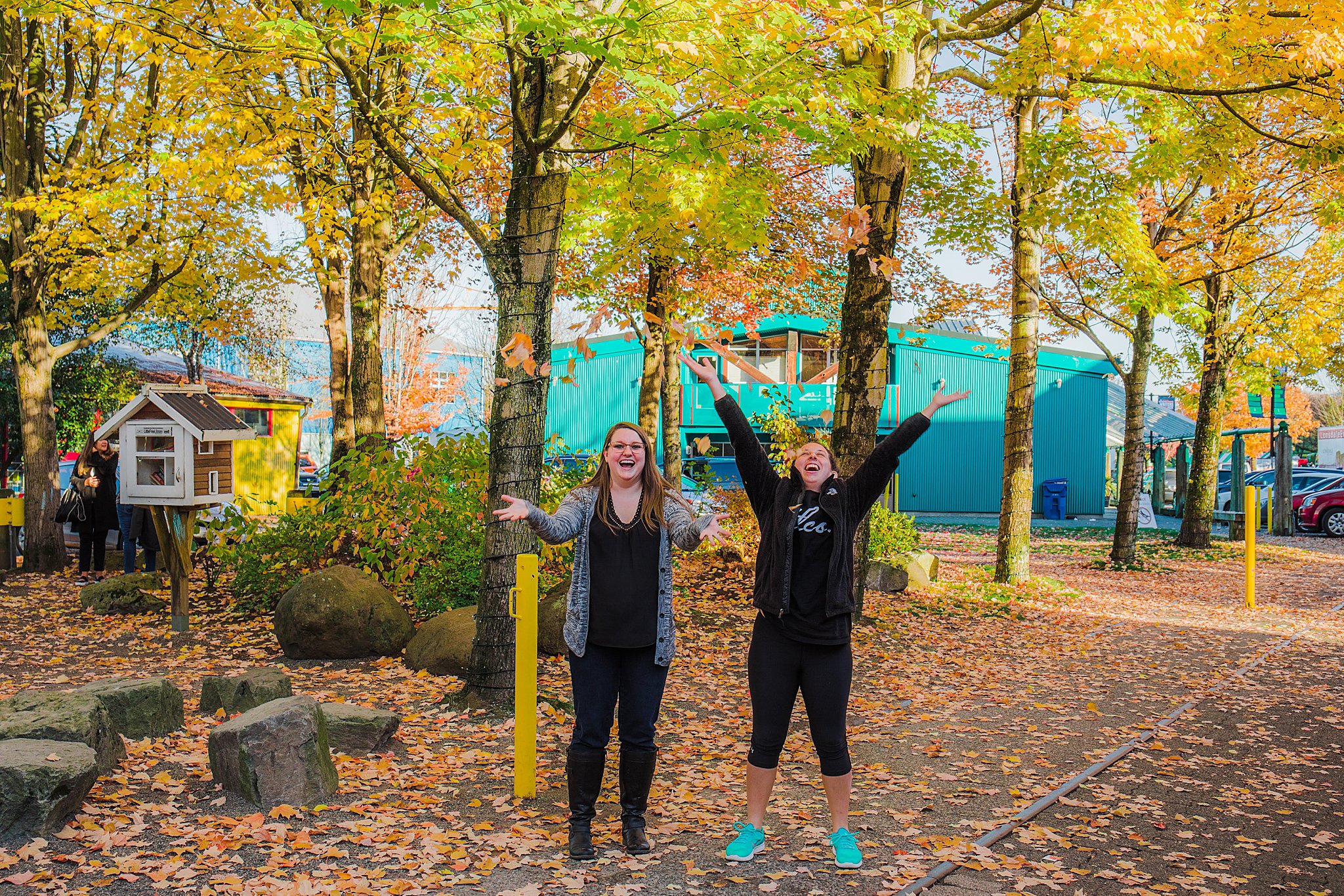 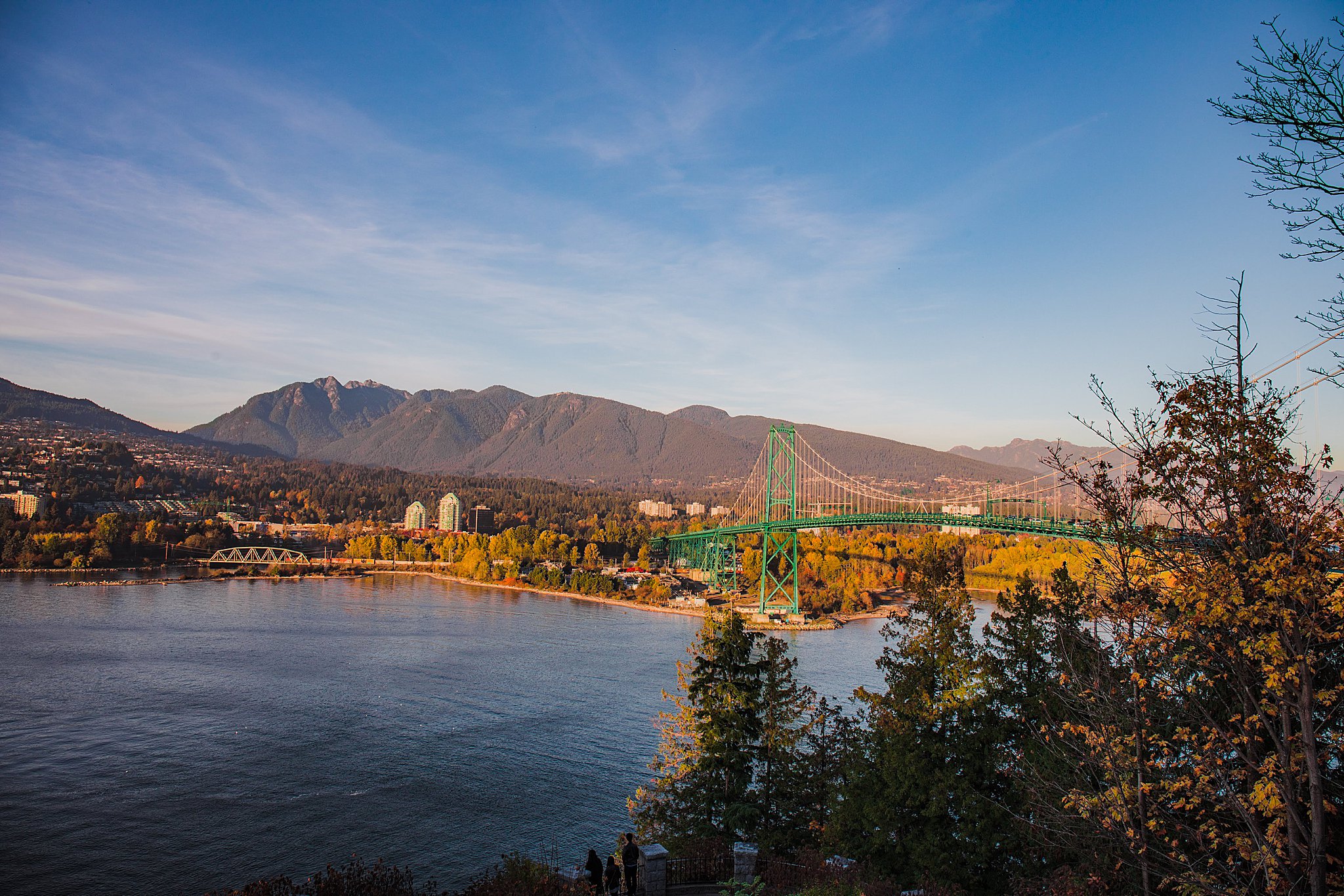 After exploring the market, we drove over to Stanley Park to catch sunset at Prospect Point. This park offers great 180-degree views of the Lions Gate Bridge and the Vancouver skyline. Stanley Park is huge and there’s lots to explore if you have time— Be sure to check out the Tea Room, Totem Poles, Third Beach, and the Lighthouse. 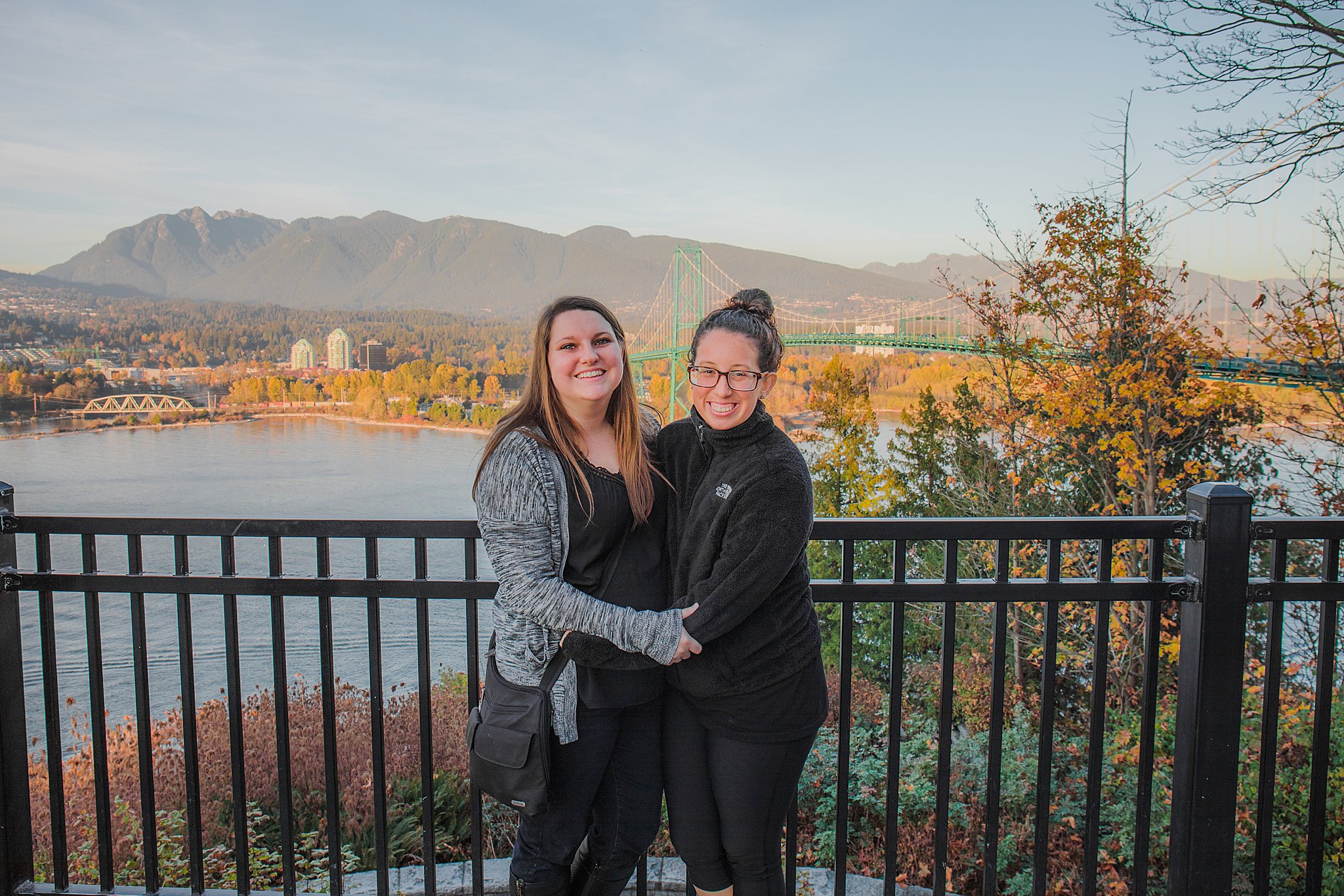 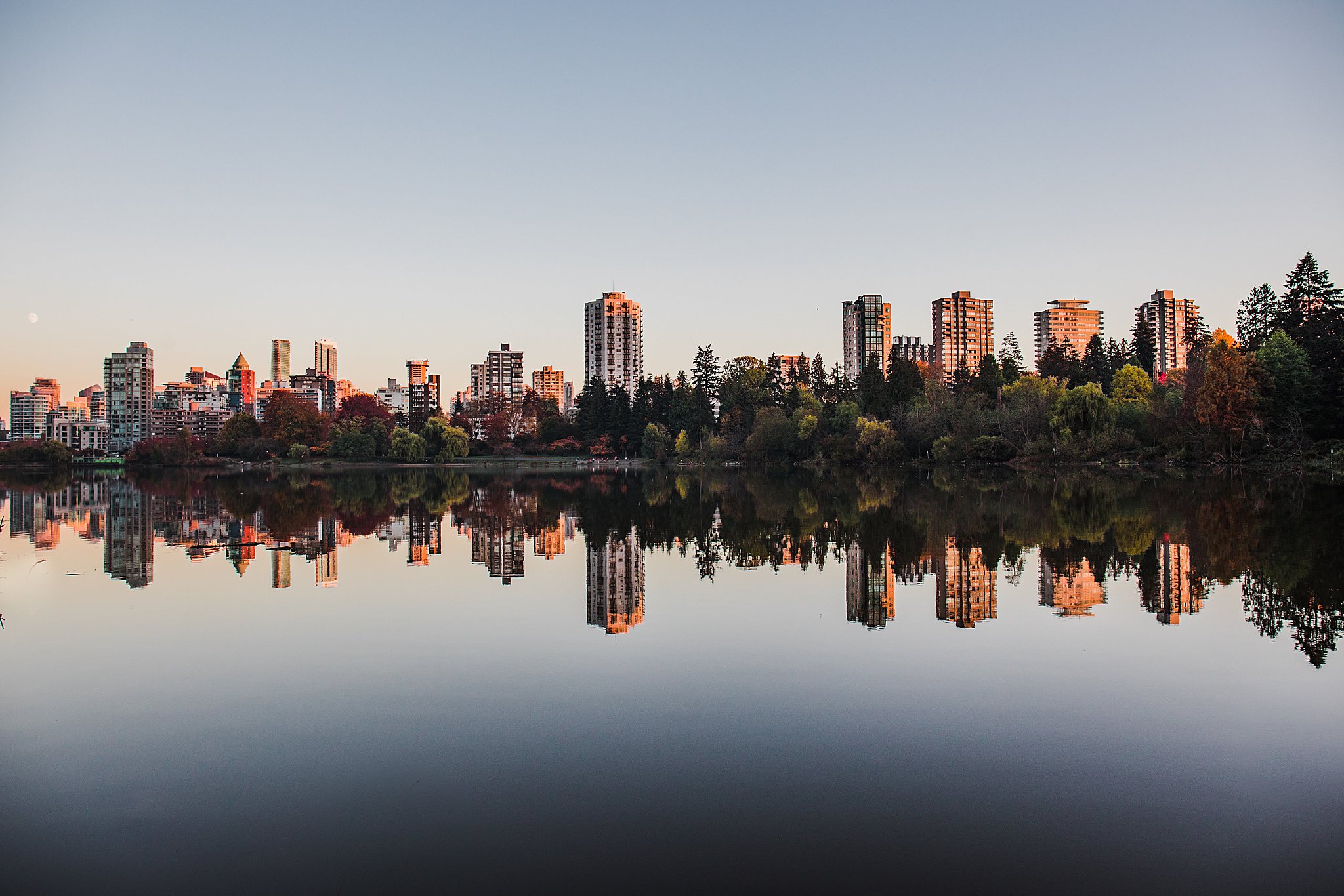 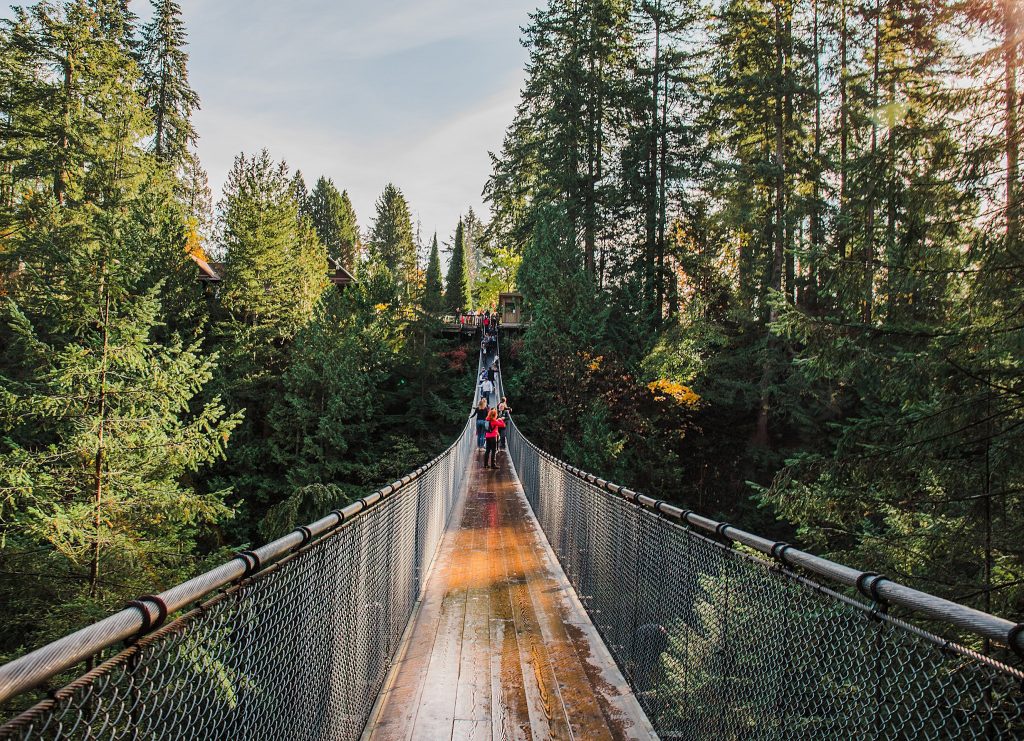 The next morning, we visited the Capilano Suspension Bridge which is Vancouver’s top attraction. I detailed our visit on this post here.

After visiting the bridge, we took Brighton on a trip down memory-lane through his old North Vancouver neighborhood from Vancouver Film School. We actually discovered his old apartment building on the way to the sushi restaurant. Our stop was a quick, low-key lunch spot on the way to our next destination of Deep Cove.

After parking in Deep Cove, we met up along the Main Street with shops and restaurants. When we all gathered, we decided to get in line for this Honey Doughnuts place, not even bothering to research any further into what they serve other than doughnuts or why we should pick this place over the others along the main road. I studied what others seemed to be ordering, and decided to get 2 honey doughnuts.

I am so glad that I did. I still can taste these doughnuts. They melt in your mouth, have the perfect balance of sweetness and goodness without being overpowering. We grabbed them to go and found a seat along the water to watch the boats and kayakers in Deep Cove. 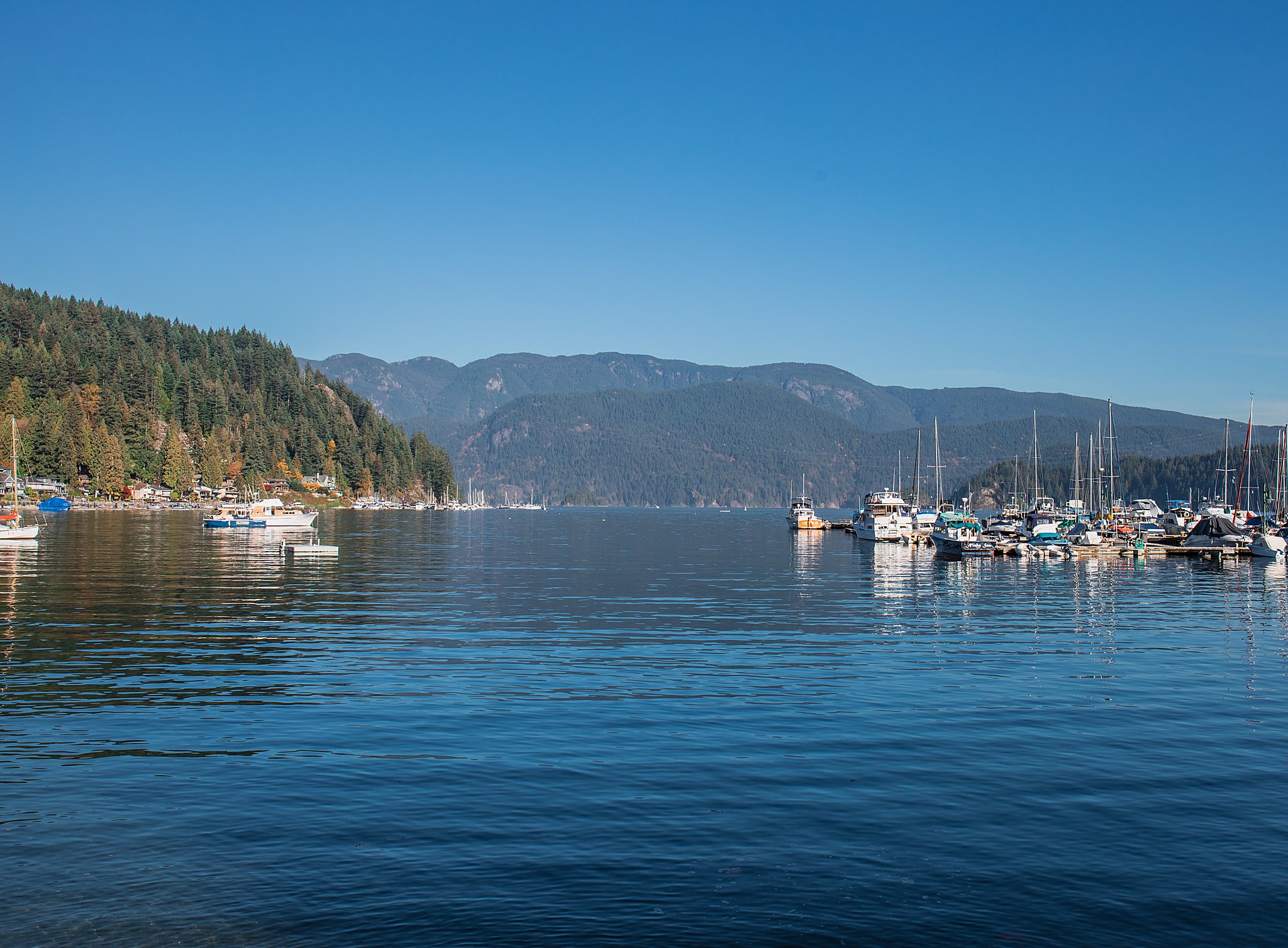 Deep Cove was Brighton’s recommendation based on his year in school up in Vancouver. Since we had to drive back, we didn’t have enough time to do a hike, but next time, we’ll have to do the Quarry Rock hike nearby Deep Cove. We saw many cars parked at the trailhead. The hike is about 2.4 miles roundtrip with 330 feet of elevation gain. More information can be found here.

What did we miss? What should I add for my next visit to Vancouver?