Today we had a different adventure than our planned Milford Sound cruise due to the road being closed. We went on a cruise across Lake Te Anau, and then went into the Aurora Cave System to see the glowworms! There is the “Tunnel Burn” river that goes through the caves and carves out the limestone rock. The river is slightly acidic and this also helps with the creation of the caves. These caves are also relatively young, 12,000 years old, but the limestone that they are carving it out of is up to 35 million years old! 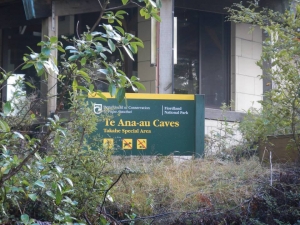 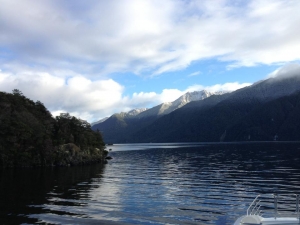 Our tour had us cruise across the lake and then stopped at the opening at the cave. We had to duck to go into the cave and all I could hear is water rushing and echoing all over the walls. I thought the light and dark layers in the walls of the cave were really interesting because you could see the change in time and development over time. We walked further into the cave and then stopped in a pitch black area where a boat was, and we all got on in silence in pitch black so that we could see the worms. We weren’t allowed to take pictures in the caves but I know a couple of my classmates did so I’ll post their pictures!

The glowworms don’t show up in our pictures though as I found out when we were in Hokitika and saw the glowworm grotto there. I think they look like those little glow in the dark stars you stick on your ceiling (but much smaller). The glowworms secrete these sticky “fishing lines” from the ceiling to catch insects that are attracted to their light. They are similar to spiders in how they catch their prey. Apparently, the glow is located somewhere in their digestive system close to their esophagus and the glow comes from an oxidation process when the enzyme luciferase and other chemicals breakdown the food. 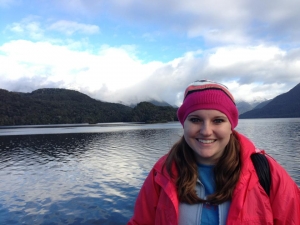 After our glowworm tour, we took a drive out on the road that leads out to Milford Sound. Our faculty had decided to go on a nature hike right before the tunnel to Milford Sound (which is closed), but the road ended up being closed before we even got to that point. We stopped and walked around Mirror Lakes which is beautiful. I got a couple good reflective pictures from there which I’ll add later

I enjoyed being in the Fiordland area even if we couldn’t go to Milford for real. We just turned around and headed back after that drive. We got back, had a group dinner which was pretty delicious– I tried beef schnitzel for the first time. The Kiwis love serving chips (or fries for us American folk) with everything! I always give them away to my classmates. I am just surprised because it seems so unhealthy and so American! After dinner, my group and I worked on our project. 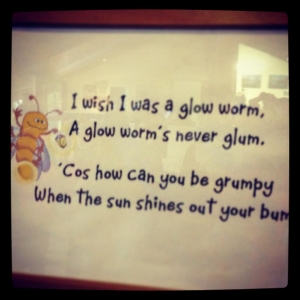 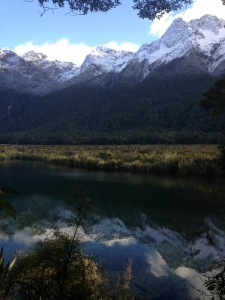 Tomorrow is another driving and work day. We’re wrapping everything up so there’s a lot of work to do in a short amount of time. We drive 5 hours to Dunedin and then review for our exam and do group presentations. My blog post tomorrow may be very short! At least I can look forward to visiting the Cadbury factory on Thursday! (I hear it rains chocolate like Willy Wonka there!)

How You Survive 36 Hours of Traveling

Seals on the Kaikoura Peninsula