After spending too much time being indecisive about how to spend the sunny day, we landed on going to Guillemot Cove. I’ll be real for a second… It was not our favorite hike (because, let’s be honest, not everyone can be), but we did enjoy exploring a new area (Seabeck/Kitsap County). The trails are interconnected, so we’re not even sure how far we went, though according to WTA it’s 2.5 miles roundtrip. We spent a couple hours wandering around the trails. The highlights of our hike were that we saw the Stumphouse, great views of the Olympics, and we got to play with our drone (Christmas gift, for the win!) on the beach area. Afterwards, we took a detour on our way back through Bainbridge Island and rode the ferry back to Seattle! 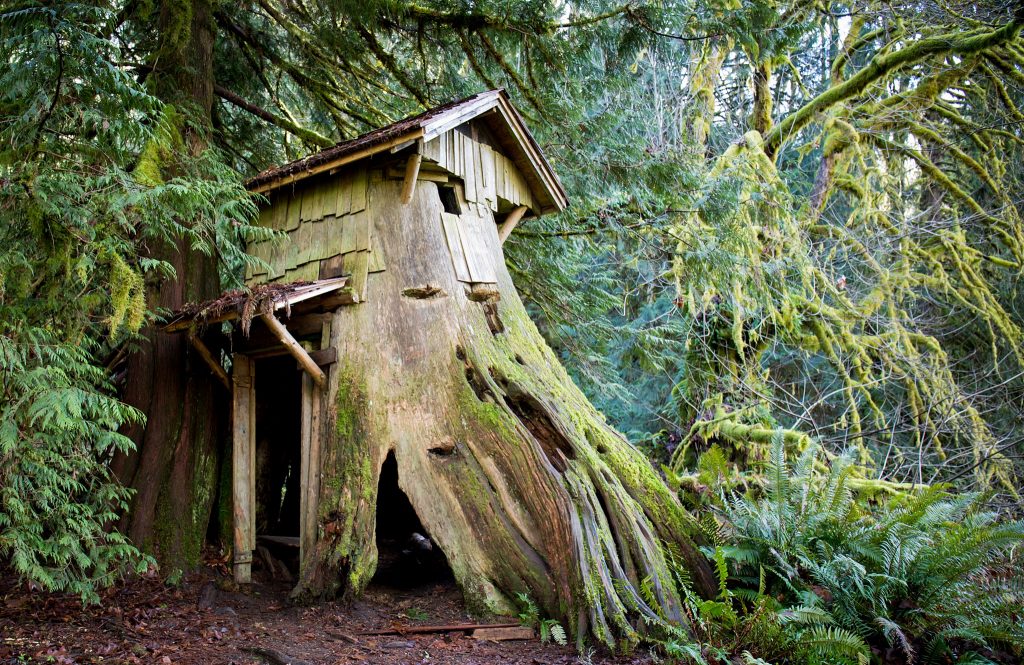 Guillemot Cove is a 184-acre nature reserve located in Kitsap county. The reserve has an interesting history according to Kitsap County’s page. Google took us to a trailhead, seemingly unmarked at first, but it’s correct according to WTA’s directions. 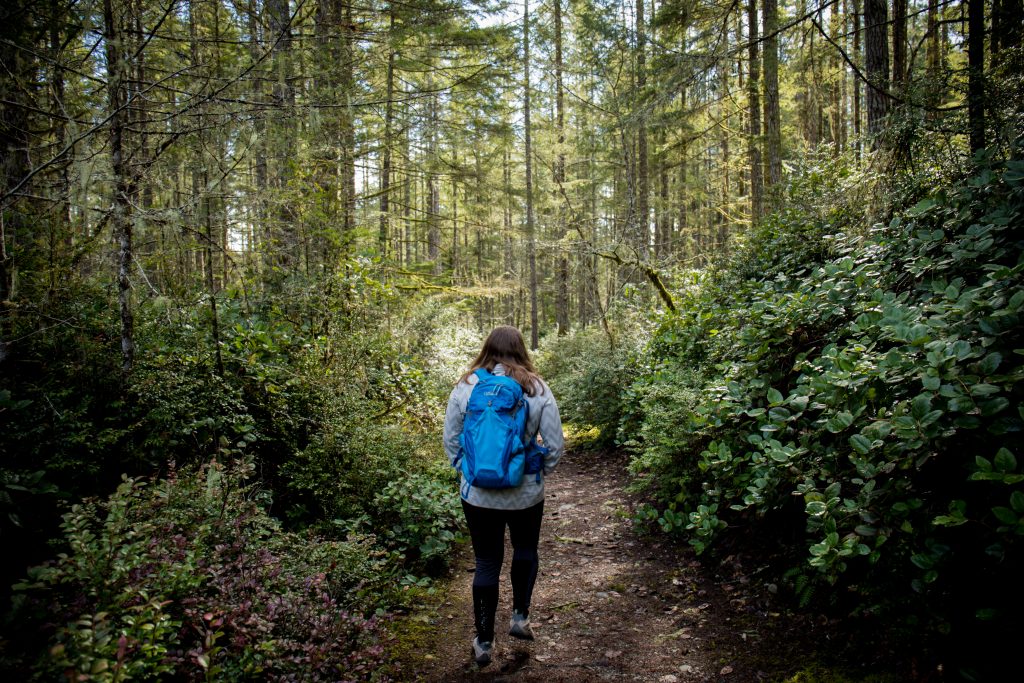 The trail heads downhill into this thick brush trail that reminded me a little of the mangrove areas in Florida.  You will hit a couple forks in the trail, but we decided all that lead down were correct. 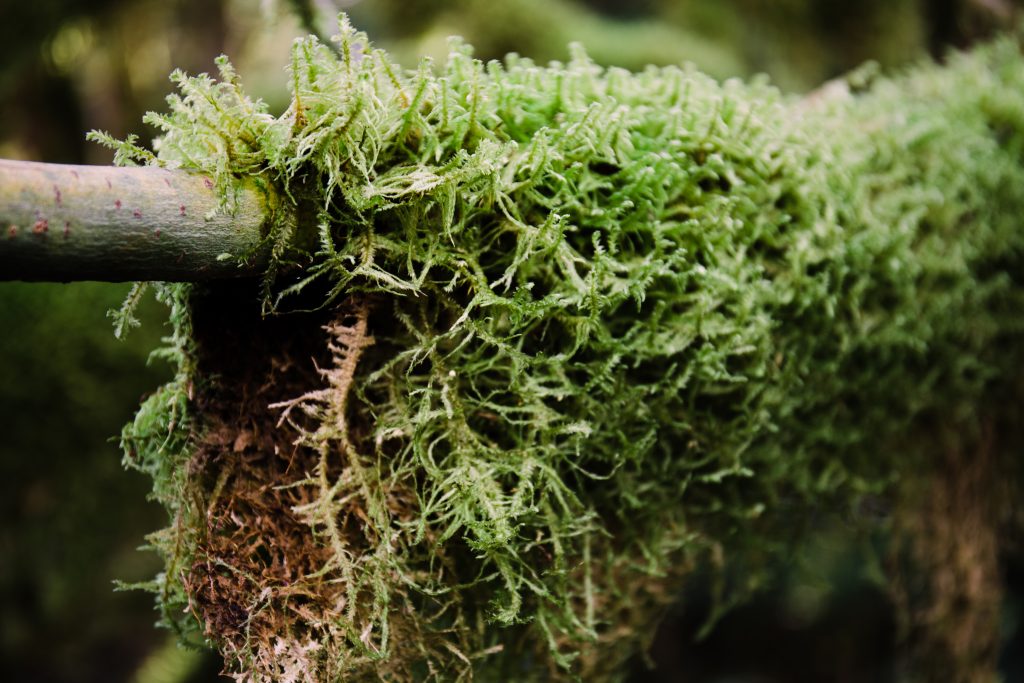 The area is named after the black-and-white-marked pigeon guillemot. Here’s a photo below: 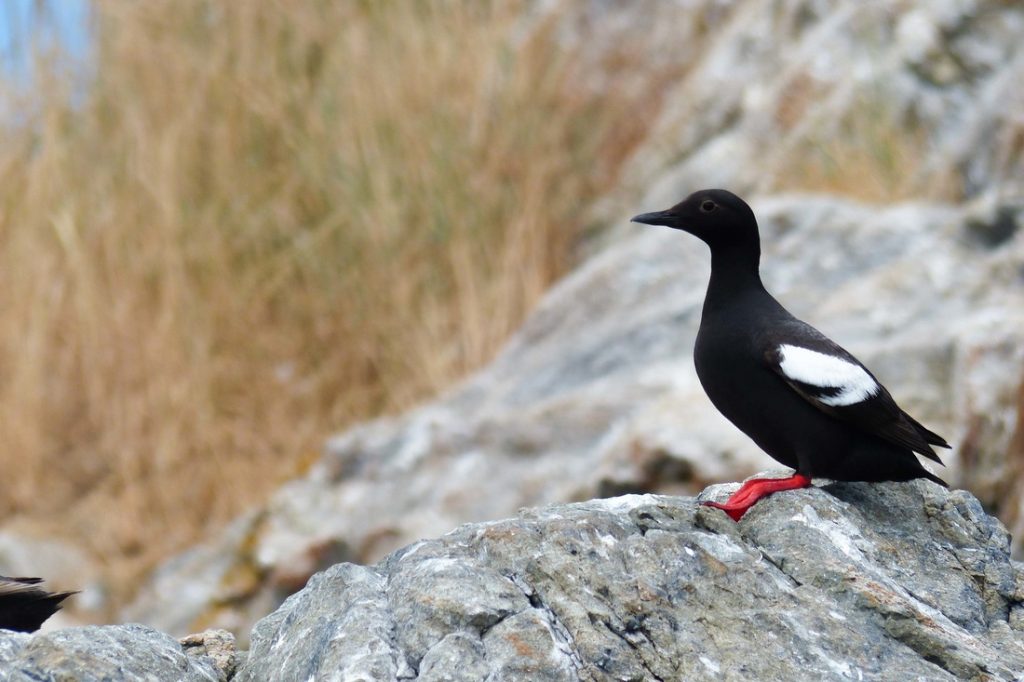 The preserve is a series of connected trails to explore. This is a create-your-own-adventure type of hike as you can wander around each of the areas to your hearts’ content. 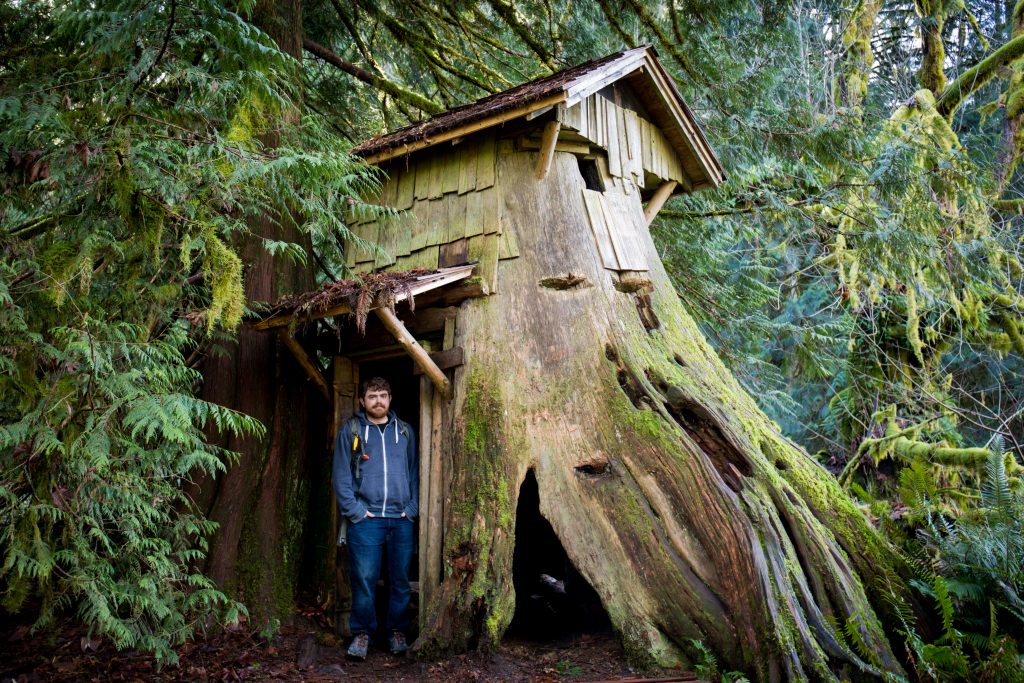 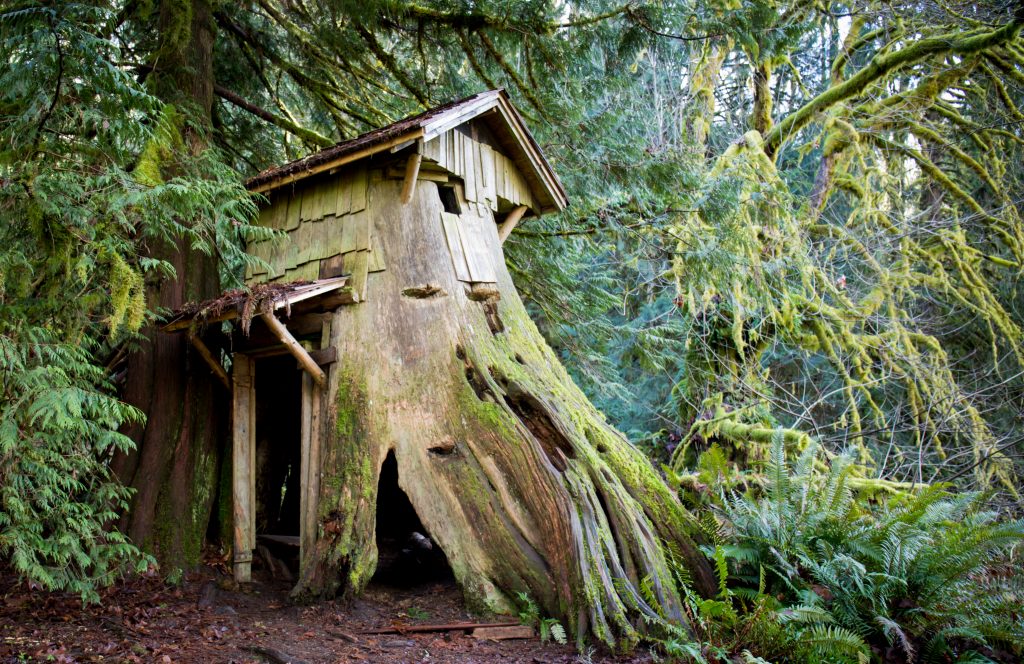 Be sure to check out the Stump House Trail as that was one of the highlights of our trip. It’s literally a giant stump that was made into a house fit for a hobbit! Apparently the Stump House has a darker history, and according to legend criminal called Dirty Thompson had built to hide out in from the law, was then without a roof.  (Who knows where that tidbit originated!?) 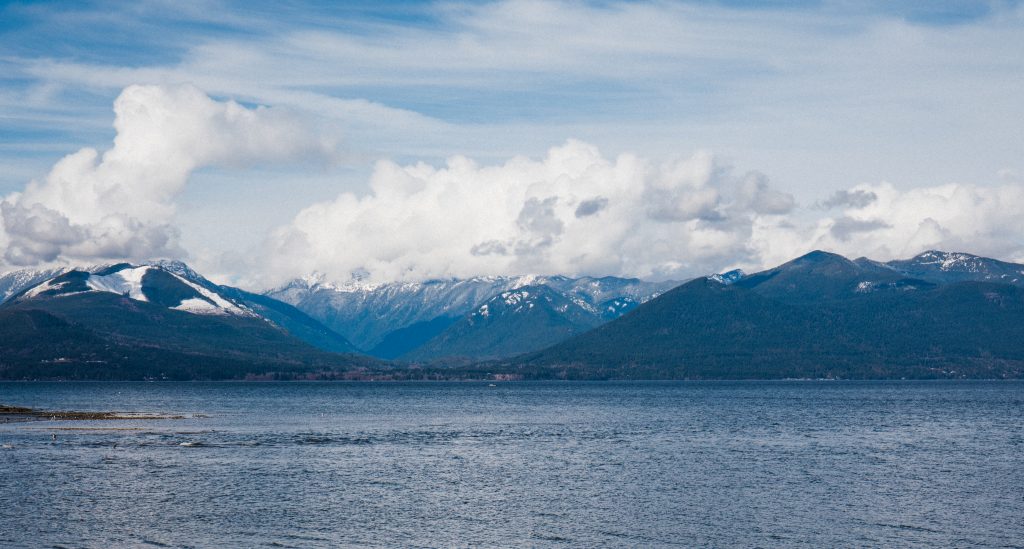 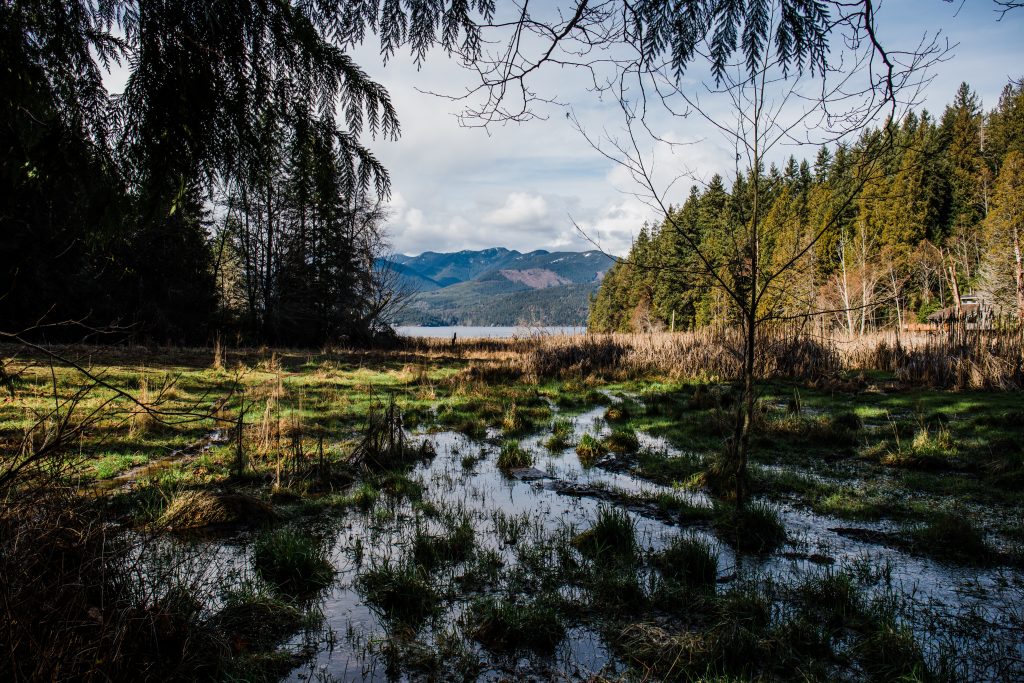 After we hit some of the forested trails, we went over to the beach area to break out the drone. We’ve had some trouble bringing it out recently after the rain, snow, and thickly forested areas we’ve been in. We’ve been dying to try it out in a grassy park or open area and this was the perfect spot. Plus, we got some cool views of the Olympics.

Check out our drone footage below:
(Disclaimer: It’s unedited and we don’t have the fanciest drone on the market, but it’s still fun to have a birds eye view)

After the hike, we turned our outing into an adventure and we drove to Bainbridge Island. We walked around the cute downtown area and found a local bookstore called Eagle Harbor Book Company that I want to take my sister to next time she’s in town.

Okay, so the best part of this adventure was that I finally got to go on the ferry! It’s still an odd thought to drive a car onto a boat, but fascinating as a form of public transit. ⛴??‍♀️

For more information, check out WTA!