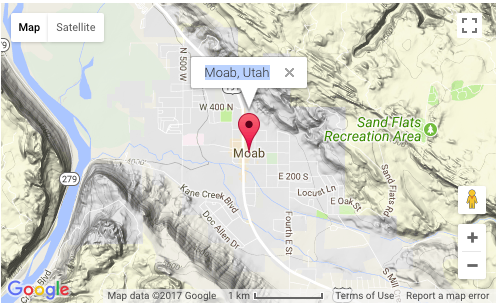 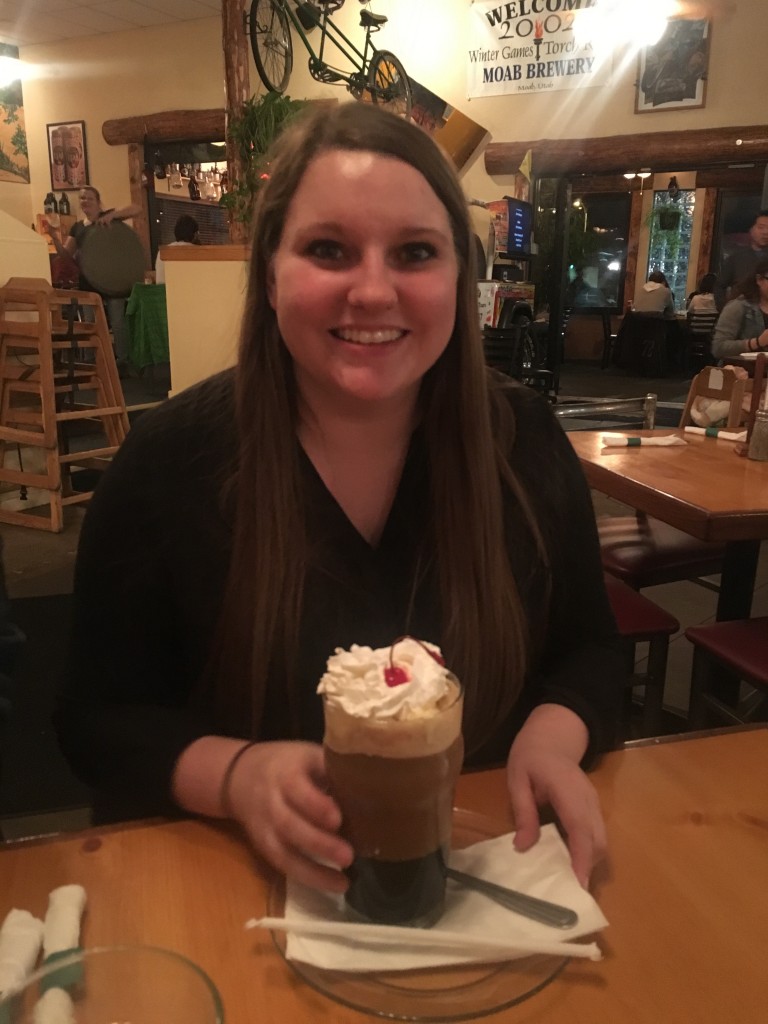 We left Salt Lake mid-afternoon, arriving in Moab after the 3.5-4 hour trip just in time for dinnertime! We chose to go to Moab Brewery since it offered both Moab-specific beer and dinner. On their website, they actually advertise that they are Moab’s largest restaurant and only brewery. Sounded good to us!

Brighton and my friend Rachel both got the Jack Daniel’s burger, and they thought it was pretty good. I got the blackn’d tilapia over pasta, which was good, but not the best I’ve ever had. I guess that’s what I get for ordering seafood in the middle of the desert. 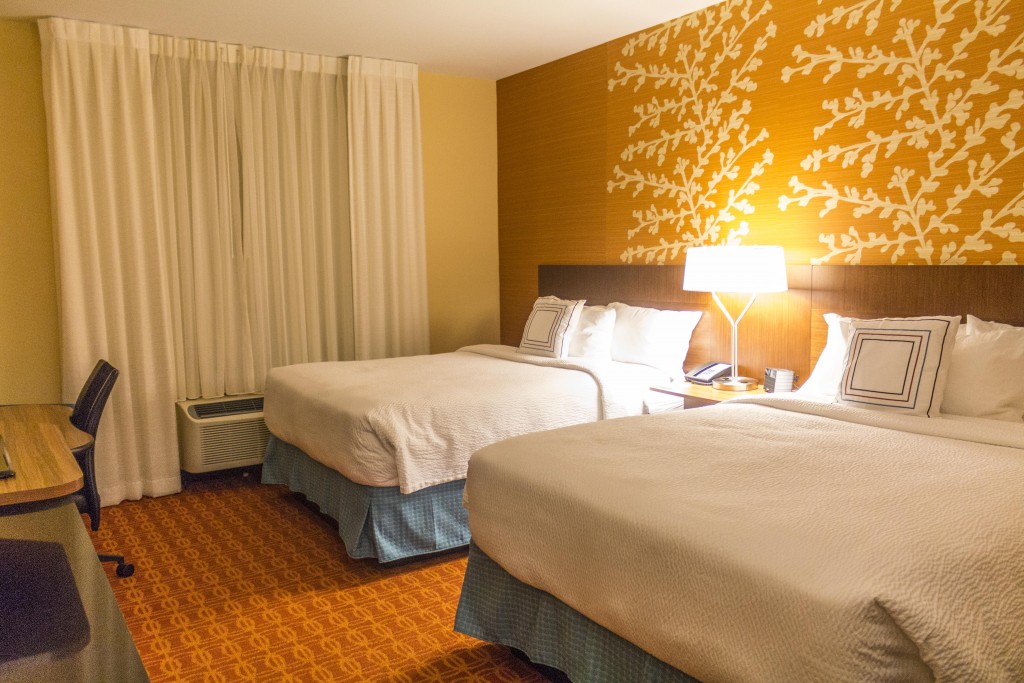 After dinner, we went back to our hotel Fairfield Inn & Suites by Marriott, and enjoyed the hot tub. The hotel opened within the past couple years, and it was clean, offered great amenities, and the staff was friendly with any requests we had. Since it was off-season, it was reasonably priced and in a great location, only about 5 minutes from the Arches park entrance.

I was impressed with their TVs. Just like at home, you could connect your Netflix or Hulu account to the TV! It was simple; I didn’t realize that my hotel experience was missing this amenity. It was nice to have access to our favorite TV shows and movies without having to bring an HDMI cord and a laptop (or Chromecast).

I also enjoyed using their iHome radio/speaker system. Since I am a millennial that hasn’t used a traditional alarm clock since I was in elementary school, I used the Bluetooth connectivity to connect my phone to the speaker and play music while I was getting ready in the morning. 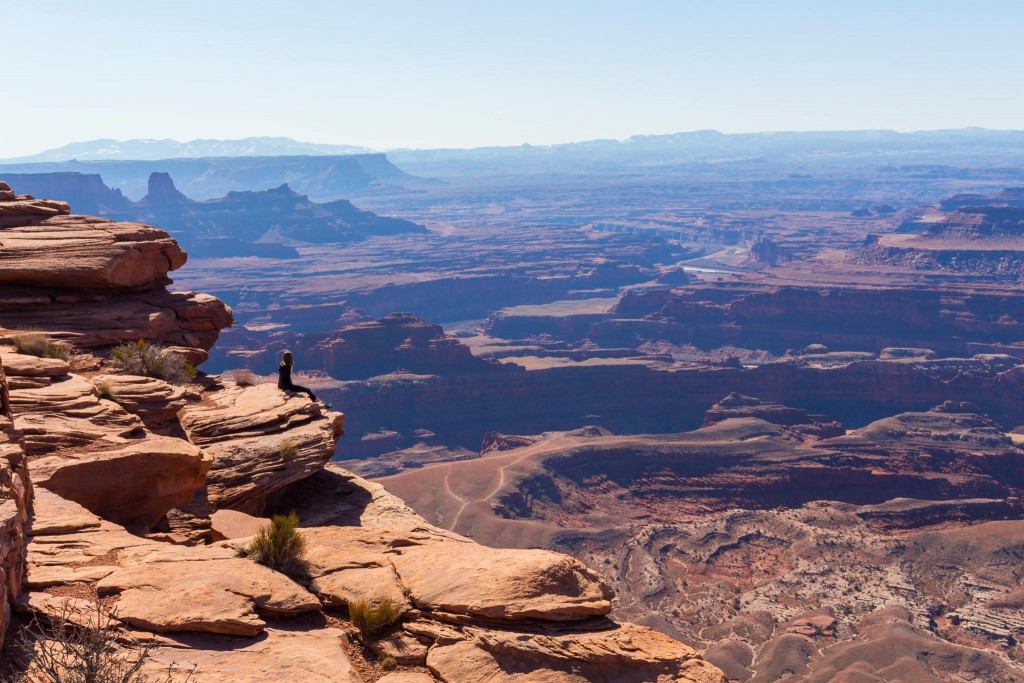 We began our day by driving out to Dead Horse State Park. We discovered this park the last time that we were in Moab, looking for a place to camp over Memorial Day weekend. Our plan was to camp in Canyonlands National Park, but when there wasn’t anything available we stopped into this state park that looks over Canyonlands. We ended up getting the last campsite, and it ended up being a blessing in disguise. The campgrounds are beautiful, very clean and well-kept. 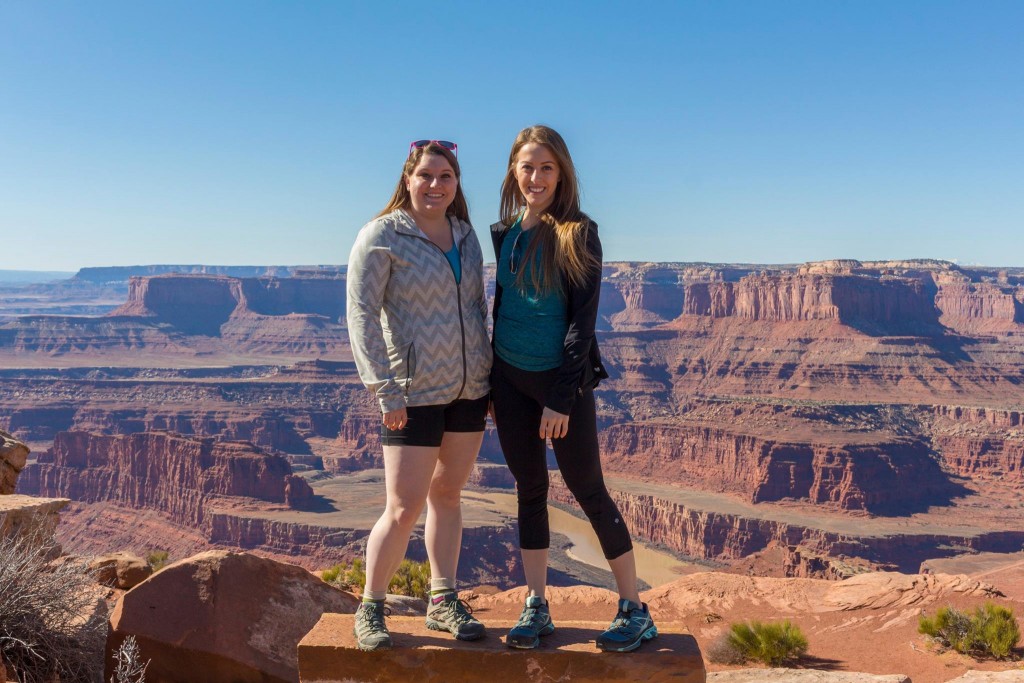 On our trip this time, we went out to the overlook of Dead Horse State Park. Dead Horse State Park has a dark legend surrounding it. The legend says that the point was once used as a natural corral to herd horses onto this narrow strip of land and then fenced in with brush and branches. Then the cowboys took the horses they wanted and left the rest to die of thirst as they overlooked the Colorado River that was 2,000 feet below them. Kind of morbid, right? 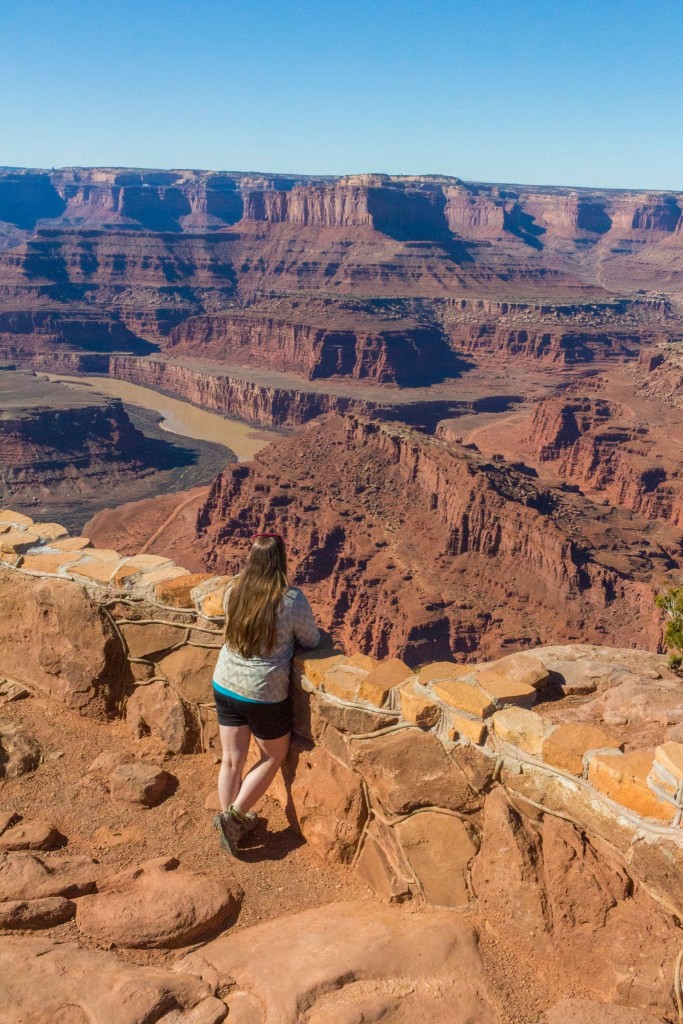 Let’s get back to the positive stuff! The views are amazing! It’s like a mini-Grand Canyon! No, really. It is. The East Rim Trail (1.5 miles, easy) that wraps around the point overlooks Canyonlands National Park. Brighton and I think it’s actually prettier than Canyonlands! 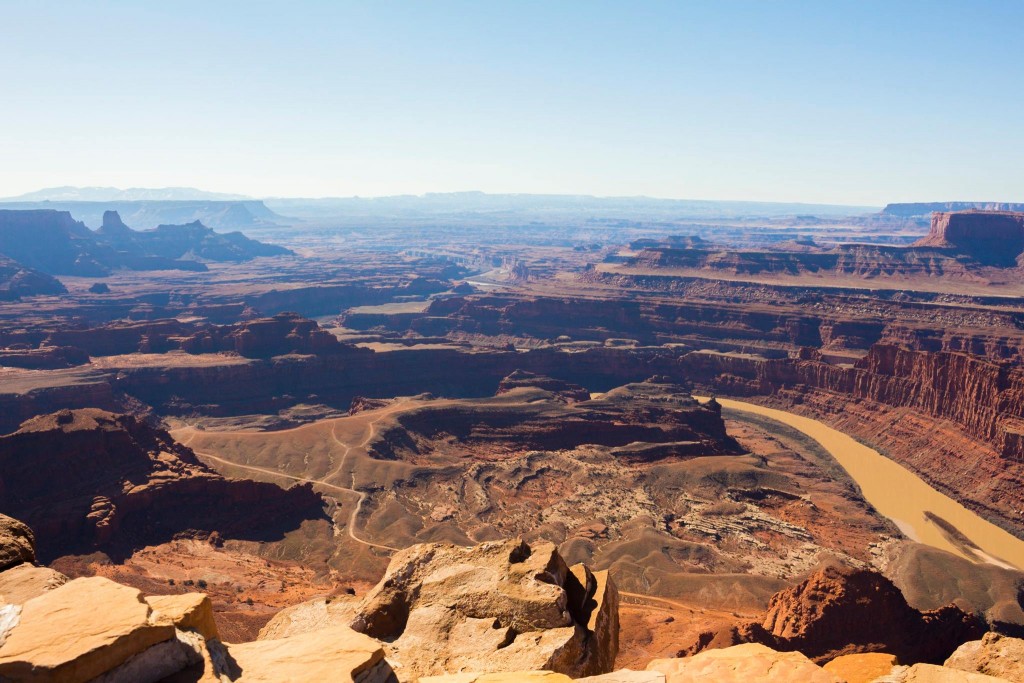 It’s really worth a visit if you’re in the Moab area. It’s less crowded than the National Parks, but still very pretty and awe-inspiring.

I’ve been to Arches three times now, and each time I try to find something new to see. My friend Rachel found an app that even shows you different hikes in the Moab area. It’s called Moab Trails. 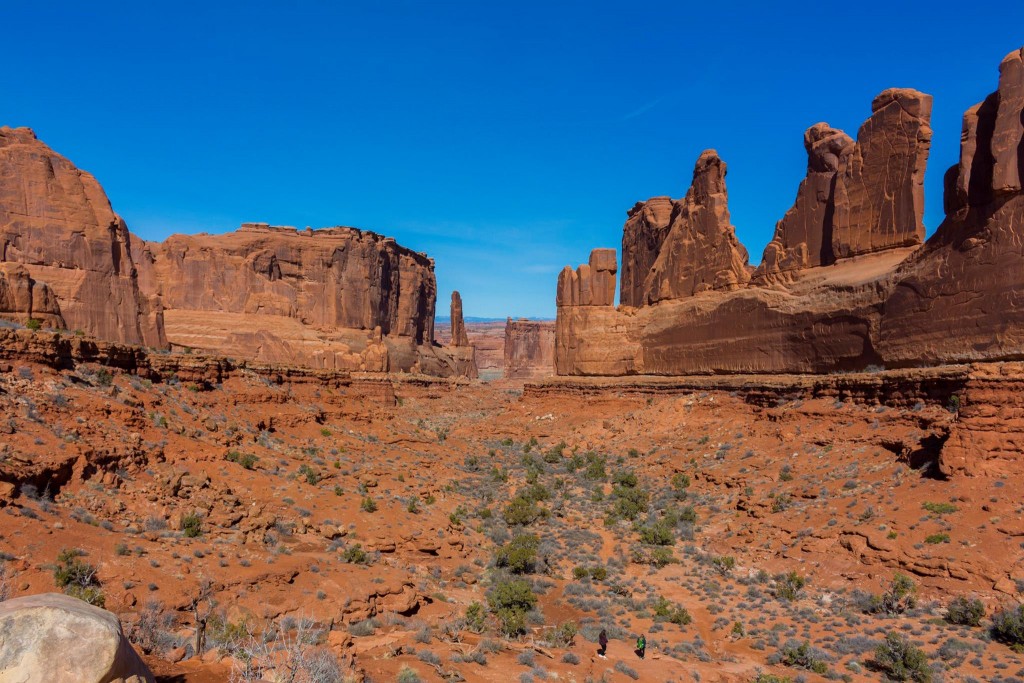 This was my first visit to the Park Avenue area. It was named by the earliest visitors because they thought the high walls of sandstone reminded them of skyscrapers. On this short hike, 1 mile one-way, you descend into a canyon into a wash. When we were there, the contrast between the red rock sandstone walls and blue sky were just spectacular. We didn’t do the entire hike, due to our limited time, but we felt like we were able to experience the Park Avenue experience. There’s also an option to park a car at each end of the hike if you have two cars with you. 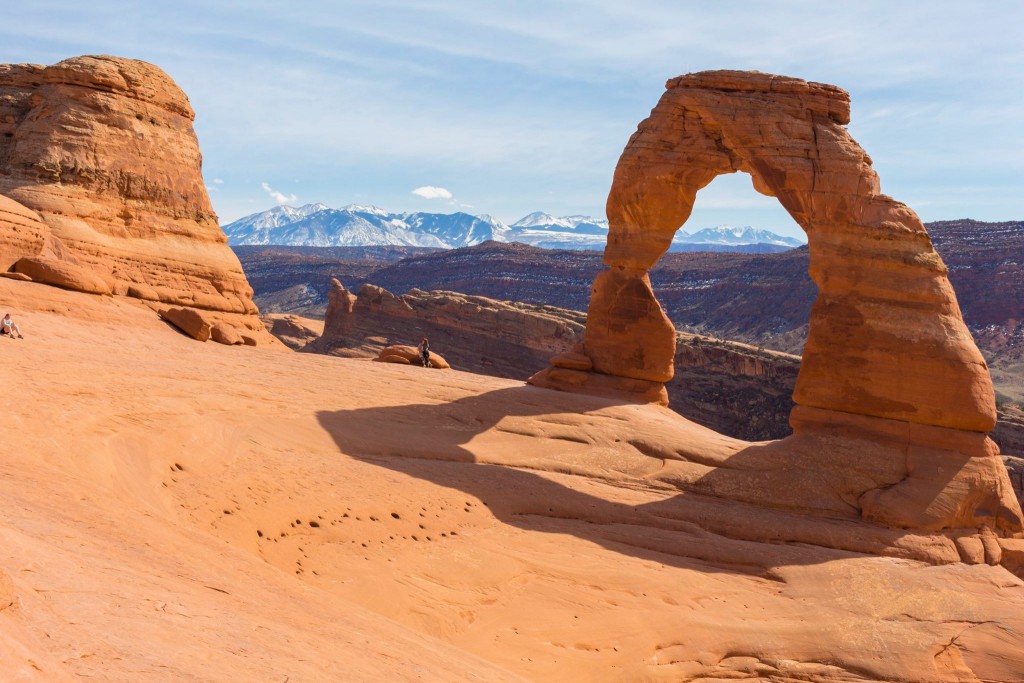 This is the iconic hike of Arches National Park. Like I said, if you go to Arches, I definitely suggest making this part of your “to see list”! The park information rates this hike as difficult, though I’ve seen many people of all ability levels make it up there, including children. This trail does climb just about 500 feet in elevation gain over the 1.5 miles (one-way), though once you’re there, you might think I’m lying. 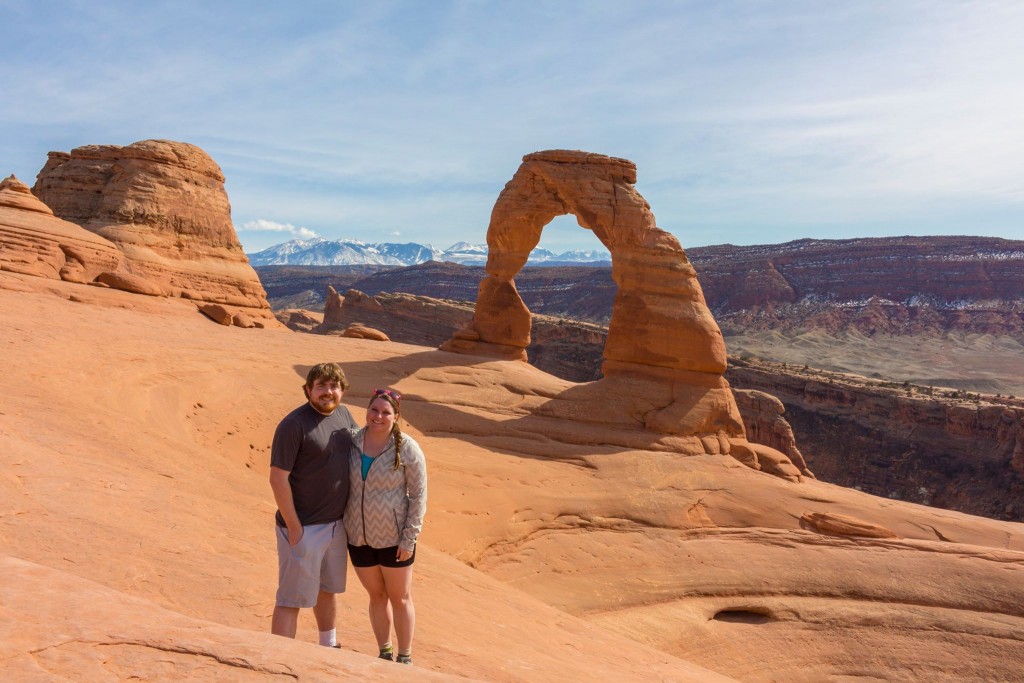 We did a 13 mile hike last weekend, with more elevation gain, and somehow this seemed harder? It’s so worth it when you see that arch though, so keep going and take frequent breaks! I suggest wearing good hiking boots or shoes with traction, since parts of it can be slick. Don’t forget your water and a hat/sunglasses/sunscreen! You will be exposed to the sun, as there’s almost no shade on this hike. 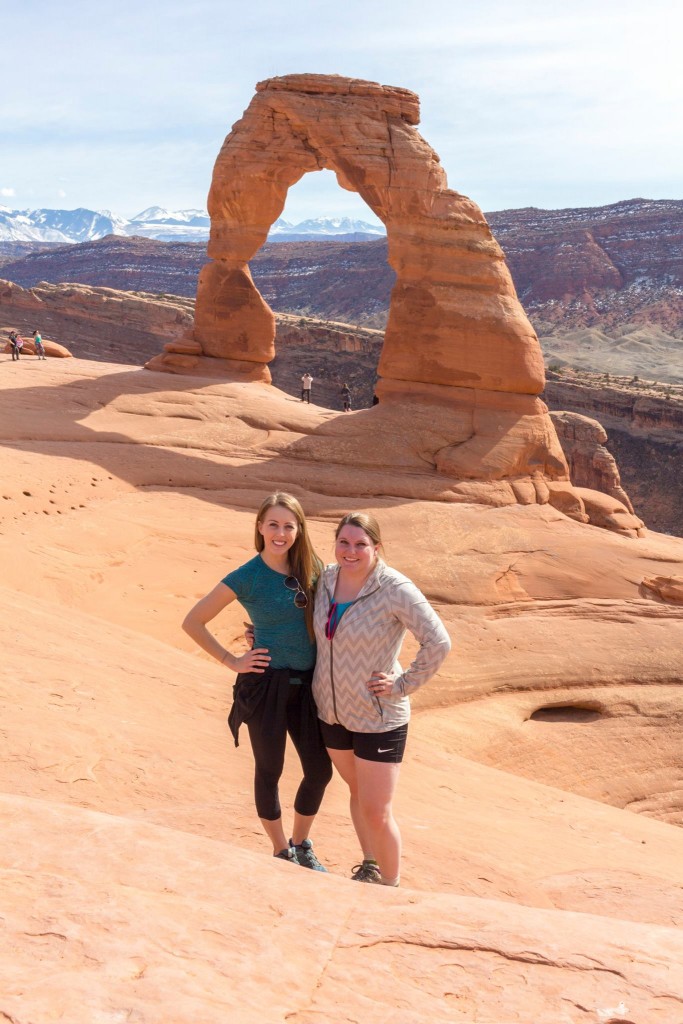 What I love about the view of the Delicate Arch is that it sits in front of the La Sal mountains, and at the time of year we went, they are snow-capped. The red arch, majestic in itself, plus the blue sky, plus the snow-capped mountain range in the background is just stunning. There’s a reason why Utah uses this arch as a symbol to represent the state! Just go. You will not regret it.

After our hike, we wanted to grab some lunch before heading back to Salt Lake. My friend Rachel chose a Mexican food restaurant located on the southeast end of town. It’s not easily visible from Main Street, but you can use the Cheveron gas station as a landmark to help you spot it. When we first walked in, we had our doubts. Bad Mexican food on a road trip is never a good feeling… But we were seated quickly, and given chips and salsa. The restaurant had great Yelp reviews, so we proceeded, throwing caution to the wind. 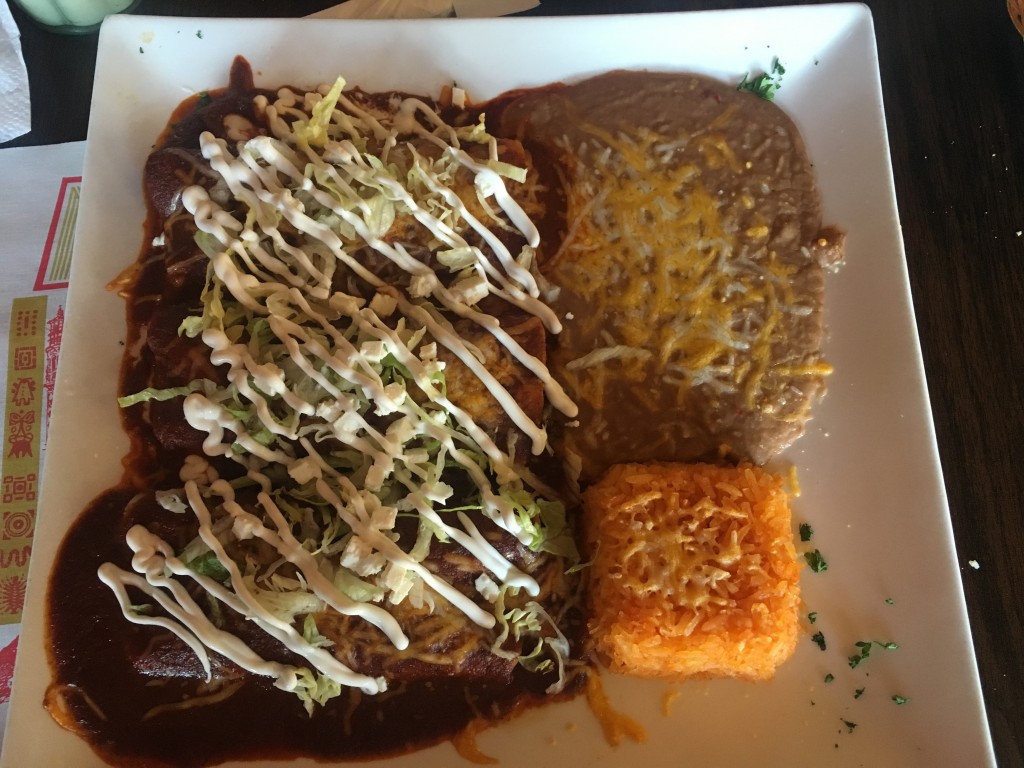 We were not disappointed. Rachel ordered guacamole, and she loved it! She mentioned that she could tell that it was made with fresh ingredients. I had the horchata (yum!) to drink and the Enchiladas Rojas (Red Enchiladas). They were delicious. I also really enjoyed the Mexican rice, which is usually something I barely notice in these types of places. The rest of our party really liked everything that they ordered. It was an all-around crowd pleaser! Oh, and as a side note, it was pretty cheap! The average meal was about $10. Not bad, Moab, not bad! 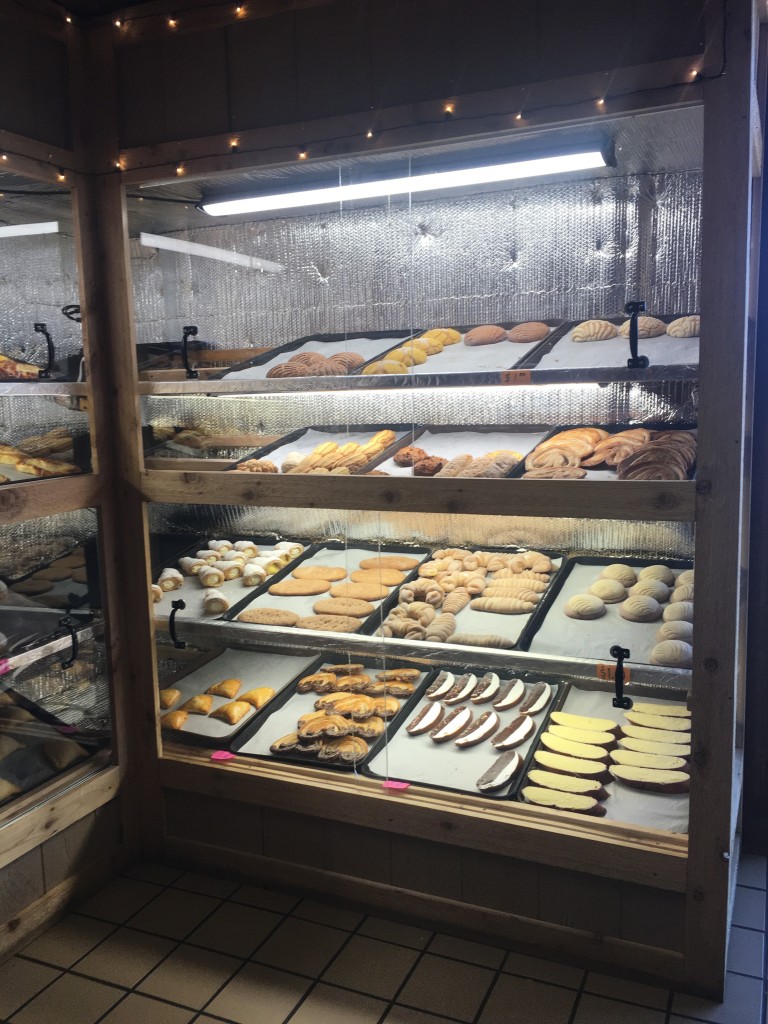 Finally, while we were so full, we got some GIANT pastries to go. They were too hard to resist– cheap, huge, and authentic!

What are your favorite spots in Moab? Have you ever done the Delicate Arch hike?