Last weekend, my future mother in law and sister in law threw me a bridal shower to celebrate with my SLC friends and almost-family. It was hosted at my sister in law’s gorgeous new house. It’s something you’d see in a home magazine, seriously. 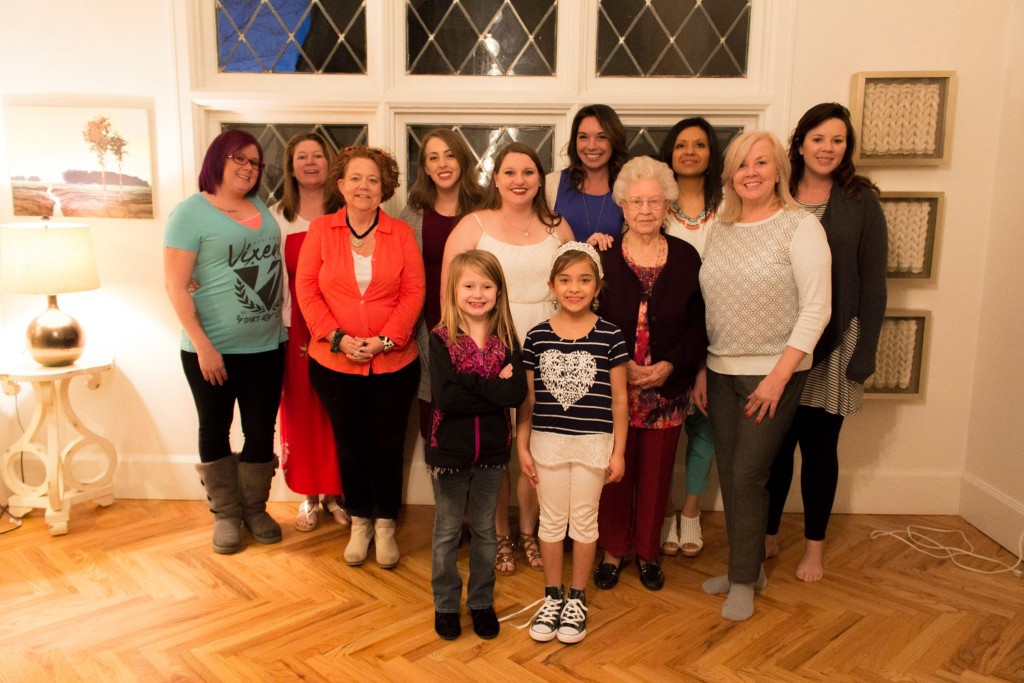 Anyways, it was somewhat last minute, so we gathered all the aunts and cousins that were able to attend from Brighton’s side, and a few of my friends from work and other places for an evening gathering.

For snacks, we had arugula salad, cheese and crackers, fruit and dip, and other finger foods. The shower began with everyone arriving and chatting for a bit while eating. Doesn’t the food look delightful?! 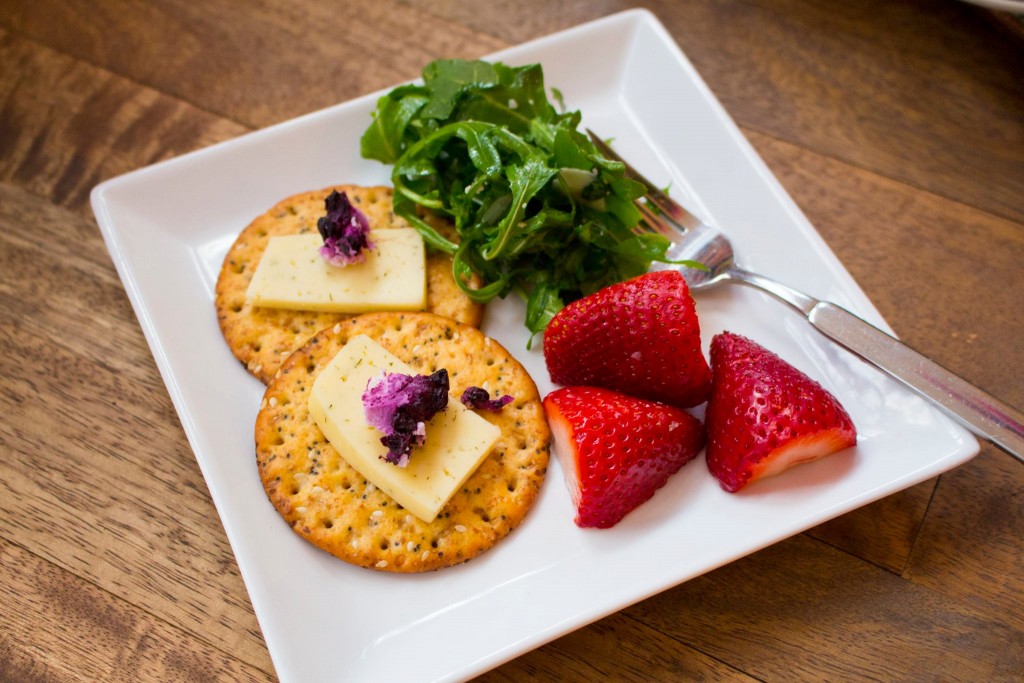 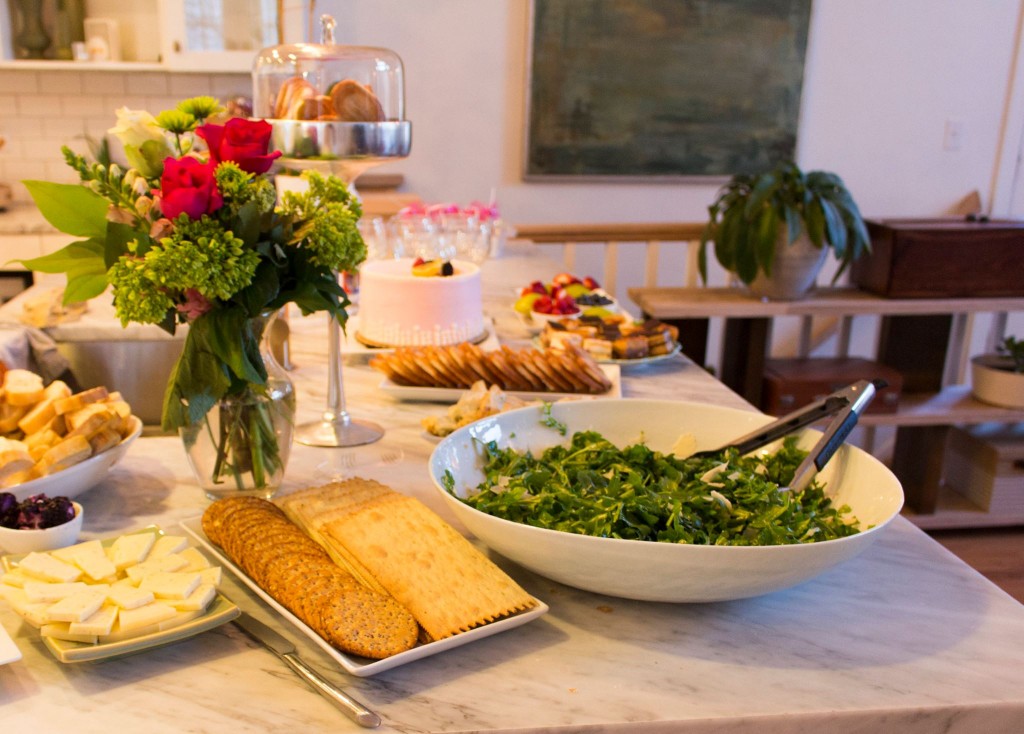 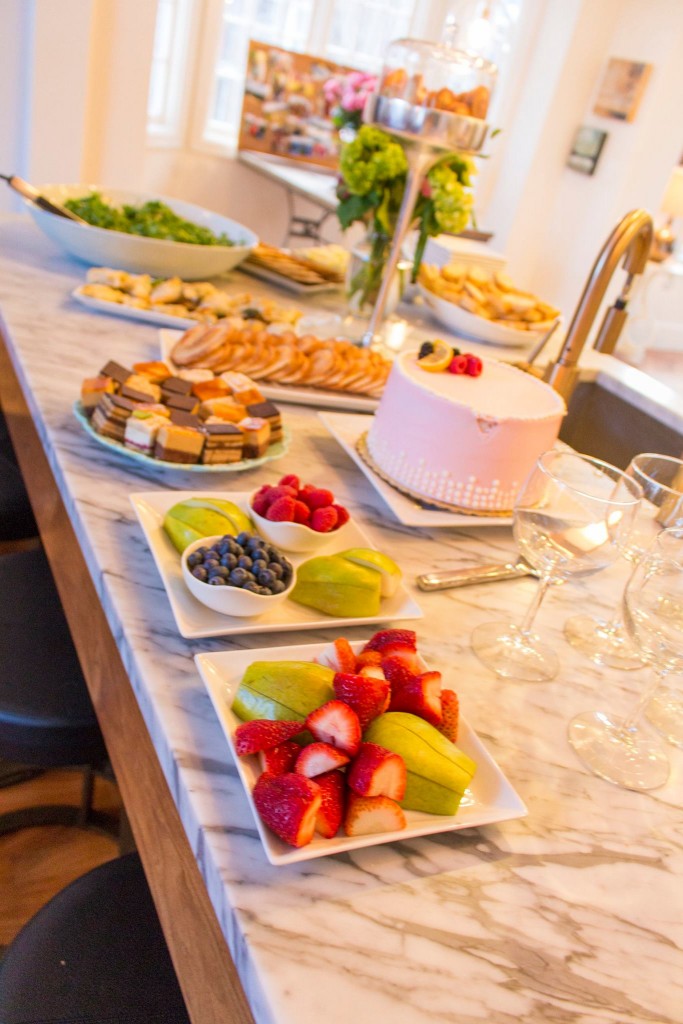 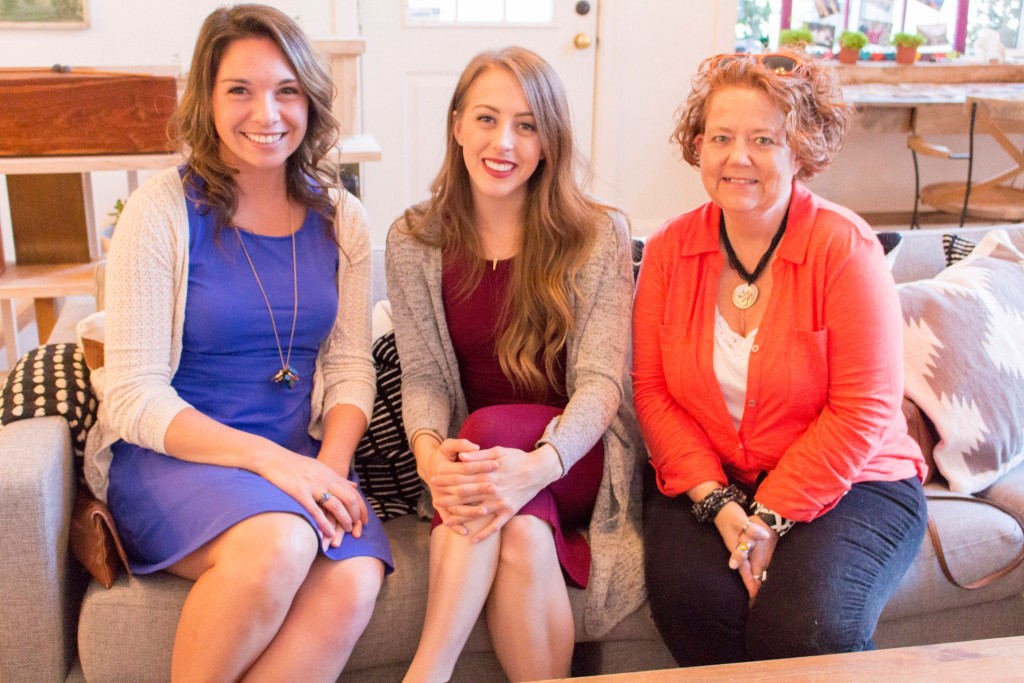 Since we didn’t get to play the “Where in the world did Hilary go?” game at my Florida bridal shower, my sister sent me the information and we played it at the Salt Lake shower. The game was a powerpoint of photos of me in different places throughout the years (with different travel companions), and the guests guessed where the photo was taken. They had a worksheet of options so they had some options to narrow it down from. It was super fun, and a good way for the family get to know me a little better. The guests had fun guessing where the photos were located. My friends Rachel and Katie, who are from the East Coast had an unfair advantage for a few of them. 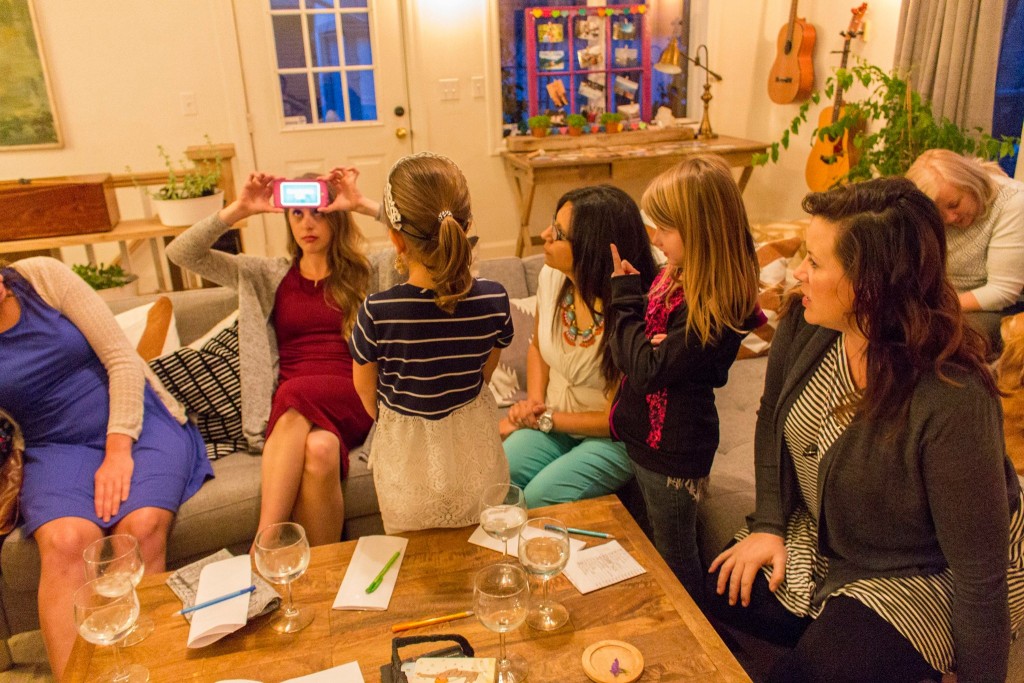 The second game we played was Heads Up! It was such a great ice breaker at the last shower that we created a new deck with the similar idea, and played in Utah. Just like before, some people were more willing to play than others, but it seemed like everyone had a good time playing. The two younger girls that were at the party had the greatest time playing the game after the rest of the group moved on to different activities.

The last part of the shower was opening presents, and eating the pretty cake that my mother in law bought. 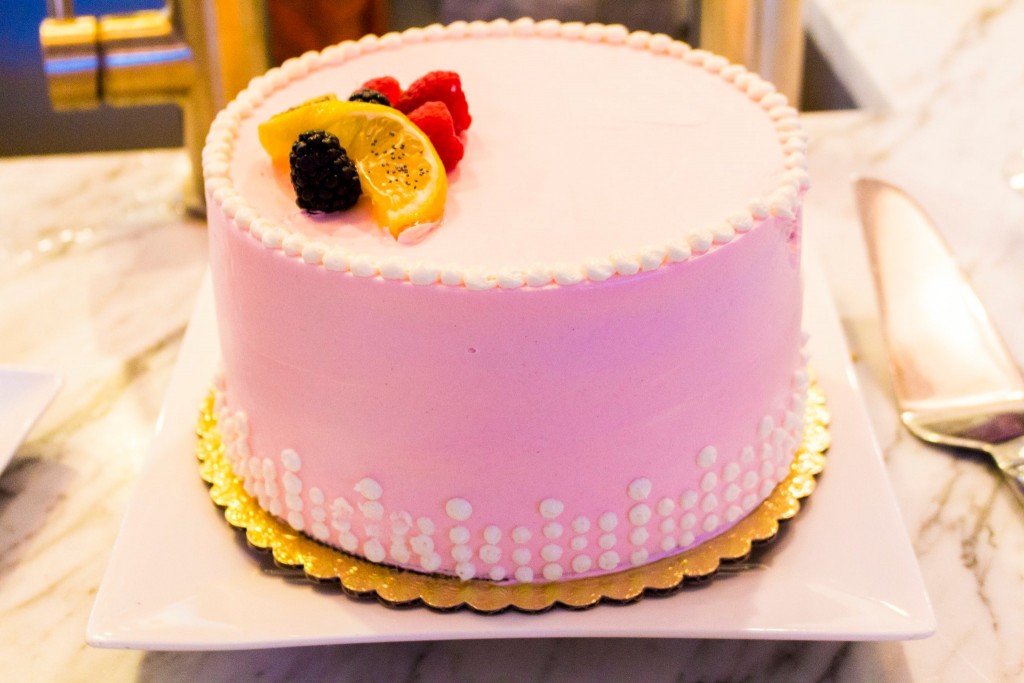 The Gardiners bought us a nice vacuum! I’ve already used it, and I’m super thankful to finally have a great vacuum. Is that a sign of adulthood? Being excited about a new vacuum? I guess so. Having two cats makes it hard to keep our apartment clean, but I am sure going to try! I also received a nice soft scarf and night dress from Somer, a couple candles, and a canvas of the US in gold paint. 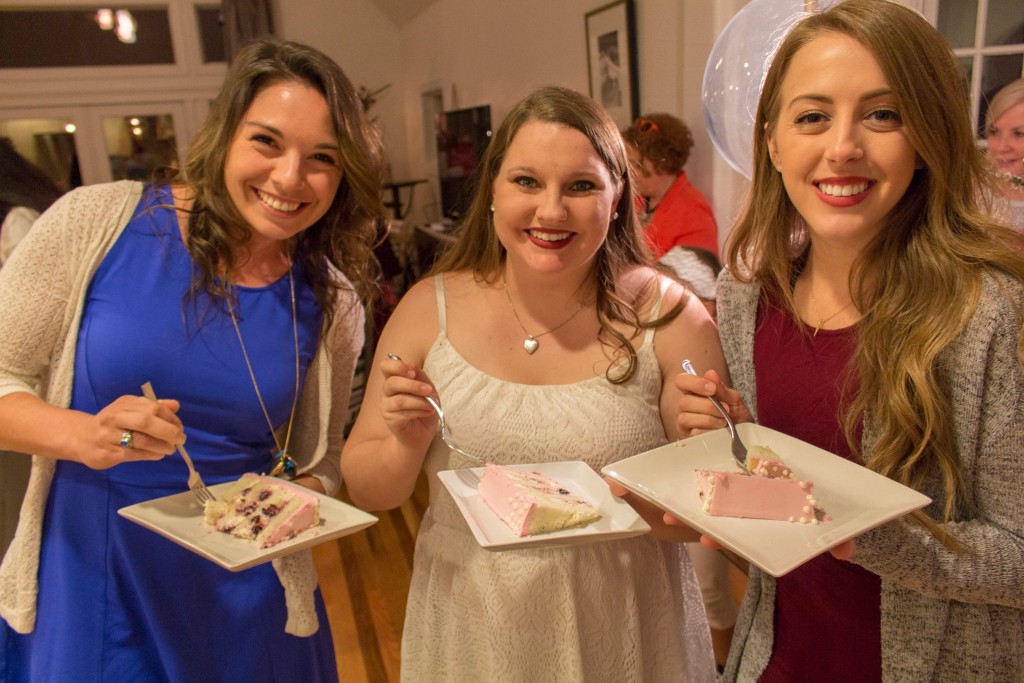 After presents, people started to head home since it was getting later. It was nice to feel welcomed into the family since we didn’t have an engagement party or any type of formal celebration with Brighton’s side of the family.

This is me with the wonderful hostesses– Somer & Michele! 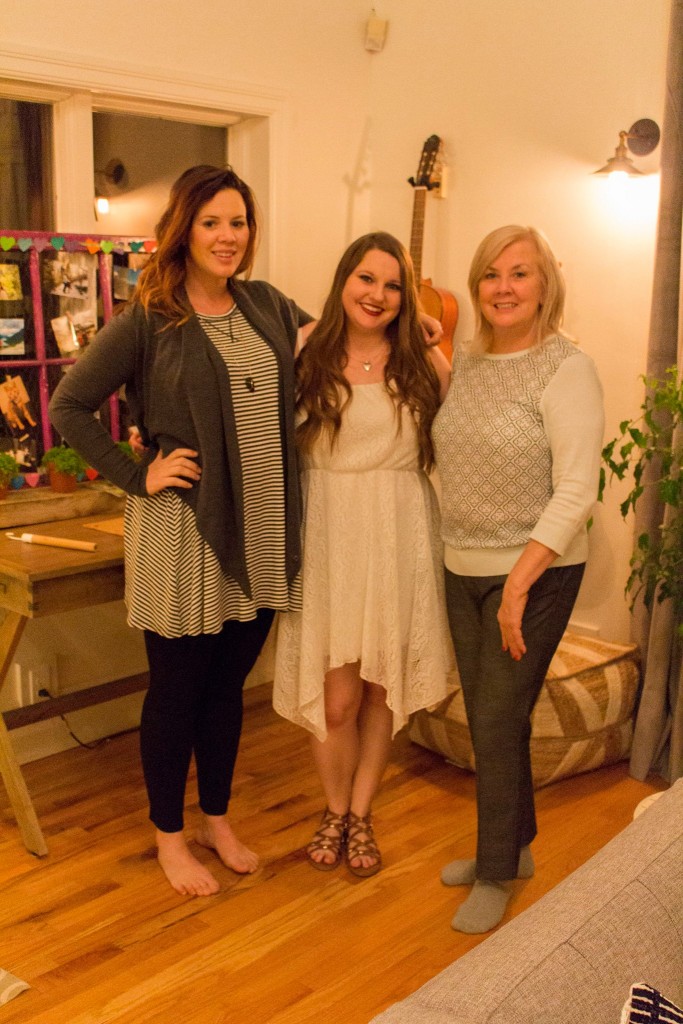 Only 2 more weeks until I’m officially part of the family! 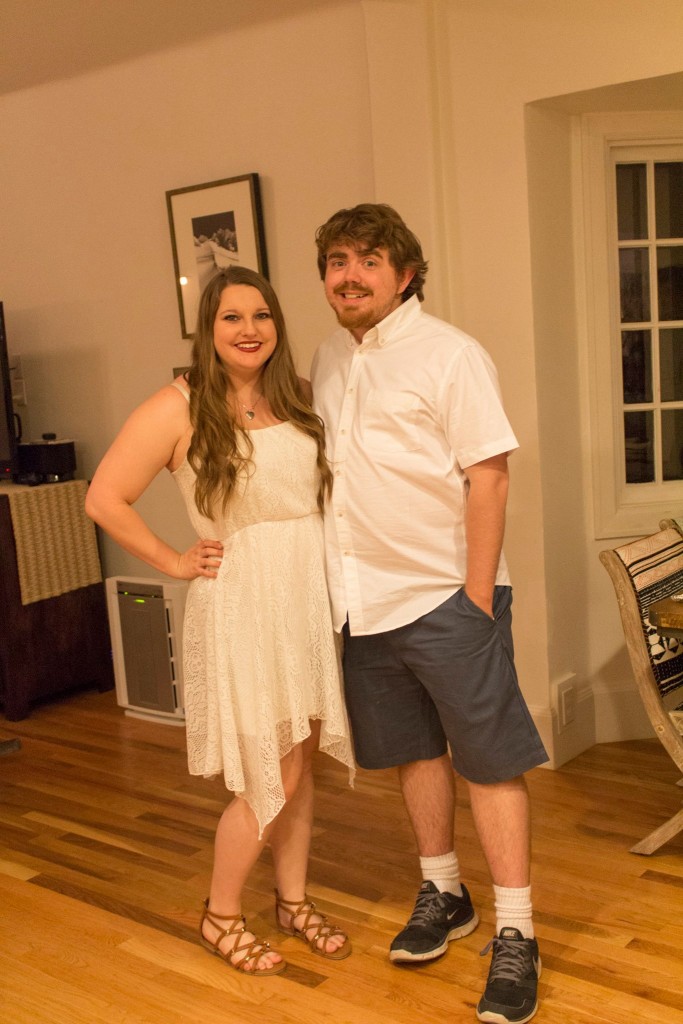 What Makes Me Happy [30 Day Challenge]