This one was on my bucket list to complete (since December when we came to house hunt), and it was worth waiting for! It’s been called a competitor for one of the “best views” in Washington, and I would say that is accurate! The area is just gorgeous everywhere you look!

This hike is in the Mt. Baker area, about 3 hours from Seattle. The weather called for perfect, sunny skies and no rain or snow, so we committed to the drive. 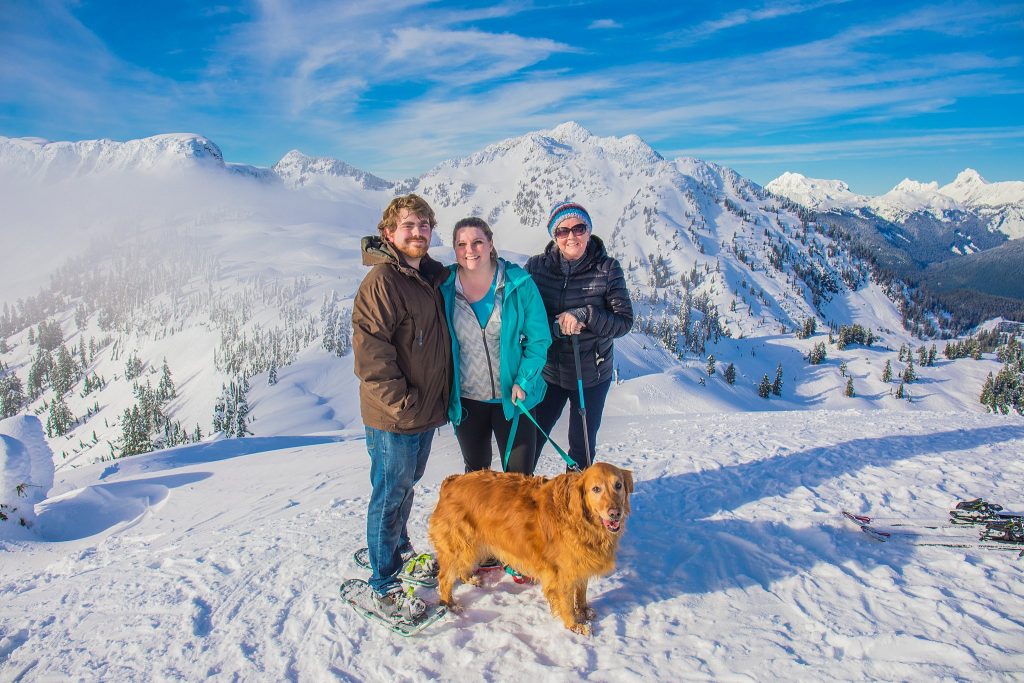 In addition, Brighton’s mom was in town, so we thought this would be a good opportunity to do something a little more special than the average hike, something uniquely-Washington!

After stopping for our usual coffee and gas, we hit the road. The weekend’s weather called for sun and blue skies, which made even the drive gorgeous. We had sneak peeks of the mountain areas as we approached the mountain area. 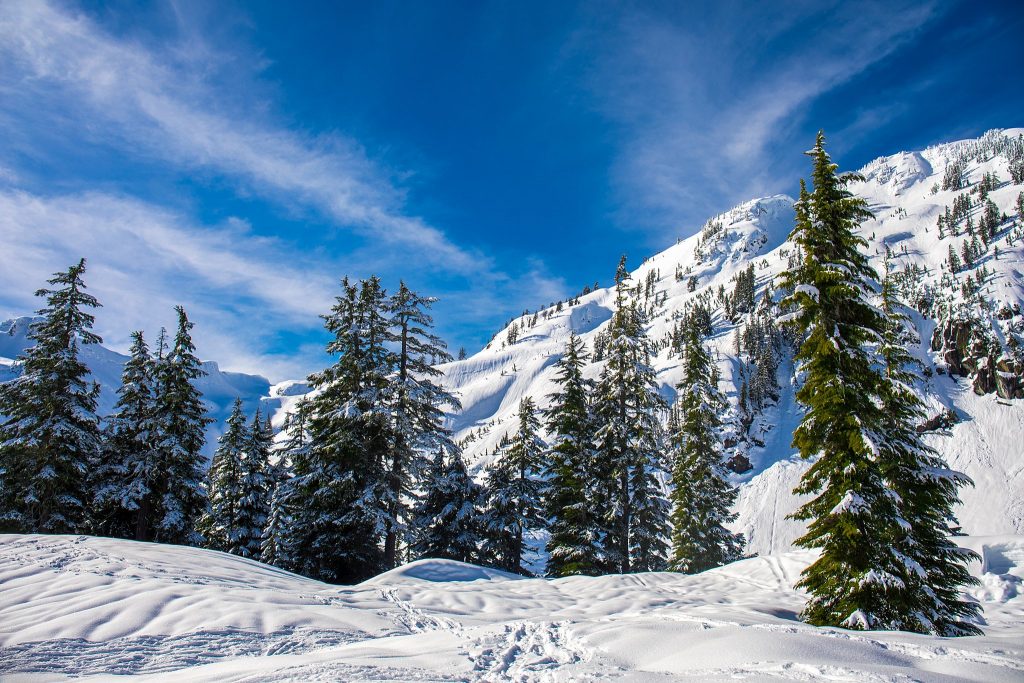 When we finally got up there, the parking area was packed! I mean, who wouldn’t want to take advantage of the nice weather to get out on the mountain? Since it’s a ski area, there was even more hustle and bustle around than a lot of areas. Luckily, it was easy to find someone to ask for a point in the right direction of the trailhead. 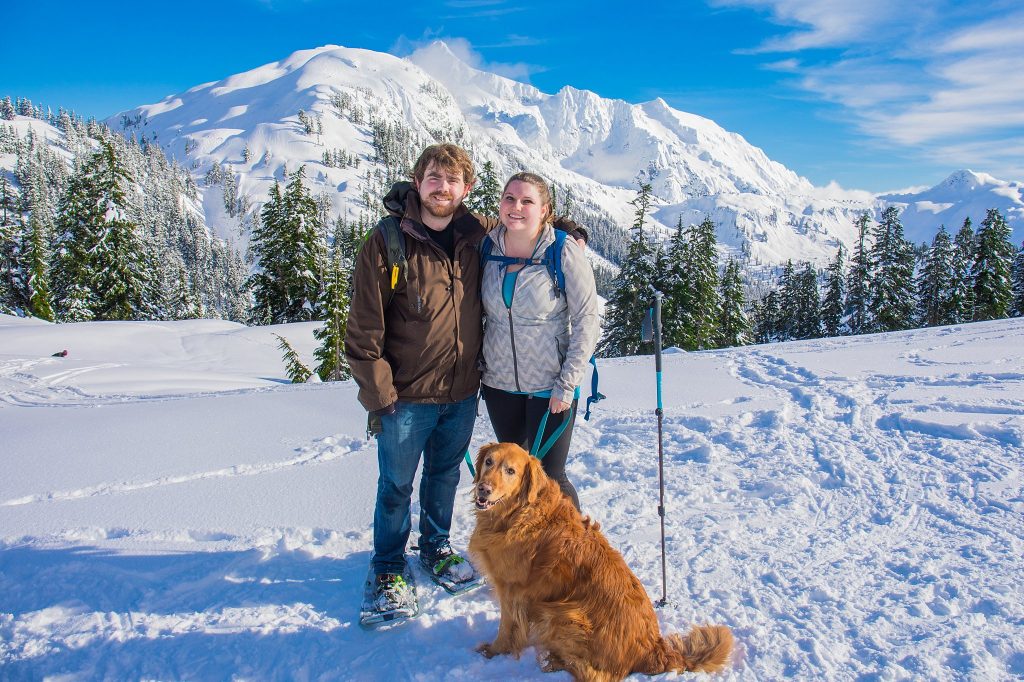 We put on our snowshoes and looked around. There were several different foot paths in the snow, which made it a little confusing which to follow. One of the locals said that there are a lot of ways to get to Artist Point (at this time of year), and to just pick one and go. Us and some other hikers navigated our way through the path. We discovered that they all essentially led to the same area. 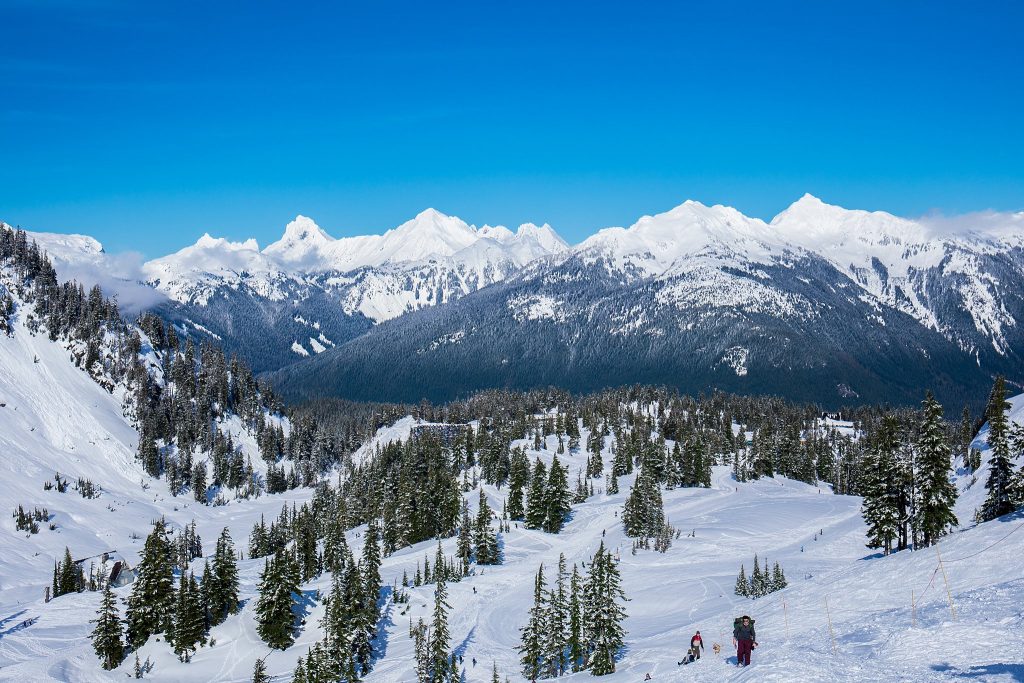 There was one portion of the trail that bordered the ski area boundary, and the elevation gain was fairly steep. There was a little bit of a “traffic jam” as people were coming up/down at the same time. The trail had narrowed down to single file, and some people were struggling climbing up the grade. We used our snowshoes to dig in and climb up. In this portion, it was especially helpful to have a pole handy. 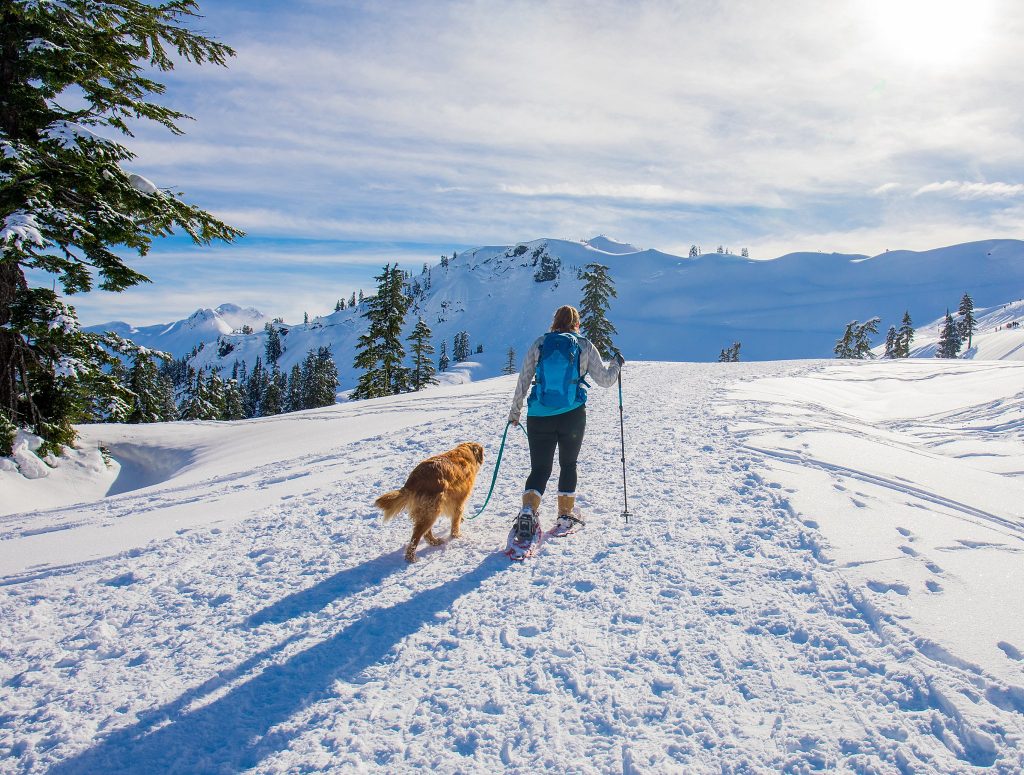 The trail had a couple portions that were relatively steep in comparison to the rest of the hike, but I liked that it gave plenty of flat area to recover. 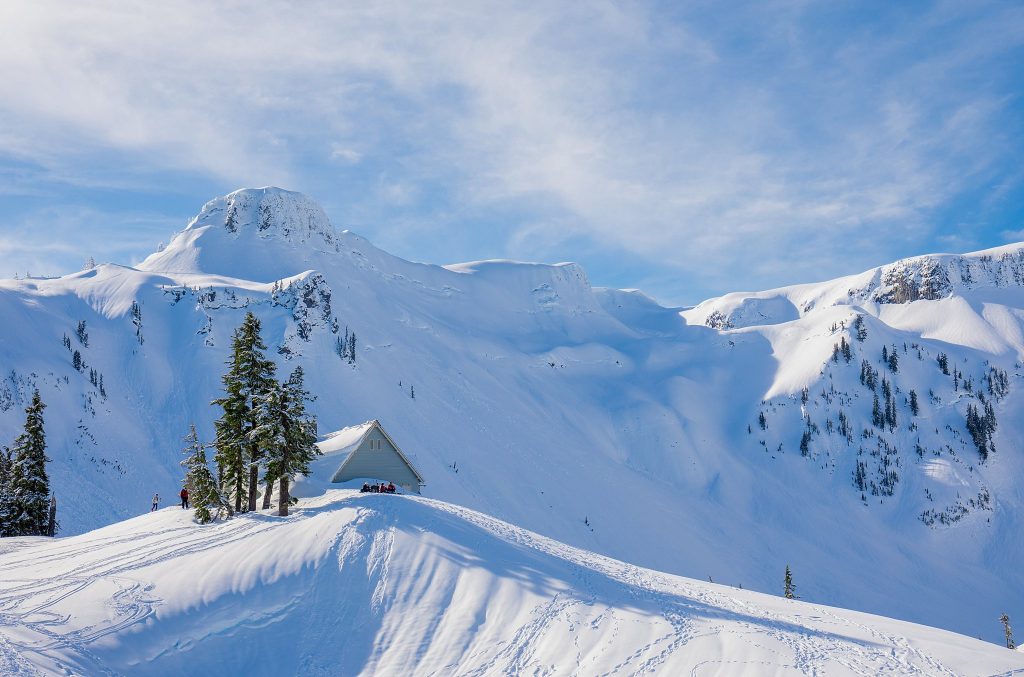 The final steeper portion revealed the ridge which had panoramic views of the mountain ranges encompassing the trail. It’s hard to articulate how I feel when I encounter vistas that make me feel so small and full of contentment at the same time.

By the time we got to the point, a few clouds were starting to roll in, creating an almost eerie feeling. We headed down the mountain the same way we came. 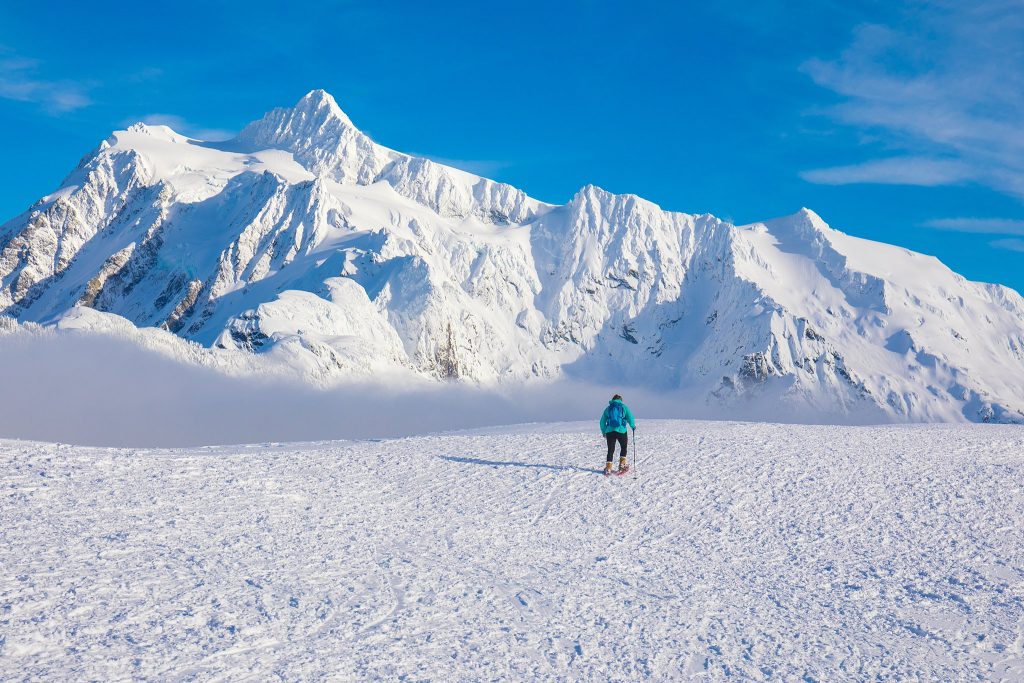 Coming down the steep part was actually a lot easier than I had anticipated on the way up.

It was a beautiful day on the mountain, and I was glad we took advantage of it!